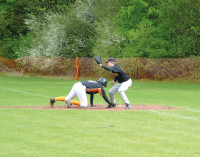 My name is Glyn Lightfoot and I am a volunteer for Halton Baseball Club in Runcorn. My job title is Field Development Officer, which involves me working to a five year plan that I started two years ago, which I produced for the future development of the field.

Our field is called The John Mills Ballpark, named after a previous head coach who helped form the club. I have been working at the club for approximately twelve years and started as a helper when my son Daniel played for the Rookies, 7-10 year olds, and I helped put out equipment and fill in holes that rabbits had dug.

At that time, I was working as a Shift Team Leader in the Research Laboratories at Thornton for Shell and, after thirty-six years, retired in September 2012.

The field is a local sportsfield and was originally used for football and rugby until our club had to move from the Norton Priory (which we had been at since 1997) to this facility at Halton Sports ten years ago. 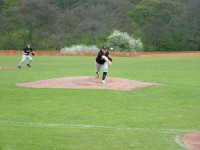 All our help is from volunteer parents, players and coaches, with only the council giving us outside help. Coaches are parents and players who take the time to go on baseball coaching and umpiring courses to help the club.

As we are solely a volunteer, non-profit making club, money is only collected from subs, paid by players for indoor and outdoor training which pays for the field hire from the council, the hire of halls for winter indoor training and also for equipment such as batting helmets, bats, balls, gloves and shirts. Also, we occasionally get small grants or donations, which help pay for improvements to the field or equipment we can buy.

We currently pay the council for a twelve month lease and, for this, they helped set up the field initially, supplied a container for all our equipment and now they cut the outfield once every two weeks.

Also, we have had problems with burnt-out cars, quad bikes and motorbikes racing over our field and, when this happened, the council disposed of the wrecks and have now put knee bars in place to at least stop cars but, unfortunately, not quads or motorbikes which are still a problem on the field.

Any money I want to spend on the field has to be agreed with the admin committee; my usual budget is £500 for the summer, which pays for white lining paint, petrol for the mower and strimmer. What's left is used to buy loam, sand and red gra to top up the bases and pitching mound.

The junior field drains reasonably well down to the pond area, but has a few patches of heavy clay, whereas the main field has a lot of clay and gets waterlogged if we have heavy rainfall. If the field gets waterlogged or covered in snow, we have to let it drain away in its own time, which can cost us game days. If we had the funding, drainage would be one of our priorities.

The field is approximately four acres in size, with about three acres being used for baseball. The Broncos (10-13 years) play about twelve games at home between end of April to beginning of August. On the junior field, the Ponys (13-16) also play around twelve games at home, whilst the adult team, the Jags, play around ten double headers on the main field as well. All the teams train mid-week on three days, which doesn't leave much time for repair or for the field to recover from game time.

Large trees shade part of the field and we are working to thin these out, where we can, or keep them cut back if they interfere with the field dimensions.

The container we use to store equipment is on a tarmac area, which used to be tennis courts, and we now use this for game day parking as well. At the moment, we also have the use of a very old all-weather pitch, which also gets flooded after heavy rainfall.

As I am the only person not working during the week, I cut and white line the infields as well as repair the batting areas and mound as best as I can - considering I only have a window of forty-eight hours before the field is used again! Some coaches also do strimming during the week when players are training.

time is very much dependent on the weather, as there is not a lot I can do when it is bad. To me, the look of the field is everything, as this is the first thing the players and parents see on game days, and it's very satisfying being told how well the field looks which makes all the hard work worthwhile.

The main project I am working on this winter is making a batting area on the Bronco field to complement the pitching circle I created last year - all part of the five year plan.

As a volunteer club, we have a Child Welfare Officer and first aiders - each coach attends a first aid course, and coaches, when preparing training sessions, do risk assessments.

The machinery I have to use is an Atco Royale mower, which I purchased off eBay and got going last year. It has a seat attachment, which is a great addition for me, and saves about forty-five minutes mowing time over my old Mountfield mower. I also have a roller, wheelbarrow, a white lining machine and, thanks to a grant from Shell, I purchased a Ryobi Expand It, which is a hand-held implement with lots of different attachments we can use for strimming, bushcutting, hedge trimming - it also has a chainsaw attachment which I haven't used yet!" 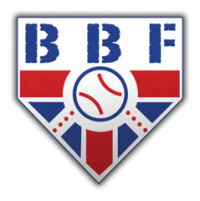 When I have topped up the bases and batting areas, I hire a wacker to firm all the sand and loam together. The only servicing is on the Atco mower, which is done by a local firm called Walsh in Widnes. It would be nice to have a modern ride-on mower, which would enable me to do the entire field and so save on our yearly bill, but this would come a long way down on our list of priorities.

The only problem we suffer from on the field is the odd rabbit hole but, since a pair of Buzzards have taken residence in the nearby wood, this has certainly been reduced. Any holes are fill in with clay and then topped up with soil, which seems to work. The council look after the areas around the field and employ a consultant to do any work.

Any products we use that we find work for our field are then recommended to other baseball clubs. One of the main problems is getting supplies of Redgra. Can anyone help?

We have a web page - www.Haltonbaseballclub.org.uk - which has information about our club as well as giving game results.