0 Diamond in the rough

Ask anyone who has played at the Ballybofey & Stranorlar Golf Club (B&SGC) and they'll tell you it's one of the most relaxing and picturesque 18 hole courses in Ireland. Situated in the east of County Donegal, it boasts beautiful views of the Donegal Mountains. 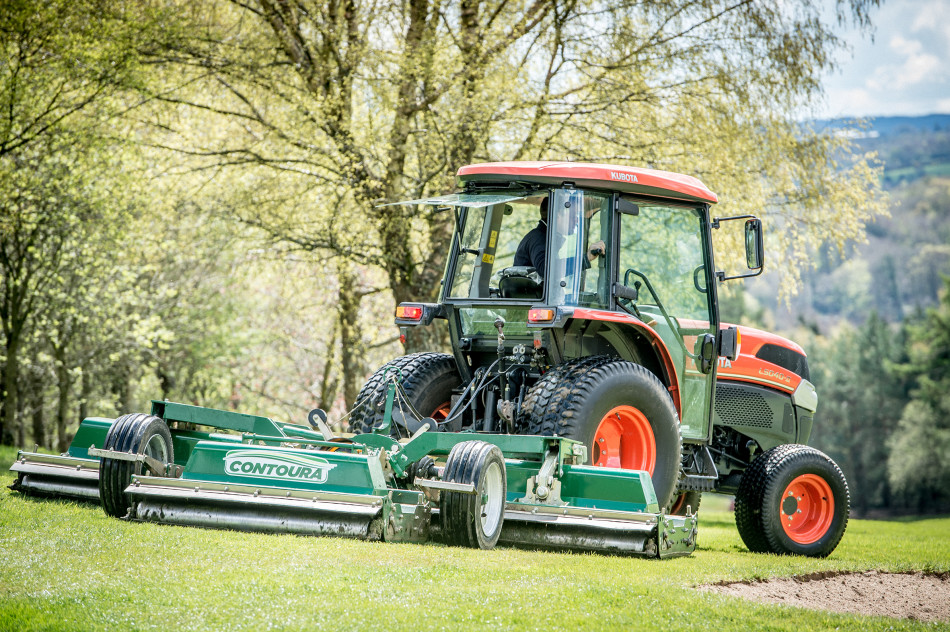 B&SGC is situated on 100 acres of tree-lined fairways on an undulating, parkland landscape of heavy clay and woodland which has been extensively drained and is playable year-round. All greens conform to USGA specification and are considered amongst the best in the country. The club team of four greenkeepers is led by Head Greenkeeper Richard Thompson who has been at B&SGC since 2002.

Said Richard, "One of the defining benefits of the club's management team is that they understand that to produce the best quality playing surface, you have to choose the best machinery and that doesn't mean it has to be the most expensive, it just has to be right for our course."

Having a golf course based on a clay foundation does have its benefits, but in the winter months and when there are periods of high rainfall, it also has its limitations. "We invested recently in a new wide-area mower to maintain the rough and semi-rough sectors of the course," added Richard. "We trialled some of the leading brands on our course before we decided on the Major Contoura. This mower has a number of features that meet our requirements and as an added bonus, it was more competitively priced than the other machines.

The Major Contoura is a 3.6m wide machine designed around a unique pivoting frame and assembled as three independent, trailed mowing units. Full-width rollers at the front of the cutting assemblies means that ground undulations are followed closely and the height of cut maintained throughout.

"One big plus" commented Richard, "is that the Contoura doesn't have a belt drive, which always seems to be the weakest part of a mower. Instead, it's gear-driven and therefore handles even heavy grass with ease. We use a Kubota L5030 tractor which is only fifty horsepower but the Contoura is not hard to drive. It leaves a perfectly striped and even finish - far better than we were used to. The design and construction of the Major Contoura is far advanced over anything else on the market. It's proven to be the right choice, we are very happy with it," he concluded.