0 DLF quintet join team to complete more than a bike ride in the country!

On the 1st July a team of 10 cyclists, over half from seed breeders DLF, embarked on a bike ride from Lands End to John O'Groats to raise money for three worthy causes. The eight and a half day journey saw the team covering over 900 miles and climbing the equivalent of 11 times the height of Ben Nevis. All the money raised will be split between Diabetes UK, The Cure Parkinson's Trust and Alzheimer's Research UK. 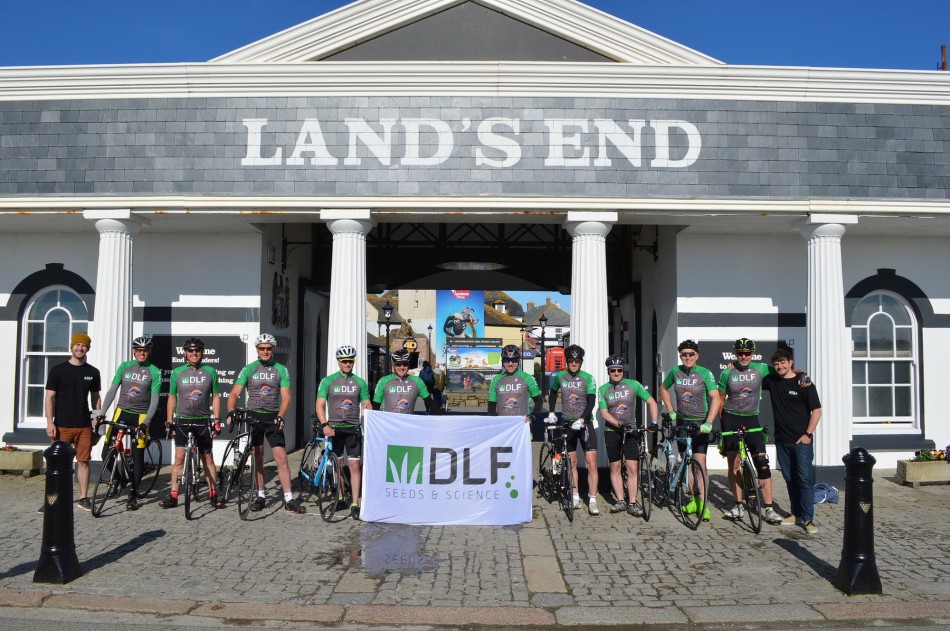 The team included DLF Seeds Managing Director Tim Kerridge, Craig Spooner from the Amenity division, Jeremy Hindle and Jo Hillewaert from wholesale and Nick Duggan from the Agricultural division. In the last 6 months of training for the event, the team had clocked up almost 18,000 miles of cycling between them. 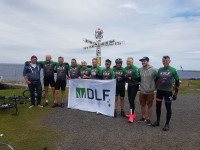 Upon completing the challenge, team leader Tim Kerridge said, "We are delighted to have taken on this challenge and despite being pretty tired at times and battling some pretty extreme weather - both heat and rain - the excellent team spirit and fantastic support kept us going throughout. So far we've raised more than £6,000 for Alzheimer's Research UK, Diabetes UK and The Cure Parkinson's Trust, which well and truly makes it all worthwhile."

Though they've finished their gruelling ride, the teams online fundraising page remains open in the hope of reaching the target of £10,000. Those wishing to donate to one of the causes can visit www.justgiving.com/teams/DLFLEJOG2017.