by Tony Hawkins
in Aeration, Drainage, and Machinery & Mechanics
on 05 Jul 2021

Buckingham West End Bowls Club was founded in 1910 and enjoys a strong and loyal membership. Situated in Buckingham itself, the club aims to promote the game of Flat Green Bowls and provide facilities for the social needs and well-being of its members. As a mixed club, they play men's, ladies and mixed matches with other clubs in Buckinghamshire, Bedfordshire and Northamptonshire. Greenkeeper Ian Jones joined the club in 2013 at which time, he says, the green drained well but in 2018 they started getting problems with drainage. On Christmas Eve 2020, the nearby river flooded the green to a depth of about 2ft. Although most of the water drained away within 24 hours, because of the drainage problem, part of the green remained underwater so long the roots of the grass began to rot.

"We use contractors Avonmore Associates to do spraying, aeration in autumn and top dressing and we worked with Avonmore's Brian Buttler to take some core samples. While the topsoil was good, we found there was no drainage layer," says Ian. Brian's view was the constant walking on the green over the many years had caused severe compaction. They coupled this with another reason. The green sits on yellow clay, being near Bedford, which is famous for brick making using the clay over the past hundred years. Ian had seen an article on a South Wales bowling club that had a similar drainage problem and they had called in Terrain Aeration, whom Brian also knew of. Whereas normal aeration is an accepted part of a good greenkeeping regime, it only reaches a depth of inches. 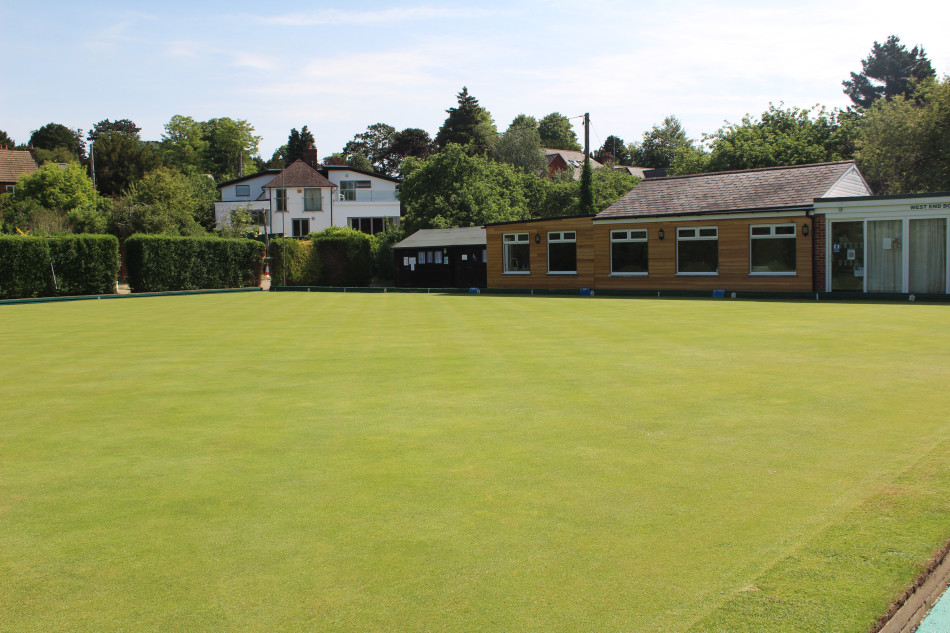 Terrain Aeration's system treats the ground down to a depth of one metre. At this depth, the ground is usually so compacted it requires fracturing to open up fissures and allow drainage. Their Terralift machine hammers a hollow probe through the soil using a JCB road breaker gun, and compressed air is released up to 20Bar (280psi). At the end of the air blast, they inject dried seaweed, which sticks to the fissure walls. This expands and contracts with the moisture in the soil to keep the area breathing. Ian and club member volunteers who help maintain the green backfilled the 1.5-inch probe holes with Lytag aggregate and covered with topsoil. The green was playable almost immediately.

"Had we put in field drains it would have been very disruptive and using Terrain Aeration's system meant we could do the work in the season," says Ian. "Then we had no rain for some weeks so we had no idea if it had worked until the heaven's opened in June. After severe downpours, we found the green drained far better than in years and the club is overjoyed with the result."