Penrith Football Club's Frenchfield Park Stadium had been virtually unplayable for nine years, until recent pitch redevelopment work by Duncan Ross Ltd gave the club and their pitch a new lease of life. 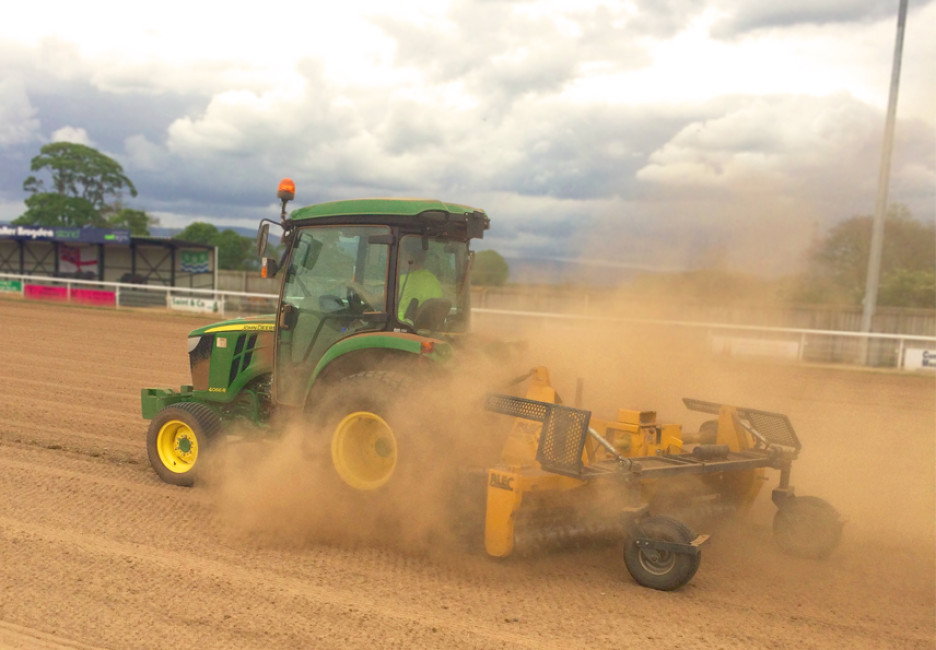 The surface had been without considered maintenance before and during the current nine-year inhabitancy of Penrith FC, and without a functioning drainage system the top layer of the surface became impenetrable.

Duncan Ross were only given a six-week window to complete the operation in time for a lucrative pre-season friendly against League Two outfit Carlisle United. Within the three days of work, the top was completely stripped off using a KoroÒ FIELDTOP MAKERÒ, sand banding was introduced and the pitch was seeded.

Brian 'Billy' Williams has had a 50-year association with the club, first as a player, owner and chairman - the role he currently holds. The importance of the pitch being prepared for the match was massive for the club, and Brian explains the before and after effects the project has had.

"The pitch wasn't draining at all, we had drains that had been dry for the last eight-years and Duncan came down and gave us a thesis on what he thought was wrong," Brian explained. "He presented a solution to what he thought would solve the problems and our local council along with the Football Stadium Improvement Fund got involved and funded the project.

"It's been a pleasure for people to come along to the ground and ask what's been going on and I tell we met a man called Duncan Ross. I've been in business myself for the last 50-years and I don't think I've ever met a more conscientious people regarding the quality of their work.

"We played our first pre-season game against Carlisle United on 12th July, and that really put them to the test because the decision wasn't made to bring Duncan in until the early part of May, so there was a five to six-week window to actually start doing the work, which was quite considerable. 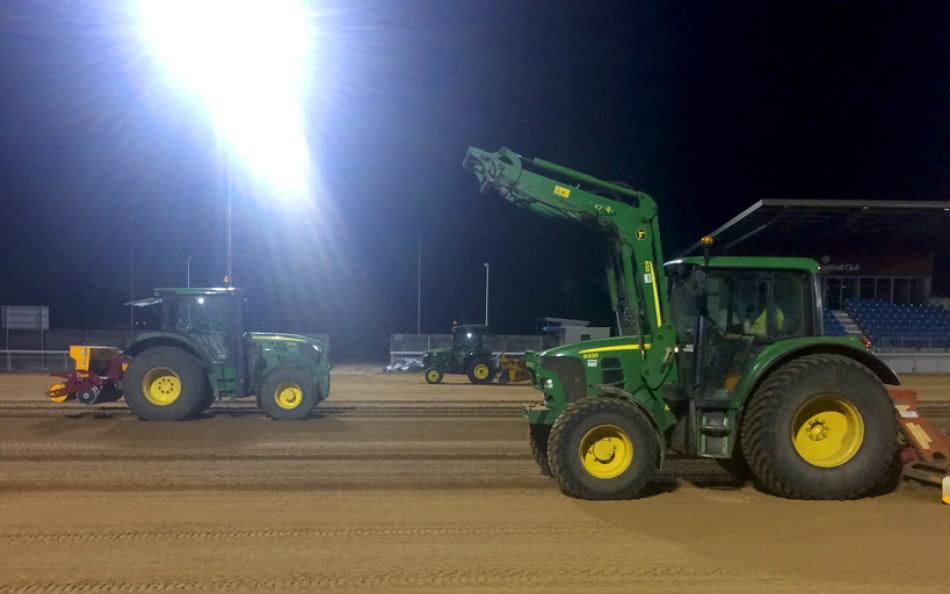 "The game against Carlisle meant a lot to us financially for the start of the current season, so it was great that it was ready for the game. Carlisle were absolutely thrilled with the condition of it and we've had nothing but positive feedback."

As Frenchfield is owned by Eden Council and leased by the club, Doug Huggon, leisure and community service manager at the council, was involved in the process. Their involvement along with the help of the Cumberland Football Association meant half the cost of reconstructing the pitch was paid for.

"Duncan Ross can only be commended in their approach to offering a solution to the drainage issue, successfully bidding for the work, undertaking the work on time and to budget," Doug said.

"Also, for the support and assistance that has been offered to the club since the work was carried out, advising on irrigation, grass cutting and on-going maintenance.

"The council as well as the club has been impressed with the performance of Duncan Ross and hope to develop a relationship going forward that will ensure that the day to day maintenance of the pitch, undertaken by volunteers at the club as well as the annual reinstatement of the pitch allows for less matches being postponed and use of the pitch by other teams within the club."

Allowing other teams within the club to use the pitch is a very important point for Brian, who now aims to bond the clubs 300 junior kids and four ladies' teams together by allowing all of them to play on the stadium pitch.

This would not only have a positive effect on the players but the club's finances at the same time. There is also a probable knock-on effect of being able to use the surface to attract new players to the club.