by Peter Britton
in People, Industry News, and Tennis
on 13 May 2019

The team at Pitchcare were saddened to hear the news that former Head Groundsman at the All-England Lawn Tennis Club (AELTC), Eddie Seaward MBE, has passed away. 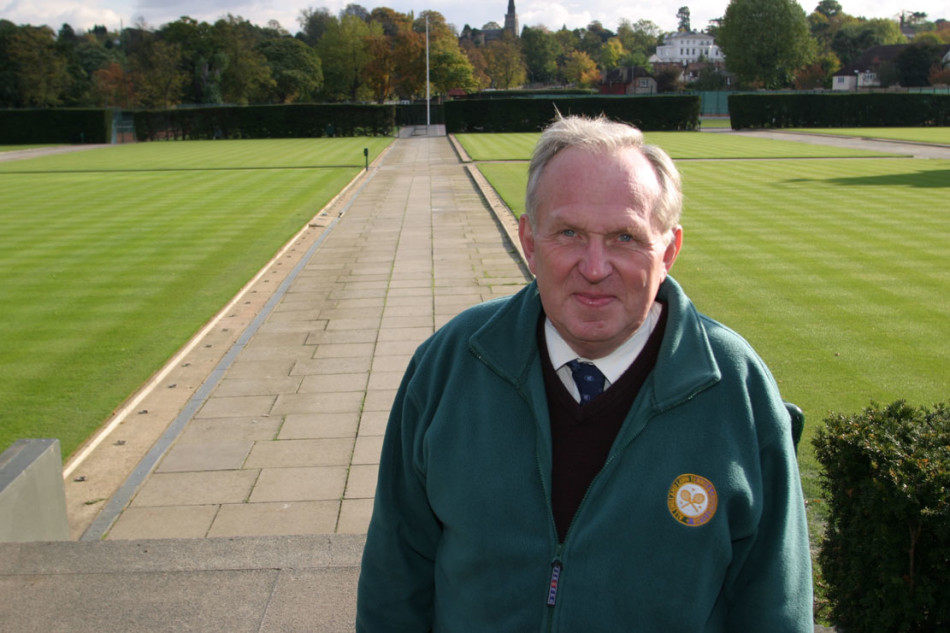 Eddie was head groundsman for twenty-two years and was at the helm during the AELTC's most vibrant period of change, which provided a number of challenges, including the roof over centre court in 2009 and the hosting of the 2012 Olympics tennis tournament just a matter of weeks after the annual Grand Slam event.

In that same year, he featured in the Pitchcare magazine as our Keynote Interview. Close to retirement, but with a busy schedule still ahead of him, it speaks volumes for the man that he found the time to impart his knowledge to our readers.

Eddie Seaward never sought the limelight. To him it was all about the team working with him, yet he was always prepared to pass on his considerable knowledge through training and education, or simply by 'having a chat'.

Tributes have come from all sectors of the turfcare industry.

Neil Stubley, who took over from Eddie in 2012, and worked as part of his team for many years, commented; "Words cannot express the deep sadness of the news this morning of the passing of our former Head Groundsman Eddie Seaward. He did so much for the industry but, more importantly, what an inspiration he was as a boss, mentor and friend to myself and many many more. RIP."

Peter Craig, once touted as his replacement, said: "He was a man of integrity and kindness with a mountain of knowledge which he made his goal to share. The industry was blessed to have him and will be poorer without him. I will never forget Eddie. RIP."

Pitchcare Managing Director Dave Saltman first met Eddie twenty years ago. "I was a fresh-faced young groundsman with the seeds of an idea for an online training and education resource; one that Eddie embraced and supported throughout his career. He was a true 'gentle' man who always had the welfare of the industry close to his heart. He will be sorely missed."

Turfcare consultant Anthony Asquith commented: "Gutted to hear of the death today of ex Wimbledon Tennis Head Groundsman Eddie Seaward. I started out in the turf industry in Lawn Tennis and this is where I first met Eddie in 1997. I will never forget Eddie coming up for a couple of days for the tennis court groundsman education day that I organised as a favour and for all his guidance over the years. Eddie was a true gentleman and one of the nicest guys in the Industry. RIP my friend!"

Chris Biddle, former editor of Turf Professional said "Such sad news. A true gent and wonderful ambassador for the turfcare profession. Modest with a quiet sense of humour, Eddie will always be associated with the development of the All England Club over many years. RIP Eddie."

Gary Barwell, Head Groundsman at Edgbaston said "Really sad news. He was such a true professional in the industry and a lovely man."

Eddie had been married to Chris, herself a lifelong tennis fan, for almost forty years. She had supported him during his career and since his retirement. In recent years he had suffered from the onset of dementia and, for the past year, had been in a care home.

Everyone who came into contact with Eddie will have learned something from him. His gentle manner and quiet sense of humour hid an inner steeliness to ensure everything was as it should be and, allied to his willingness to impart his knowledge of the turfcare industry, he will have inspired and influenced so many people currently working in the industry.

A true legend of the turfcare industry.