When Pennyfarthing Homes called on Land Products (Wessex) Limited to help resolve an ongoing problem, MD Roger Attrill knew exactly who to bring in. It may look to be not much more than a dried-up pond, but this swale plays an important role in the Alexandra Meadows estate in Lymington. 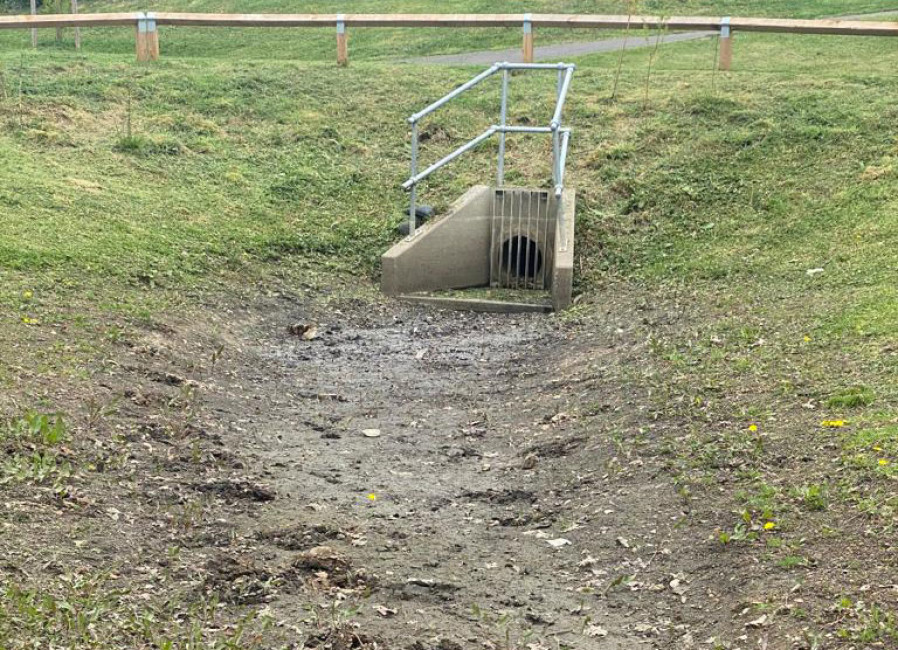 Swales should hold water briefly, then soak away, but this water was retained for weeks after rainfall since the site was completed two years ago as part of the Sustainable Drainage System (SUDS. This is effectively the housing estate's holding pond to help stop downstream flooding following heavy rain and storm conditions. It was not draining as it should.

Having called on the services of Terrain Aeration they used their speciality of deep penetration aeration to relieve compaction. The principle works on the basis of penetrating the very hard subsoil with a probe and fracturing it with a blast of compressed air to a maximum of 20Bar (280psi). The process is repeated in spacings so the fissures created interlink and allow full drainage. In this instance, the effect could be seen immediately with a 50mm drop in the standing water in minutes. Within two days, the water had gone completely. 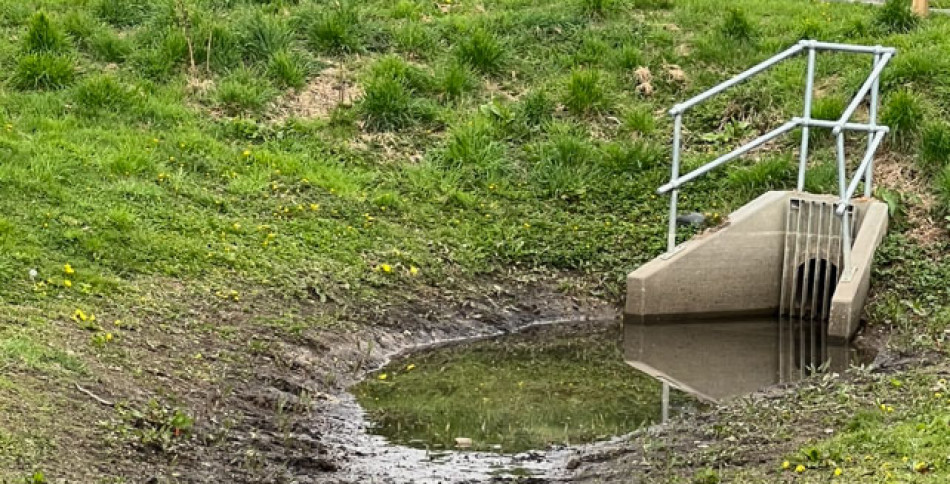 "I'm confident we can make the whole SUDS system work as planned with a bit more time." Roger says. "I have worked with Terrain Aeration before when they treated compacted gardens for us and they did exactly what they said they would, very straightforward." Increasingly, Terrain Aeration are called on by housebuilders and landscapers to treat gardens where during construction heavy machinery has compacted the sub soil around new-build properties.