by External source
in Football, Synthetics, and Renovations & New Builds
on 18 Feb 2017 He was joined by Nigel Clough, Burton Albion FC manager, the club's Chairman Ben Robinson, Burton MP Andrew Griffiths and Football Foundation President Lord Pendry.
The new facility was made possible thanks to a £843,510 grant from the Premier League & The FA Facilities Fund, which is delivered by the country's largest sports charity, the Football Foundation.

The former England defender, who has been an Ambassador for the Football Foundation since 2005, was also given a tour of the new changing room pavilion and clubhouse, which is expected to be completed before Easter.

The new state-of-the-art football hub, which replaces a previously undeveloped area of the Brewers' Pirelli Stadium, will house a huge range of sporting, educational and community programmes delivered by BACT - the charitable arm of Championship side, Burton Albion FC.

A number of local grassroots clubs will also call the new pitch 'home', with Stretton Eagles FC, Outwoods FC and Burton Ladies helping to contribute to the projected 127 new teams who will be using the new pitch over five years.

BACT worked alongside the Football Foundation and Staffordshire FA to compile a five-year Football Development Plan (FDP) - a long-term vision of how sport will be played at the new facility. As set out in this FDP, BACT will raise multisport participation through its Health and Wellbeing, Education and Learning, School Sport, and Inclusive Sports and Football Development departments, which aim to get more people physically active through a number of different sports, as well as BACT's Premier League-funded projects - Kicks, Girls' Football and Primary Stars. BACT's mission statement is to use the power of sport and brand of the football club to make a difference in the community.

The Premier League & The FA Facilities Fund provides grants towards developing new or refurbished grassroots football facilities. It is delivered by the Football Foundation with its investment being provided by the Premier League, The FA, and the Government, via Sport England. Since it was launched in 2000, the Football Foundation has awarded around 15,000 grants worth nearly £580m towards improving grassroots sport, which it has used to attract additional partnership funding of just under £800m - over £1.4bn of investment into the grassroots game.

England Manager and Football Foundation Ambassador, Gareth Southgate, said: "Throughout my career I've always been a big supporter of the grassroots game, and state-of-the-art facilities like this one are its lifeblood. Floodlit all-weather pitches allow football to be played all-year-round, irrespective of the weather. This means more people, more often, taking part in the sport.

"As a professional, I have been lucky enough to train, play and coach on some of the best facilities in the country. I believe that those who train, play or coach at the grassroots level should be afforded the same experience. That means building facilities like this one right across the country, something the Football Foundation continues to do, expertly.

"The Small Sided Game, which was helped by a £1.5m commitment delivered by the Football Foundation, was something I helped to drive when I was The FA's Head of Elite Development. That scheme, which I'm delighted to see being catered for here, allows younger players to play on smaller pitches, with smaller goals. It is designed to develop an individual's skills, rather than reward children based on their physical strength. 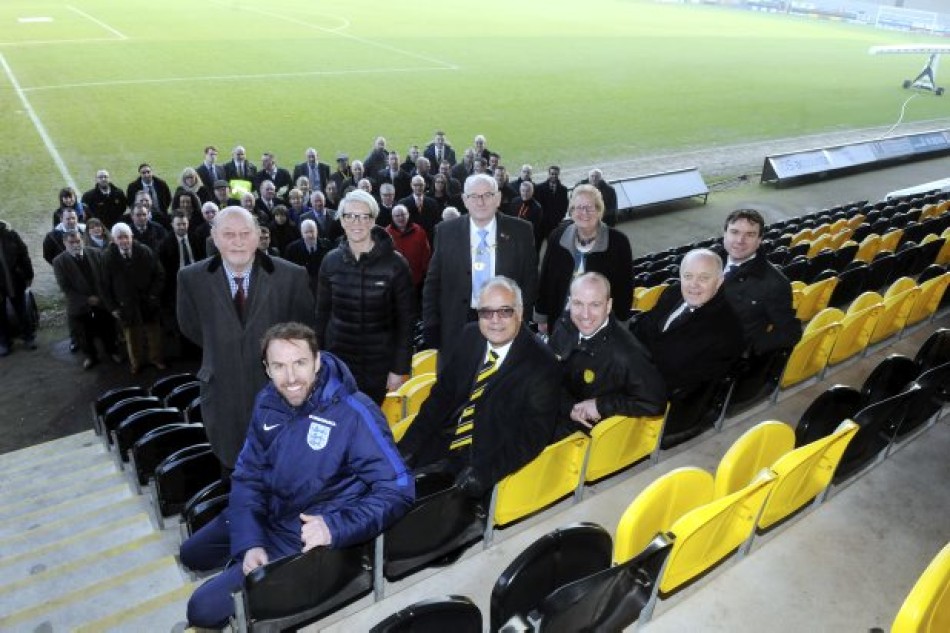 "The FA, along with the Premier League and Government deserve credit for working together to invest into improving grassroots facilities. This stunning facility at Burton is just one example of thousands across the country through the Football Foundation.

"It makes a massive difference in driving up participation in our national game. And ultimately all future England players - whether it is the women's teams, disability teams, youth teams or indeed in the senior men's team - all of them will start out and develop their skills in the grassroots game, and on grassroots facilities. So whether for pure enjoyment or for supporting the development of home-grown talent, the more of these fantastic sites we see built, the better."

BACT Chief Executive, Andy Taylor, said: "This facility has only been made possible by the commitment and hard work of all our partners - starting with Burton Albion Football Club for allowing the development of this important new community facility at the Pirelli Stadium.

"As well as the Premier League & The FA Facilities Fund providing the major funding we also need to thank all of our local funders who have helped make this happen."

Ben Robinson, Burton Albion FC Chairman, said: "Having been involved in this project since its inception, I know how much hard work has been invested in getting this new facility - which will have a tremendous impact on Staffordshire football - up and running.

"Our Community Trust delivers such a wide range of fantastic educational and social programmes, and now, it will be given the platform to extend that work even further. This project simply would not have been possible without the support of the Premier League & The FA Facilities Fund, and I'd like to thank them for such invaluable investment."