Enville Golf Club, founded in 1935, is one of the finest examples of heathland golf in the Midlands and to help maintain their impressive 36-holes of golf near Stourbridge, they have just invested in a Ventrac package from local dealer, Farols. The package includes a Ventrac compact tractor unit with Tough Cut deck, Contour deck, stump grinder, blower and trencher. 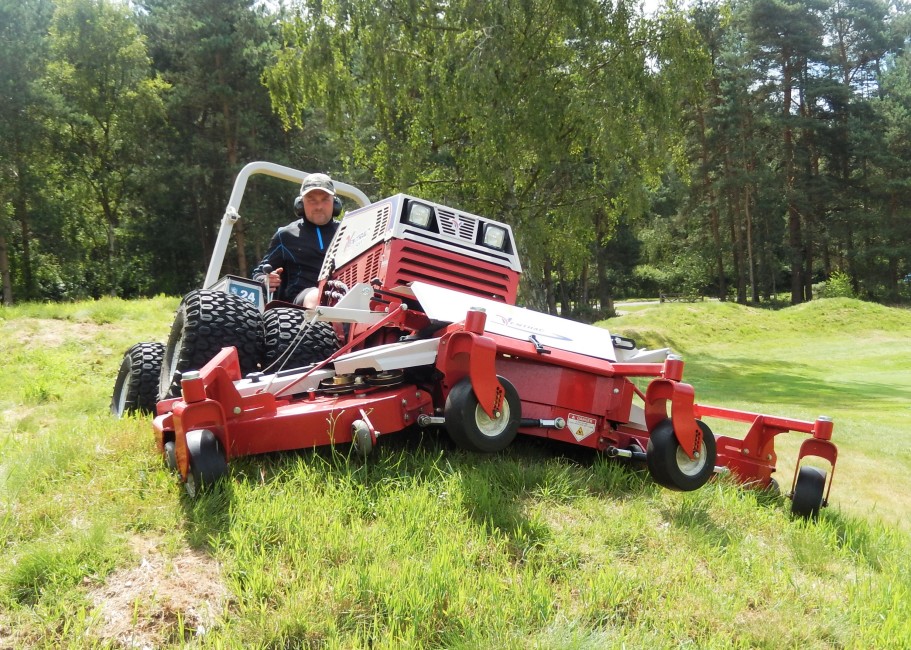 Course Manager Andy Wood has a team of 13 greenkeeping staff and a dedicated mechanic to ensure that both the Highgate and Lodge courses are kept in excellent condition, all year round. After graduating from Myerscough College in 1997, Andy joined The Belfry becoming Deputy prior to the 2002 Ryder Cup. At the tender age of just 23 he was appointed Course Manager at Cosby Golf Club near Leicester before moving in 2009 to Robin Hood Golf Club near Solihull. In 2017 he took up his current role at Enville.

"I first heard of Ventrac through social media", he said, "and was intrigued by what it appeared to be able to do around a golf course. It was about 15 months ago that we had one in for a demonstration and it was very impressive. We have many 'manufactured' mounds around the course where strimming was the only option and hugely labour intensive. We tested it with the Contour deck and I was impressed at how well it performed.

"We've purchased quite an extensive package what with the stump grinder, trencher, blower and Tough Cut deck, but as both courses are predominately a heathland/woodland mix, they will help us maintain the golf course estate, year-round. All the lads' love it and I can safely say that it's one of the premier machines I've bought in the last 10 years." 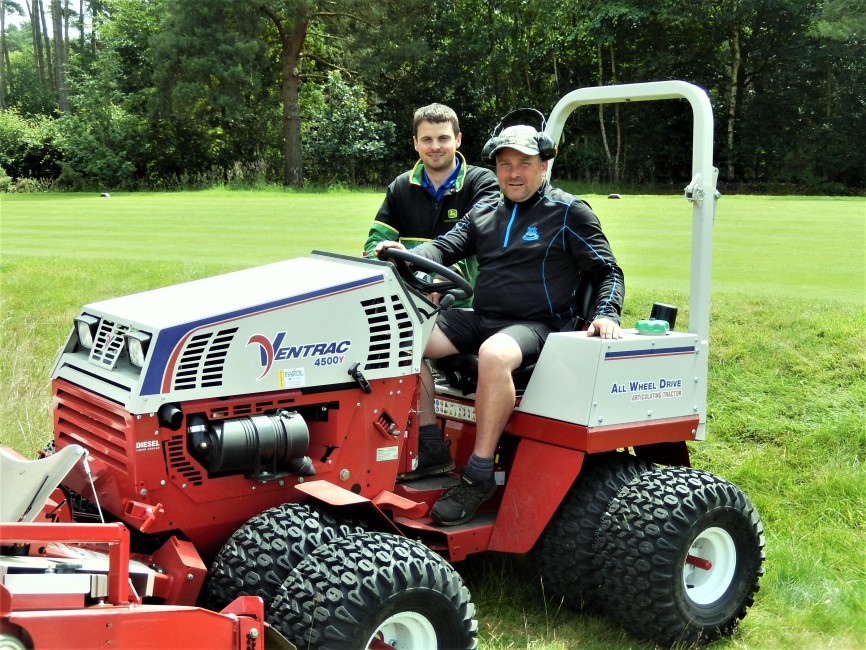 Greenkeeper Adam Worral has worked at the Club for 26 years and is one of three operators using the Ventrac. Commenting on the machine he said, "It's up there with the best machines I used. With its 8-wheel configuration you feel really safe on slopes; it's just a case of getting to know its capability and getting the confidence to go where no other ride-on can go. It helps us to maintain difficult areas on a regular basis and has certainly enhanced the presentation of the courses."

Founded in 1935, Enville is a fine example of UK heathland golf. The facilities were gradually extended over a period of years until 1983, when the two 18-hole courses were completed. 2010 saw the addition of one of the most extensive practice facilities in the Midlands.

The Highgate and Lodge courses are a mixture of picturesque heathland and majestic woodland. From 2007 to 2011 the Highgate course was used by the R & A for Regional Open Qualifying. In 2014 the club hosted the EGU Boys Under 14's Reid Trophy and, in August 2017, the Girls' British Open Amateur Championship.