by Blair Ferguson
in Football and People
on 22 Jun 2018

Bartosz Bialkowski and Jonas Knudsen aren't the only ones with Town links at the World Cup, former Blues groundsman Alan Ferguson is also currently in Russia, having been involved in the preparations for the finals for almost a year, ahead of starting a prestigious new job with FIFA. Blair Ferguson, Alan's son, caught up with him for TWTD. 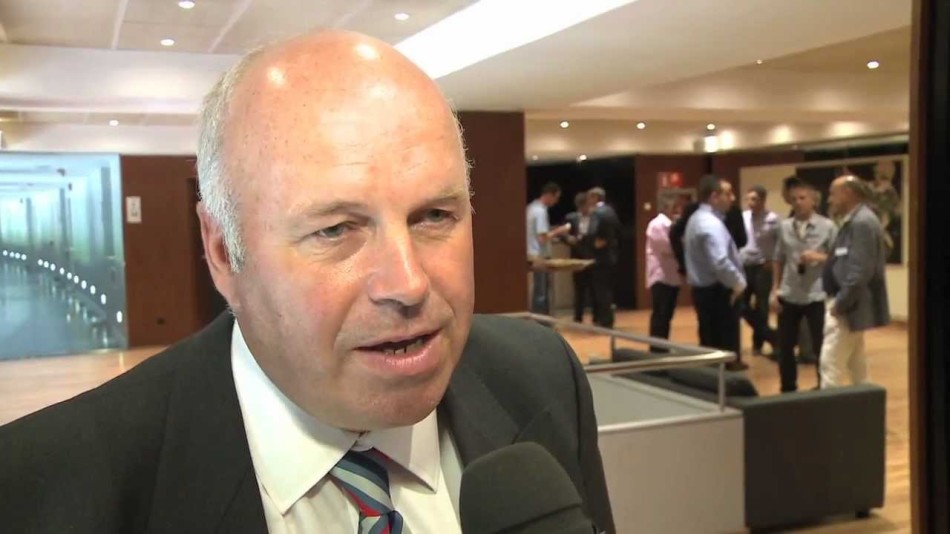 "I have been coming to Russia for one week per month since September last year as a consultant groundsman," Ferguson, who currently runs his own consultancy, Premier Sports Turf Maintenance, explained.

"My role is to oversee the maintenance through the grow-in of the six pitches built by the company. These are at Saransk, Samara, Kaliningrad, Rostov, Spartak and the Luzhniki Stadium (where Town played Torpedo Moscow in the UEFA Cup 2001, Knudsen's Denmark face France next Tuesday and where the final will be staged). The company also built the pitch at Krasnodar which was a reserve stadium."

"The main challenge was the Russian winter which at times was down to minus 20 for several weeks. Now, having handed four of the six back to the Russian Ministry of Sport, my role is to deliver the pitch and training pitches at the Luzhniki and support Spartak with advice."

"The Luzhniki has added challenges of the opening ceremony and closing ceremony which put quite a bit of additional stress on the pitch."

"In the run up to start of the World Cup we had 20 hours of use on the pitch, 16 of which were for the opening show with Robbie Williams. I also attend meetings with FIFA getting feedback and helping to plan rehearsals for the opening and closing ceremonies."

Ferguson, 58, joined Town from Rangers in his native Scotland in 1996 before departing to work for ex-Blues chairman David Sheepshanks at St George's Park in 2011.

Groundsman of the Year on seven occasions during his spell at Portman Road, Ferguson continued to work for the FA until setting up Premier Sports Turf Maintenance a year ago.

"I left my role as head of grounds and estate at the FA in June last year after a second restructure," he recalled.

"I joined the FA to bring the pitches at St George's Park to life which was completed in 2012 and, in 2015, I took on Wembley as well. The first restructure was not well planned over the whole organisation and a second was inevitable. This happened last year."

"Having had the turf manager's role duelled with Wembley, which was the right thing to do but needed better execution, the new management team split the role out again in 2017."

"Whilst disappointing to leave with the job not finished, I have been fortunate with the business getting off to a great start. My game plan was to be consulting 100 per cent by the time I was 60. The restructure brought this forward a bit."

"I was already a natural turf expert for UEFA and this, combined with SIS Pitches, has kept me really busy with quite a bit of travelling."

"I currently have UEFA projects going on in Kosovo and Croatia, with a busy renovation season coming to an end across Europe and beyond."

"There are currently 85 pitches on the ground with more being confirmed every month. The travelling has been extensive, but enjoyable." 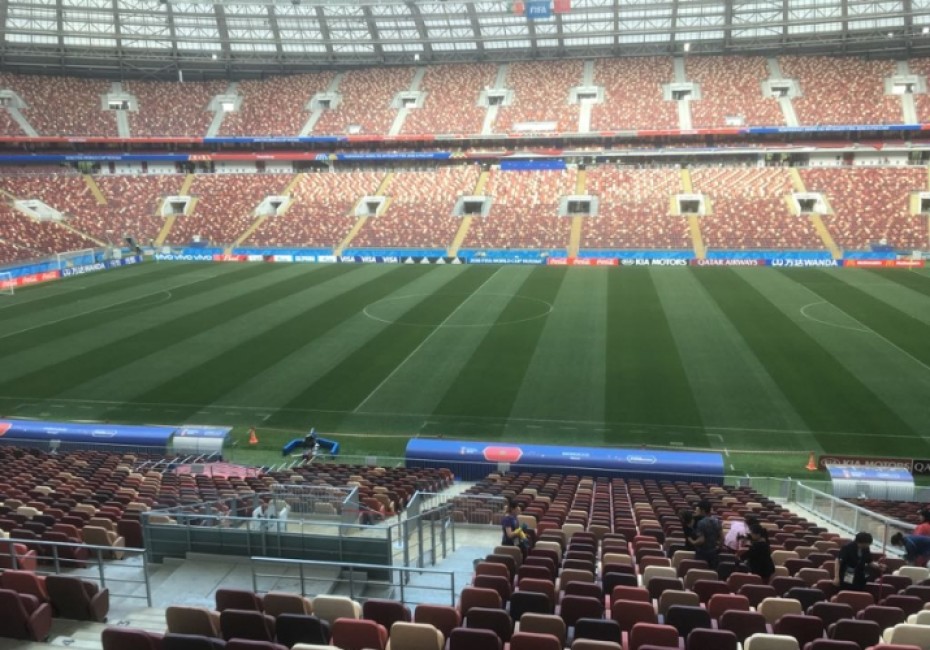 But, from September, he will start a new full-time job with FIFA, a position he is flattered to have been offered.

"Well, what can I say," he added. "If I thought the FA joint-role was off the scale this is off the planet.

"From September 1st this year I will become the first senior pitch management manager in-house at FIFA. The organisation has undergone a huge transformation in the last two years with FIFA Congress and advisors recommending that pitch management comes in-house."

"My role will be to oversee all the pitch building activity for pitches to be used in the 2022 World Cup in Qatar and now 2026 in USA, Canada and Mexico. I will also support all other FIFA World Cups.

"I underwent a rigorous selection process which started last December. I will relocate to Zurich but will be on the road for much of the year."

"It is a huge privilege to have been selected to head up this global operation. I have many partners around the world who will help me deliver this for FIFA."

"The Royal Navy have an advert on TV, 'Born in Carlisle, made in the Royal Navy'. For me it is born in Scotland and made at Portman Road." 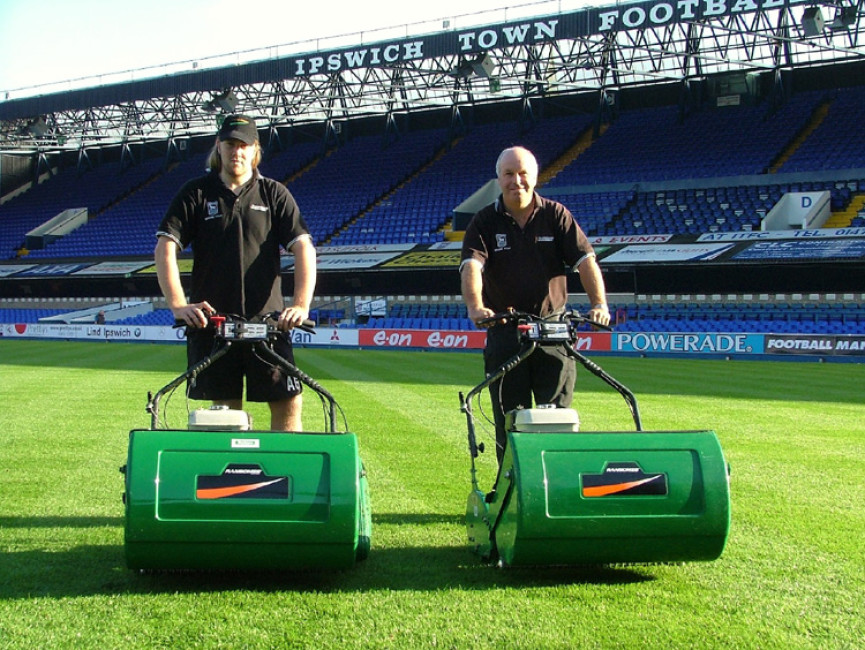 Alan at Portman Road Stadium back in 2006

"I owe the club a great deal for giving me the chance to further my experience and much of what I cut my teeth on at Portman Road and Playford Road forms the base from which I work now."

On which note, the surface at Portman Road left a lot to be desired during the second half of last season after a wet January in which games at various levels came thick and fast.

Ferguson believes the pitch, which was recently given its annual renovation by current groundsman Ben Connell, needed significant investment even back in his time in charge, with MD Ian Milne recently saying all the work ideally required, which has long been pencilled in to be carried out following promotion, would cost up to £1.5 million.

"It is sad to see the pitch struggle," Ferguson reflected. "I last spoke to the club over a year ago. The pitch is the oldest in the top two divisions and probably one of the oldest in the professional pyramid."

"It should have been rebuilt when I was there, but budget was an issue. Now it is a real issue for the players and coaching staff from the mid-season on."

"The groundstaff do a great job keeping it going, but adverse comments from visiting managers and Mick McCarthy last year tell their own story."

"I am happy to help point the club in the right direction when they get round to doing the pitch, but it really needs to happen now. Good players need good pitches and the passing game Town were renowned for can't happen on this pitch. It has become a leveller."