Seaton Carew Golf Club near Hartlepool will be celebrating its 150th anniversary in 2024 and the club, which is the 10th oldest in England, is determined to make sure its course is in the best condition possible for those celebrations. 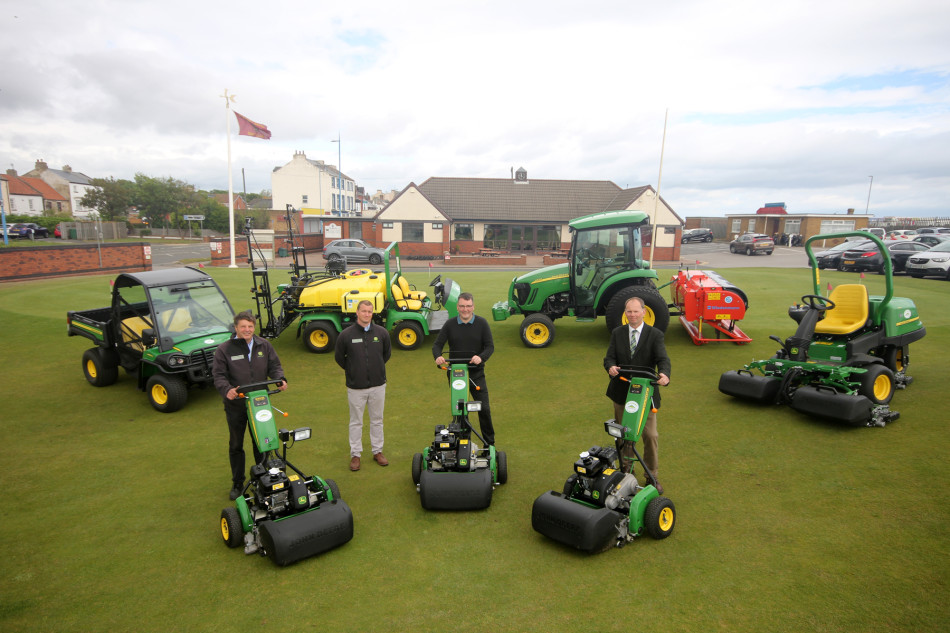 Since being established with 14 holes in 1874, not only has the golf course undergone numerous changes - today it offers an unusual total of 22 holes with five different layouts - so has the way in which it is maintained. In the early years even the club's professional would have been expected to assist with cutting fairways, probably using a horse-drawn mower, and rolling greens.

Today a team of six well-trained greens staff led by acting head greenkeeper Ian Stewart work tirelessly to ensure these championship links are kept in the best condition, and the club has recently invested more than £200,000 in the latest advanced technology from John Deere to ensure they can achieve those goals.

"With our previous lease arrangement coming to an end, we decided that a one-stop shop approach, with all the new kit, advice and back-up coming from one business, would potentially make a better deal for the club," says greens chairman Jonathan Beaumont. "The equipment and finance package from Greenlay, who helped us to work out the deal based on a mix of new and ex-demonstration machines, proved to be just what we were looking for.

"Dealing with Alastair Briggs and Paul Hodgson of Greenlay was the best decision the club made. Their all-round service and communication throughout the process was first class, and we've established a very good relationship. Having worked in horticulture before, I knew John Deere's reputation for quality equipment. When Ian and I made the recommendation to the golf club, they liked what they saw as well and the finance committee agreed the budget, so there was a proper consensus all round." 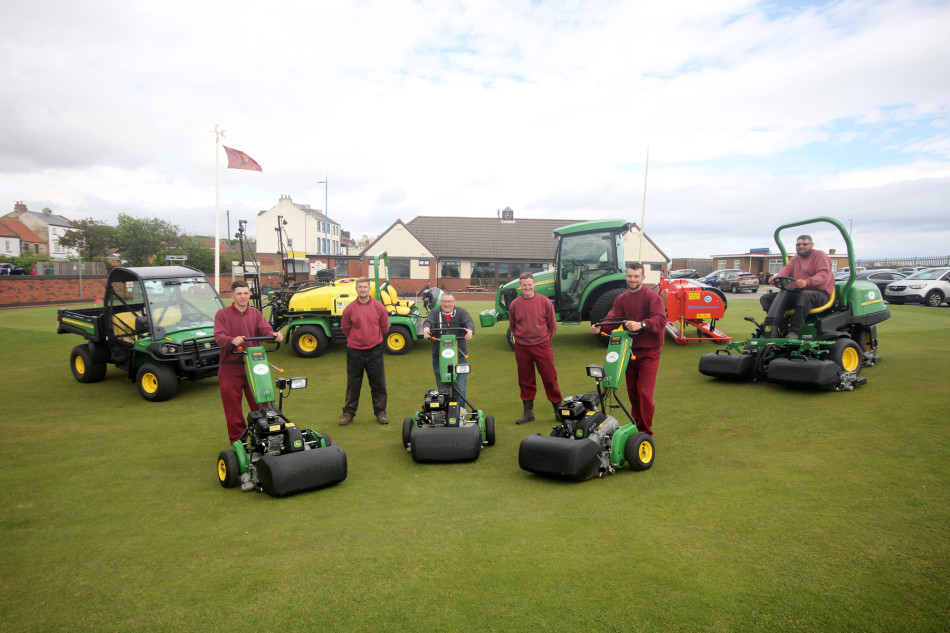 Ian Stewart initially attended a BIGGA Section open day at Greenlay, which was the first time he had visited the dealership, and was very impressed by the facilities and the people he met. "I wanted to see the sprayer and Greenlay had one brought in," he says.

"The sprayer has a much bigger capacity at 750 litres compared to our previous 300-litre mounted machine, and the controls are really good. The automatic rate controller is very accurate, so you can be confident everything's being applied correctly. We certainly use a little less chemical now and there's also been a massive saving on man hours doing the spraying job."

"We had the mowers on long-term demonstration and found them to be easy to operate, with a very good quality of cut. The latest cutting units on the walk-behind and ride-on greens mowers are equipped with brushes that lift the grass and provide a much better finish - it's little details like this that mean a lot."

"A great deal of thought and effort went into this purchase over a long period of time, and we received lots of good advice from Greenlay - they were always available to answer our questions at any time. Some of their recommendations I didn't think were right at the time, but they have been proved right since and it's been a great deal all round."

Alongside the work on the course, Seaton Carew Golf Club is building a new indoor coaching facility alongside a large practice area, and considering the development of a short-game area. The club also has a six-hole academy course which is used by its current PGA professional Clifford Jackson to encourage youngsters and adult beginners to take up the game.

Seaton Carew has already played host to a number of major amateur championships, including two Brabazon Trophies, a Carris Trophy and various other national and international events. It is now hoping, with the help of its new machinery fleet and the dedication of its greenkeeping team, that the course will be considered for yet another major championship to help mark its 150-year anniversary.