In March 2018, well before the latest festival of football kicked off at the Luzhniki Stadium, Moscow, Foley United's / Neary European sales representative, Arjen Spek, delivered a grinding workshop at a Turf Professional event in Moscow, organised by the Russian Neary distributor Unisaw, with 130 attendees getting hands on experience with the Neary machines while learning the benefits of grinding to OEM specifications.

Arjen Spek was delighted with the interest shown and the subsequent installation of twenty Neary Grinders across the World Cup venues in Russia,says "Neary distributor for Russia; Unisaw, organised this event very well in March and all the groundsmen from the stadiums and training grounds attended, with the main goal to educate / train and the Neary seminar "quality of cut and after cut appearance" was a high topic during this event.

"The already highly qualified groundsmen went home with the correct knowledge of how to maintain a cutting unit according OEM specification."

32 teams will compete in 64 games at the World Cup with hundreds of training sessions taking place in-between. The heavy usage of the pitches at the stadia and training centres over the four-week tournament makes a first-class cut imperative and the quick high-quality grind offered by the Foley United brand of machines stands to be the reason a majority of venues opted for Neary. 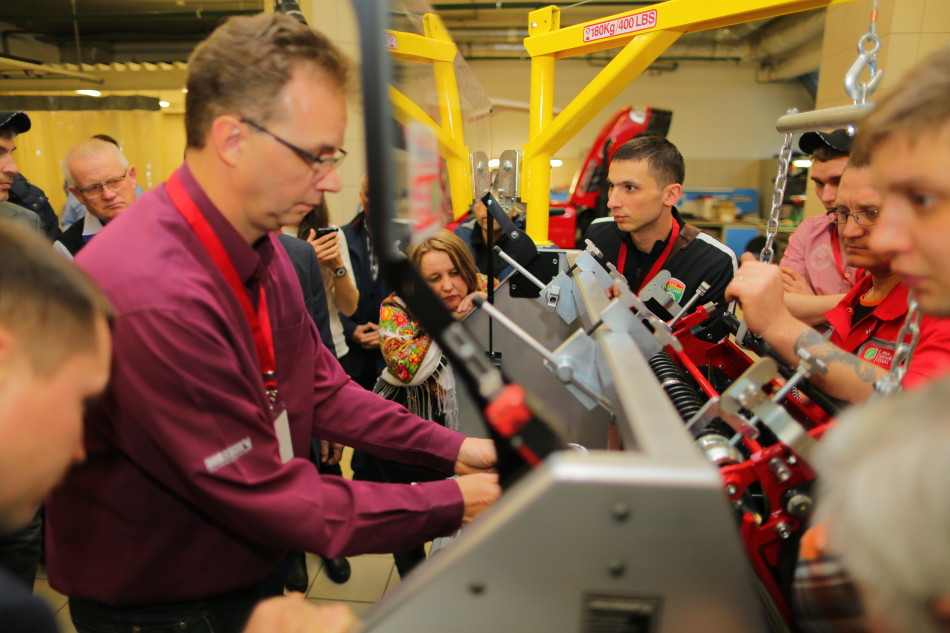 Tests carried out by leading manufacturers have established that relief ground cylinders stay on cut up to three times longer than spun ground ones and require less horsepower to drive the unit, resulting in greater fuel efficiency and less stress on the hydraulic power systems. In addition, a relief ground cylinder will with stand the abrasive effects of topdressing far better than one spun ground because the relief edge on both the bed-knife and the cylinder allows the topdressing to clear the cutting blades easily, helping to prevent the dulling effect seen on spun only units.

Continual relief grinding also decreases the squeezing and tearing of the grass as the units get dull and, most importantly, it allows the cylinder to be returned to a factory specification perfect cylinder as quickly as possible.

The overall cleaner cut achieved by relief grinding gives a better after-cut appearance, increased recovery rate due to the clean cut of the grass and reduces the stress on components because less horsepower is needed to drive the cylinder.

Foley United and Arjen Spek are proud to play a part in the preparation of pitches for the world's biggest tournament.

For further information on Foley United visit www.foleyunited.com , www.nearytec.com or for Foley product information for the UK and Ireland visit www.prosportukltd.com