The Roehampton Club in South West London has chosen, in an extensive and thorough look at the market, to continue its long-term relationship with Toro and distributor Reesink Turfcare with another five-year full-fleet exclusivity agreement. 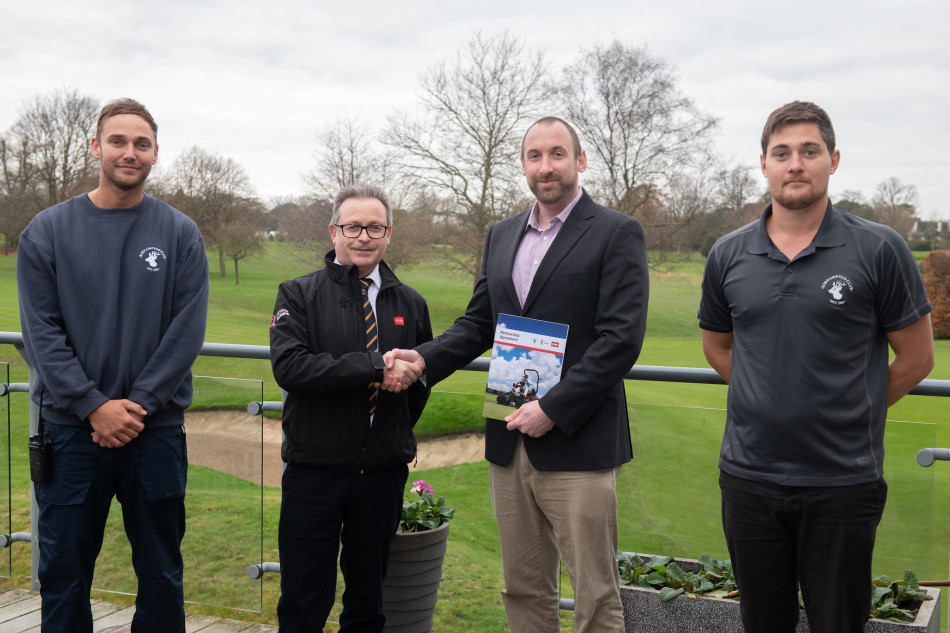 The tender process started over two years ago as the venue, ranked as one of the top multi sports clubs in the country, trialled a wide range of machinery in all weather conditions.

Course and Grounds Manager Peter Bradburn explains the process: "Our long-standing relationship with Toro is an important factor in the process of choosing a machinery partner, but not a deciding one. What's most important is that we get the best machines for all our turf-based facilities.

"We have a golf course, ten grass tennis courts, four croquet lawns and extensive gardens to consider in our decision-making, which is why it's so important that we conduct rigorous trials and demos with a range of brands.

"The analysis took place over two years and included the summers of 2020 and 2021. This meant the decision was not pressurised and could involve the whole team. Fortuitously, this gave us one wet and one dry summer with the machines. The May, June and July of this year had more rainfall than the winter of the previous year, which is the total reverse of what you'd expect going into a summer, and to put the machines through their paces in such extreme conditions was a great test."

Peter had numerous factors to consider: quality, adaptability, service expectations and price - and it wasn't just his decision either, it included the opinions of the 20-strong grounds team too.

"Forefront in every decision we make is what is best for our members. Are we spending their money wisely and will they be pleased with the results? It's also important to know if the fleet will deliver what is best for the team too. Lastly will CEO Marc Newey and the Board sign it off as best value for the club? So, it's not just one person's decision, yet it was a unanimous one - Toro was deemed the perfect choice for the maintenance of all our surfaces and for its superior functionality once more. And the deal all-in was best suited for us when it came to price and servicing support as well."

When the new machinery arrives in early 2022, it will be a fleet to reflect the club's environmental stance, says Peter: "We're very conscious of climate change and are endeavouring to reduce our CO2 emissions. With that in mind, new choices involved in this deal are the Greensmaster 3360 hybrid riding greensmowers, plus three electric STAR EV utility and people carriers from distributor Reesink. And there was no doubt that the Flex 1021 pedestrian mowers would be included again - they've been key to our greens conditioning and the close cutting of the Reelmaster 3575-D mowers have been involved in improving the fairways for years now."

While it is a continuing relationship with Toro, rewarding high performing staff and introducing fresh talent is key to make the most of the new fleet. Peter explains: "In the autumn, we promoted David Howe to Head Greenkeeper to succeeed Ashley Allpress. David has proved himself as Ash's understudy and Jamie Wright comes in as the new deputy head greenkeeper to support David and start the cycle again. Like most aspiring course managers, Jamie has done his journeyman training in the USA with an enviable year at Pebble Beach and his formative years at Sunningdale. The gardens team has been revitalised with the arrival of Sam Cumber, who was part of the crew who won Gold for Richmond-upon-Thames through the Britain in Bloom horticultural competition three years concurrently."

All of these changes spearhead neatly in time for the Ladies' Gold Challenge Cup. Returning after a COVID-enforced break, the event - which is older than the Masters - opens the Spring golfing calendar at the club, with tennis and croquet championships to follow.

Peter concludes by saying: "While it was not a foregone conclusion that Toro would be the machinery partner we committed to, the continuation of our history, even as personnel change, reflects a strong partnership between the two companies taking us to 15 years of working together."