A former groundsman at Derbyshire has been given a prison sentence after sabotaging the club's pitch in revenge for his sacking. 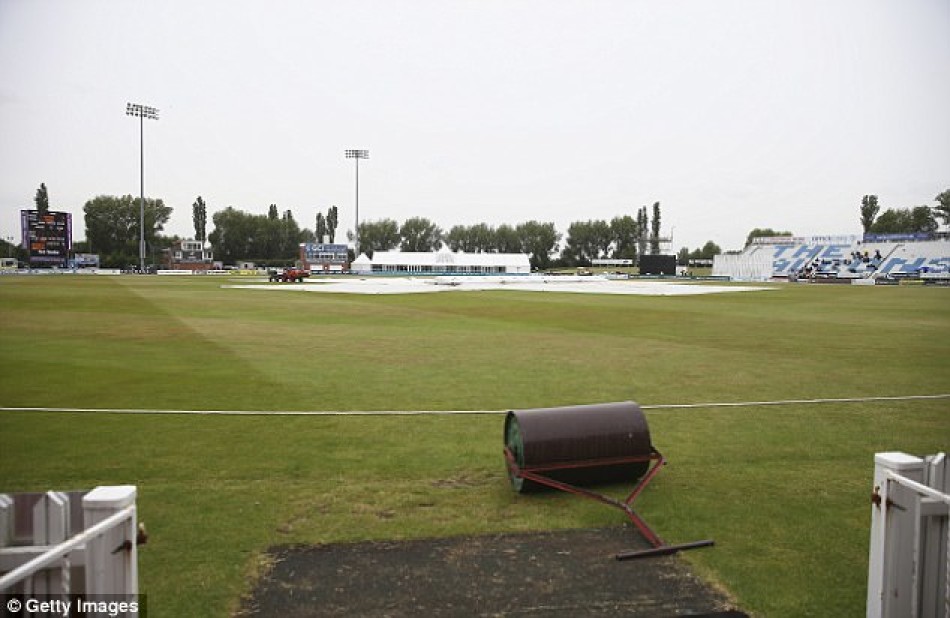 Chris Hallam, 33, pleaded guilty to criminal damage and was handed eight weeks in prison, suspended for a year. Magistrates also forced him to pay £3,000 in compensation.

The vandalism at the county's headquarters included the slashing of the covers with a knife and pouring liquid into the fuel tank of one of the super-sopper machines.

The damage came after Hallam was dismissed and a matter of hours before Derbyshire's NatWest Blast victory over Worcestershire Royals on August 18.

Police were called after Hallam was recognised on CCTV and he was arrested on August 20.

In addition to his sentencing, a 12-week curfew was imposed, preventing him leaving his home between 1am and 8am.

The court were told the significant damage caused came in a 'revenge attack'.

When contacted by the Derby Telegraph, Derbyshire refused to reveal the circumstances behind his dismissal or comment further.