by Scottish Rugby
in Obituary and People
on 06 Sep 2020

Scottish Rugby is saddened to learn of the death of its former Head Groundsman and Stadium Manager Bill Elwood. He passed away last month aged 80. 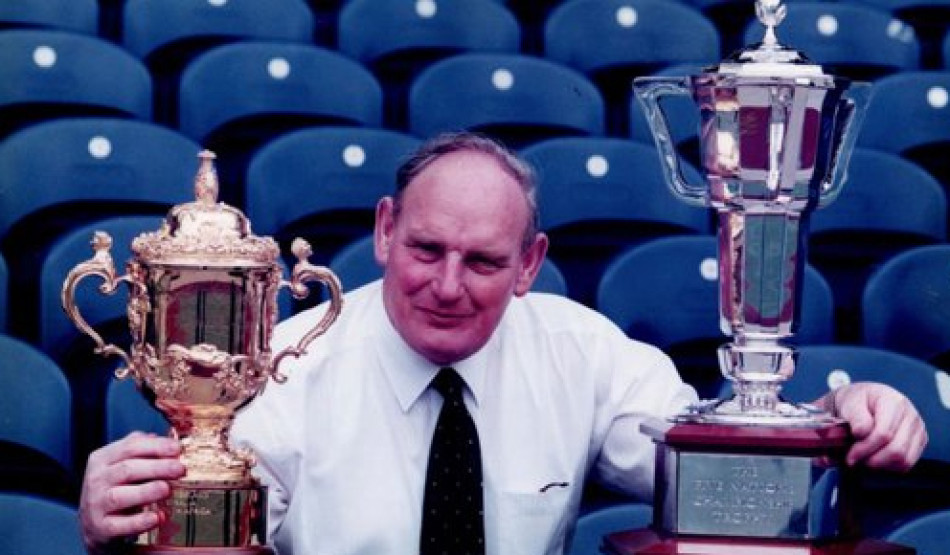 William Andrew Elwood succeeded Jimmy Thain as the custodian of the international pitch and the back pitches at BT Murrayfield Stadium in 1985.

He tended the stadium pitch with such loving care that the surface was routinely regarded by international players as among the best in the world.

When the stadium was redeveloped in 1994 - into an all-seated home for Scottish Rugby and a capacity of more than 67,000, making it Scotland's biggest - Bill's role extended to become stadium manager.

Bill was born on 17 June 1940 in Lisburn, Northern Ireland, one of a family of five.

He attended Stranmillis Primary and Botanic Intermediate School. Following in his father, David's, footsteps, his first employment was as an apprentice gardener with Belfast City Council Parks Department.

On completion of his apprenticeship, Bill was promoted to senior floral decorator, which involved creating flower and plant decorations for civic functions, including those attended by members of the Royal Family. Promotion to foreman of a public park soon followed.

In 1959, Bill went to dance classes at Neely's Dance Studio where he met Valerie. They were engaged in 1964 and married on 16 October 1965: Bill made his first bouquets for his bride and her bridesmaids.

As the Troubles raged in Northern Ireland, Bill and Valerie delighted in family life after the birth of Susanne in 1967 and Christine in 1971.

In 1972, Bill was appointed Grounds Superintendent at Stranmillis Teacher Training College in Belfast. His remit included the upkeep of the Shaw's Bridge Sports Ground where Bill met students who would later become Ireland rugby internationalists.

The family relocated to Edinburgh in 1978 when Bill was appointed Grounds Superintendent of the Merchant Company of Edinburgh's sports grounds at Inverleith and Ferryfield, and the sports grounds at The Mary Erskine School. During his years, Bill met several rugby players who would go on to represent Stewart's-Melville and Scotland.

Bill was appointed to his "dream job" in 1985, when he became "Grounds Superintendent" for Scottish Rugby.

With his family, he lived in the cottage on the grounds, which allowed him to be on call 24 hours a day especially in the build up to the international matches, concerts, Jehovah Witness conventions, construction phases and other events.

Such was Bill's dedication to his role that it became part of Scottish Rugby folklore that he used nail scissors to trim the grass prior to each international match.

In April 2000, the grounds of Murrayfield were flooded after four days of heavy rainfall. The Rugby League cup final was due to be played on Saturday 29 April and against all the odds, Bill and his team, including his successor as Head Groundsperson, Heather McKinnon, had the pitch and surrounds ready for the game.

Just before the match kicked-off, Bill had become a grandfather as his daughter Susanne had given birth at 4:40am that morning to his grandson James. Later that same year, Bill proudly attended Christine's Lothian and Borders Police passing out parade.

Bill left Scottish Rugby in 2003 and with his wife Valerie moved to Kirkcudbright to live with daughter Susanne in 2005.

Later that year he became a grandfather again when Nadia was born.

For several years Bill enjoyed the garden, the easy pace of life and, of course, his beloved grandchildren but sadly, in 2015 he was diagnosed with Lewy Body dementia and became a resident of Merse House Care Home in Kirkcudbright where he received outstanding and loving care.

Right up until his later months, rugby would be an interest of Bill's; and everyone knew not to interrupt him if Scotland, Ulster or Ireland matches were on the TV!

Pride of place in Bill's room was an aerial photo of BT Murrayfield and talk of Murrayfield or rugby would bring moments of lucidity which were treasured by his family and friends.

Bill died peacefully and without fuss on 12 July, a significant date for the proud and loyal Ulsterman he was!

He is survived by his wife Valerie, his two daughters Susanne and Christine and his two grandchildren James and Nadia.

Scottish Rugby extends its sincere condolences to Bill's family, former colleagues and many friends and knows that the pride Bill had in his patch at EH12 is shared by Jim Dawson, Alex Latto and all in the current turf care team.