Kubota recently announced that its chairman and representative director, Masatoshi Kimata, has been awarded the prestigious National Order of Merit Medal by the Republic of France, an award which is usually reserved for French citizens. 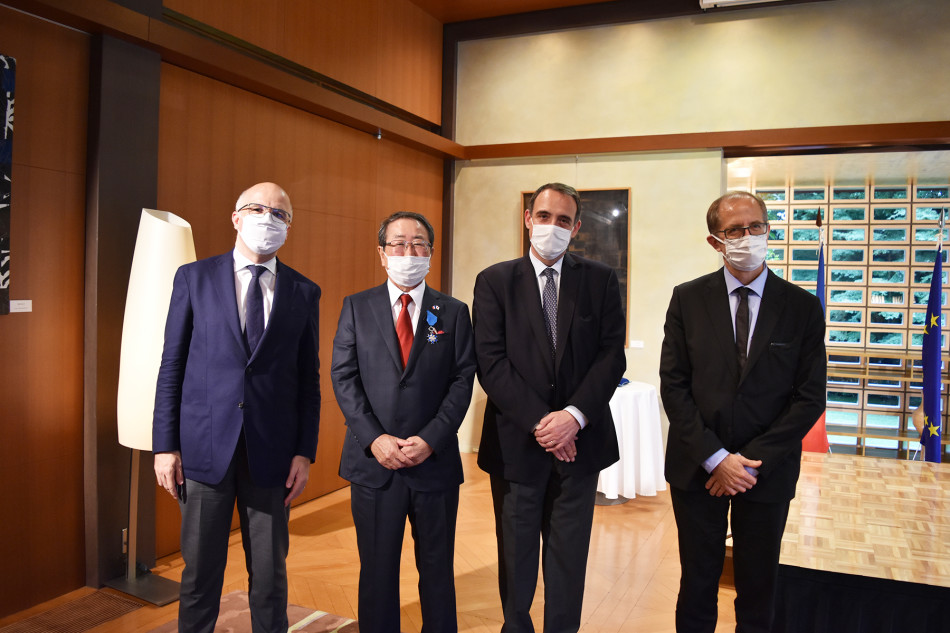 The Kubota Group established in France in 1974, at the same time that Kubota Europe S.A.S. was founded to export its tractors to European countries. More recently, in 2014, in an attempt to make a full-scale entry into the European upland farming market, Kubota established a manufacturing plant for upland farming tractors in France. Today, about 1,000 employees are working at five local subsidiaries, which are responsible for research and development, production, sales, and after-sales services.

So, in recognition of Kubota's long-standing services to economic development and the creation of jobs in the country, and on behalf of the company, its chairman, Masatoshi Kimata, has been honoured by the Republic of France.

The National Order of Merit was founded in 1963 and is usually awarded to people who have made remarkable contributions to France in the areas of cultural and economic activities, and this year Kubota had the honour of receiving this prestigious award.

During the award ceremony, which took place on June 30th at the French Embassy in Tokyo (Japan), Mr Kimata dedicated a few words of gratitude: "It is a wonderful honour to be awarded this decoration, which would not have come about without the dedicated efforts of everyone concerned. Ever since 1974, when Kubota first made inroads there, France has hosted our core operations in Europe, allowing us to increase our presence in the region by distributing tractors, construction machineries, and industrial engines. For us, France is, and shall remain a vital location for the Kubota Group."