On a wet day in spring (when isn't it in the north-west of England?) Lee Williams met with Ben Kay, Head Groundsman at Fulwood Academy and part-time Head Groundsman at Chorley Football Club to find out more about his dual role and what motivates him. 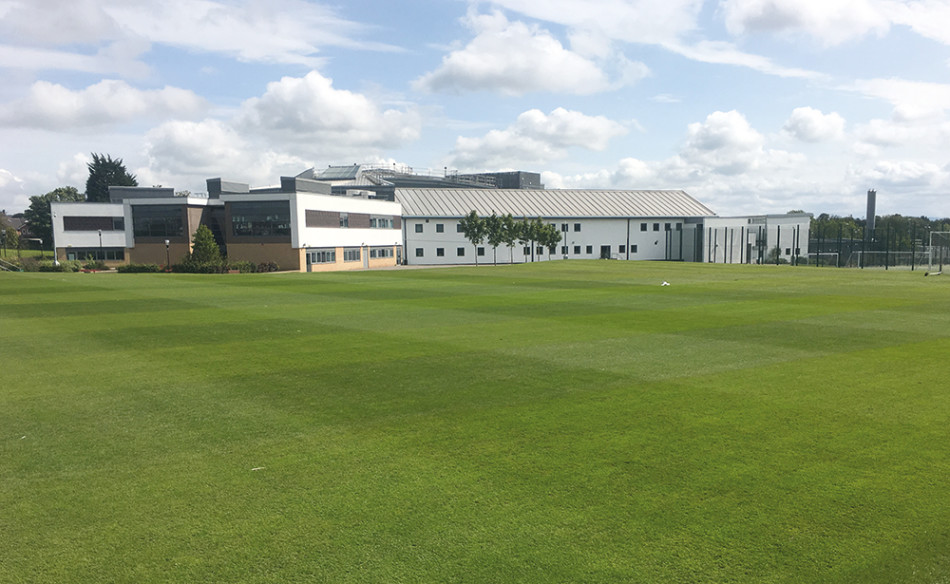 I have been following Ben Kay on Twitter for a while now and have been impressed with the work and dedication he puts into his playing surfaces - full time at the Fulwood Academy and part time at National League side Chorley Football Club. This led me to get in contact with him to find out more.

I met Ben at the Fulwood Academy grounds where he gave me a warm welcome before we walked over to his workshop. Tucked away at the back is a cosy little room with a double sofa, which is where we sat down to discuss the finer points of Ben's responsibilities and his career so far.

At the age of sixteen, Ben left school and joined Wigan Athletic Football Club, where he did a two-year youth training scheme which resulted in being offered a one-year playing professional contract. Unfortunately, at the end of that year, he was released by the club and was left with no job and no career path. Ben explains how he stumbled upon a career in the sports turf industry.

"To be honest, I didn't really have any interest in the industry at the time, but there was a job available at Wigan Council in the grounds department. which I took on simply because 'it was a job'. I spent thirteen years working for the council where I started as a general grass cutter; I was then moved up to a leading hand position, overseeing leisure pitches and schools' contracts. I enjoyed how varied the job was from marking out football pitches, cutting hedges and working on bedding plant areas to cutting down trees. Whilst still working at the council, a friend of mine, Danny Mahoney, rang me to tell me there will be a position coming up at Fulwood Academy as he was leaving. So, I applied for the job straight away, and I have been here full time for a few years now." 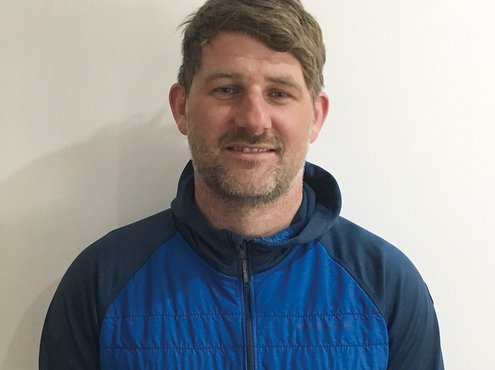 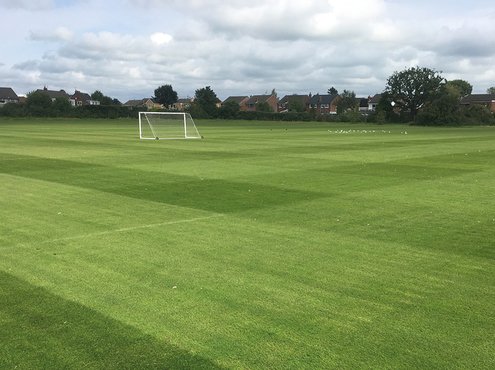 Ben also works at Chorley Football Club, who gained promotion to the National League at the end of last season, on a part-time basis. "I was good friends with Jamie Vermiglio who, at the time, was assistant manager under Matt Jansen. They didn't have a groundsman at the time, and Jamie knew what I did for a living and kept pestering me to come and look after the football pitch. One day in November 2017, I decided to go down and have a chat with them and, after much deliberation, I took on the challenge."

Ben works at Fulwood Academy five days a week Monday to Friday from 7.00am until 3.00pm. Then, on his way home to Wigan, he will pop into Chorley. "It's a matter of nip in, do an hour and, if I have to, clean up after a game. I can be there sometimes until 7.00pm. I repeat this process most weeks as we have so many games on the pitch. I have a laugh and a joke with the chairman at times and say Chorley is more full-time than my actual job at the school. I work most weekends at the club, especially when we have the men's team playing on a Saturday and the ladies on a Sunday. It can be tough, but it's a labour of love."

Ben does not have any recognised qualifications in sports turf, but holds his spraying certificates PA1, PA2 and PA6, along with some day release certificates he gained through St Helens college whilst working at the council.

Ben works on his own at the school and has a small budget to work with, but he does manage to get contractors in now and again. "I will get the contractors in to do the verti-draining twice a year to break through the clay and keep the sand banding open in the pitches. They will also do the sand topdressing at the end of the year - if the budget will stretch. I do all spraying in-house using our tractor mounted boom sprayer."

The school has a rolling contract with a local football club - Longsands Lynx - who use the pitches for training every Thursday when the nights become lighter, and around six teams at various age levels play their home games over the weekend.

The school's grass playing area covers 23,000m2. This is split between two full-size football pitches, a 9v9 pitch and cricket square in the middle of one of the pitches. There is a full-size 3G pitch, three tennis courts, three basketball courts, allotment, greenhouse and chicken pens.

Ben talks me through a typical maintenance week for the school and Chorley FC.

"Monday - got to work at 7.00am, cleaned up all three school pitches from the weekend. Left at 3.00pm to get over to Chorley to take sprinklers off and cut ready for Tuesday's trial game.

Tuesday - in at work at 5.45am to change tines in the Charterhouse Rapidcore and make a start on spiking the pitches. Did this all day and left at 8.00pm.

Wednesday - in at work by 7.00am. Cleaned pitches from last night's training and made ready for this evening's game. Also did a few other jobs around the school. Over to Chorley for 3:30pm to cut and mark pitch in preparation for two girls finals.

Thursday - in at 7.00am to clean and divot all of the pitches ready for Thursday's training/game. 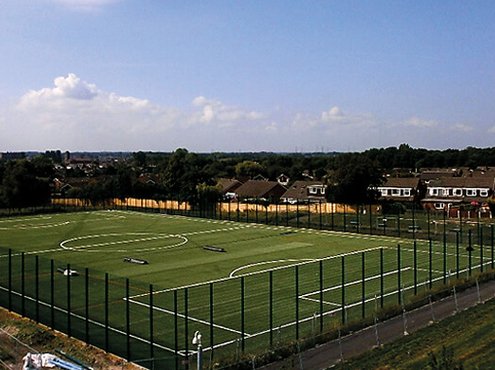 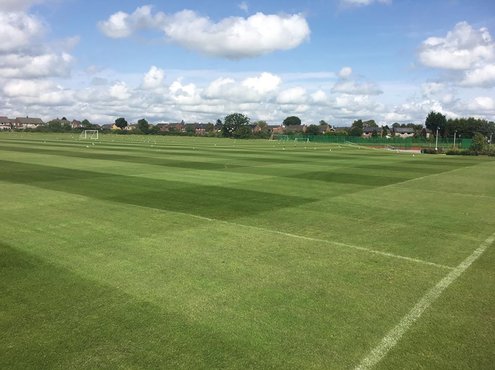 Friday - another early start. Cleaned up the main pitch and overmarked both 11v11 and 9v9 pitches. Then over to Chorley to double cut and overmark the pitch. Got the sprinklers out and ready just in case the gaffer wanted it watering beforehand.

Saturday - watered pitch early morning and left sprinklers in place. Arrived back at 1:00pm and watered the pitch, removed all sprinklers from the pitch, placed portable goals in place, spoke to the opposition's staff about warm-ups, divoted, had a walk around whilst warm-ups were going on, repairing marks, and removed portable goals. After the game - tied the nets up, a good sixty minutes walk around fixing marks and divots and left around 6:30pm.

Sunday - up early, cleaned up with the Allett, home for 10.00am. Then back up for 1.00pm as the women had a game. Again, spoke to opposition staff regarding warm-ups, walked round divoting, repairing scuffs etc. and went home at half time. I'll go back Monday to 'hoover' the pitch.

So, that's five games we had at Chorley that particular week, as Wednesday there were two finals on the pitch."

As well as the above 'average week', Ben will clean up and rake the 3G after every sixteen hours of usage and he is responsible for the upkeep of the grounds, the allotment (including a glasshouse) and the chicken pens.

The pitch at Chorley is well used, which makes the upkeep all that much harder with a limited budget, but Ben enjoys the challenges it brings. Last season, over sixty games were played, plus training sessions.

Machinery at both sites is bought second-hand when budgets allow. Ben purchased a Charterhouse Rapidcore last year, "I'm delighted with this machine. It gives me a chance to open up the profile a little bit when I know there is going to be some rain. It's been invaluable to help me get as much playing time out of the pitches as possible. We are also going to purchase a triple soon which will be road legal. The idea behind this is so we can offer to cut local pitches for a small fee, which will help to fund my budget going forward." (where will he find the time?)

I asked Ben his thoughts on the industry. "Looking from the outside, the job has become more attractive. The Premier League pitches are full of grass and well presented on TV for all the public to see. I think we have seen more and more people coming into the industry. Myerscough College is just down the road from here, and I would like to think they have a full intake of students each year. Groundsmanship and greenkeeping have come a long way in recent years and it's a great industry to be in. I would recommend it to any younger people who are looking for a rewarding career - if you are willing to work hard for it."

Ben certainly works hard in his joint roles and, with the prospect of additional contracting work, one wonders where he will find the time! 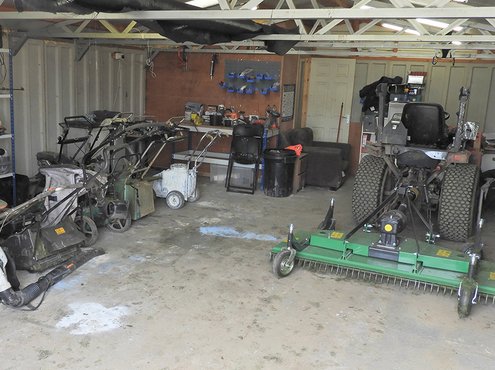 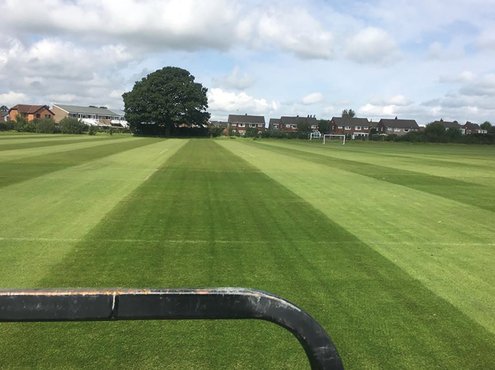 Fulwood Academy (formerly Fulwood High School) is a coeducational secondary school located in Fulwood (near Preston) in the English county of Lancashire.

Previously a community school administered by Lancashire County Council, Fulwood High School converted to academy status on 1st September 2009 and was renamed Fulwood Academy. Charles Dunstone sponsors the school through a charitable trust. Dunstone is the chairman and co-founder of mobile phone retailer Carphone Warehouse and chairman of the TalkTalk Group.

Chorley Football Club is based in Chorley, Lancashire. The club competes in the National League, the fifth tier of English football, having won promotion at the end of last season.

The club's home colours are black and white stripes, hence the nickname The Magpies.