0 Getting Personal with Carl Tonks 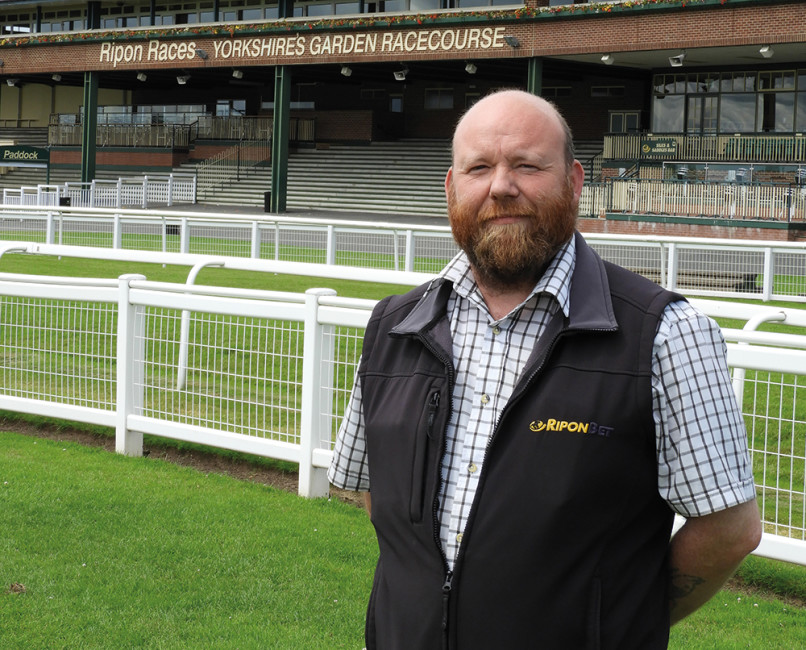 Who are you? Carl Tonks, Head Groundsman of Ripon Racecourse.

Who's your hero and why? The wife - I could not do anything without her.

What's been the highlight of your grounds career so far? Winning Racecourse Grounds Team of the Year.

If your younger self saw you now, what would they think? You are not going to leave a beautiful corpse!

Which famous people wind you up? Anyone famous (fame is not aspirational).

What job would you love, other than your own? Isle of Man TT Legend.

What was the most embarrassing moment in your life? An incident involving saddle soap!

Brexit or Remain? Are we still discussing this?

What is your favourite film? Uncle Buck.

What scares you? Humanity.

What would your autobiography be called… and who would play you in the film? Touching Cloth - Ryan Reynolds. Apparently people come up to him in LA asking 'what's the going at Ripon'.

What is your favourite sport? Motorcycle road racing.

What would you cast into Room 101? Humanity!

Which historical time and place would you most like to visit? Quarter past three last Tuesday (I had a lovely sausage roll).

Do you have a lifetime ambition? To spend quality time with family.

Which three people, living or dead, would you invite to a dinner party? Dinner party? Really!

What's the best advice you have ever been given? Volunteer for everything.

What's your favourite piece of trivia? Grass grows by the inch, and dies by the foot.

Which three albums would you take to a desert island? Pearl Jam - Ten, Simon and Garfunkel - Wednesday Morning 3am and Weird Al Yankovic - Poodle Hat.

What's the daftest work-related question you have ever been asked? Did that hurt?

What's your favourite piece of kit? Our irrigation system.

What three words would you use to describe yourself? Not All There.

What is the single most useful thing you could tell a 16-year-old groundsperson/greenkeeper? Get educated.

What law/legislation would you like to see introduced? Euthanasia.

You can view the full Ripon Racecourse article here