0 Getting Personal with Dale Stephen 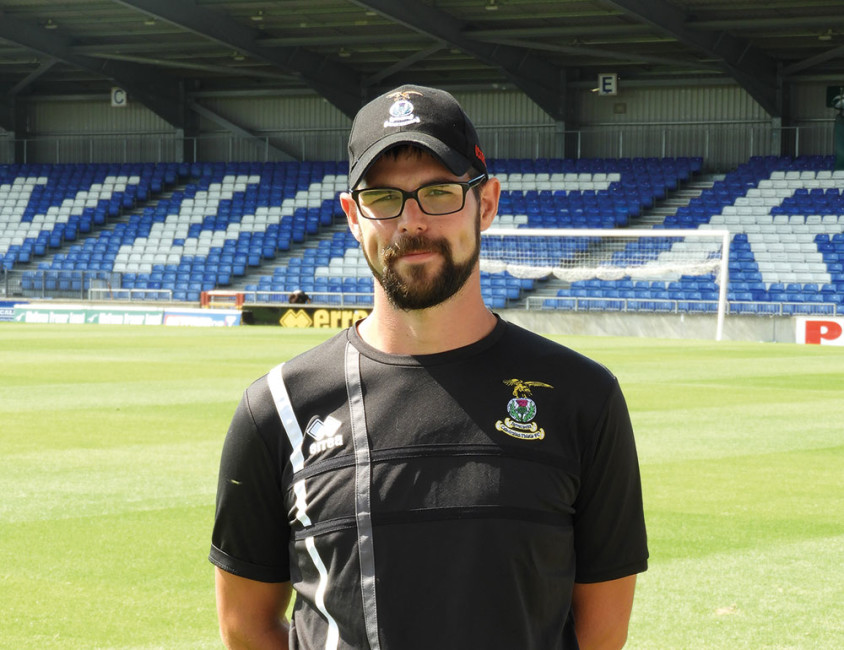 Who are you? Dale Stephen, Head Groundsman at Inverness Caledonian Thistle Football Club.

Family status. Married to Amanda and father to Lily and Bella with a dog called Lola.

Who's your hero and why? My old man; (Stumble) he's always there when I need him.

What's been the highlight of your grounds career so far? Last year's Scottish Cup semi-final at Hampden Park. Reaching there made the three games and one penalty shootout on the pitch worthwhile. We were only drawn at home in the competition once!

If your younger self saw you now, what would they think? I'd hope they would be proud of what I'm doing and the family I have.

Which famous people wind you up? Various people. Most of which are from reality TV.

What job would you love, other than your own? I love being a groundsman so it's a hard question.

What was the most embarrassing moment in your life? I once cycled into the back of a parked van on my way to school! That was pretty embarrassing in front of a group of other kids and a couple of people walking past.

What is your favourite film? Anything with Tom Hanks. From Turner and Hooch to Saving Private Ryan - he's a class act.

What scares you? The future ... when boyfriends become the topic at the dinner table.

What would your autobiography be called… and who would play you in the film? Grass; grows by the inch and killed by the foot! Hopefully Tom Hanks would be keen for a starring role.

What is your favourite sport? Football. I can't play it but I like watching it.

What would you cast into Room 101? Seagulls because one chased me all the way to work when I was younger. It was terrifying. One also recently stole a chihuahua from a garden.

Which historical time and place would you most like to visit? The 1980s. I think the decade I was born in looked pretty cool. Being an Aberdeen fan I'd love to go back to the glory days of 1983.

Do you have a lifetime ambition? No particular ambition, other than being the best dad I can be to my daughters.

Which three people, living or dead, would you invite to a dinner party? Tom Hanks and Freddy Mercury for the entertainment value. Plus Rita Ora - just because.

What's the best advice you have ever been given? It's not really advice, but I was told by my mum and dad I wasn't allowed to leave school without a job. It gave me the drive to go get one. I've been lucky enough to be in work ever since.

What's your favourite piece of trivia? Reindeer like to eat bananas. Absolutely useless info and no idea if it's true.

What's your favourite smell? Suncream. It reminds me of summer.

Which three albums would you take to a desert island? Queens greatest hits, Blink 182's Take Off Your Pants & Jacket and Big Country's The Crossing.

What's the daftest work-related question you have ever been asked? Can you do my garden next. Happened on the golf course and now working the stadium.

What's your favourite piece of kit? Got to be my Dennis G860. Great bit of kit that leaves a nice finish.

What three words would you use to describe yourself? Tall, dark and handsome. The wife told me to write that!

What is the single most useful thing you could tell a 16-year-old groundsperson/greenkeeper? Keep things simple. Do the basics and do them as best you can. Have pride in your work.

What talent would you like to have? To be a talented singer would be good.

What law/legislation would you like to see introduced? I'd love to get back to common sense prevailing in aspects of the workplace and life in general. I think some people take health and safety too literally these days.