0 Getting Personal with Gary Patchett

Gary Patchett - World Wars, focused and getting even 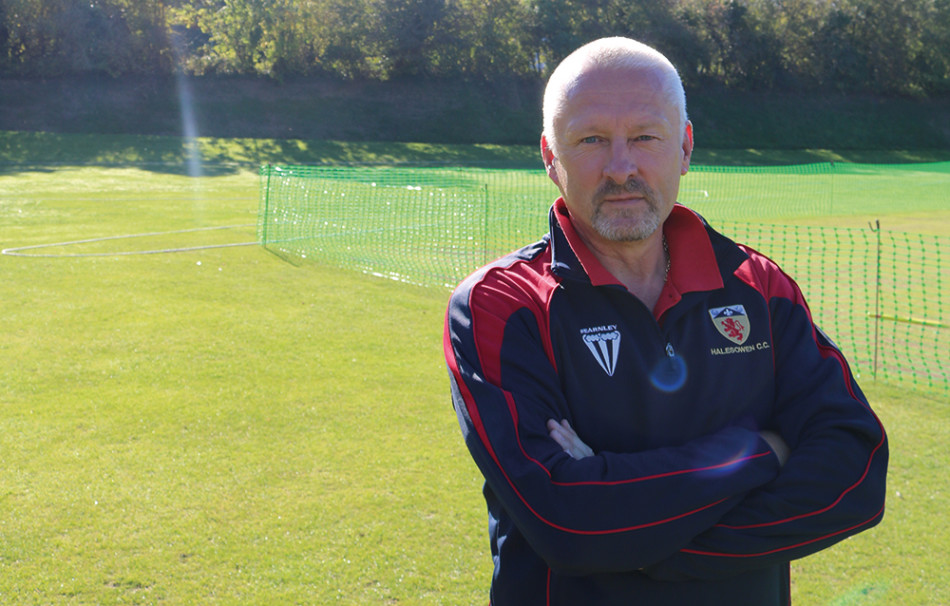 Who are you? Gary Patchett, Head Groundsman at Halesowen Cricket Club.

Who's your hero and why? Group Captain Sir Douglas Bader. He was a fighter pilot who, between the first World War and second World War, lost both of his legs in an aerobatics accident. He fought to be allowed to fight for his country and then did so with great distinction. He was shot down in action and became a prisoner of war. To me, he personifies the British spirit and good people of this country.

What's been the highlight of your career so far? We had a game in my first season and there were 600 runs in an afternoon on a strip in the middle of the square. I remember thinking 'if there's nineteen wickets and that many runs, there can't be much wrong with the surface'.

If your younger self saw you now, what would he think? Probably that I'm barking mad doing what I do and working so many hours. But, I wouldn't change it for the world.

Which famous people wind you up? Prima donna footballers.

What job would you love to do if you weren't a groundsperson? I think I had that job in the past when I worked for myself. I really like working on my own and I'm proud and privileged to have done that for thirty years.

A wasp lands on your arm ... what do you do? Always shake it off. I'm frightened to death of the them.

If you could domesticate any animal, which would you have as a pet? A tiger as we've only ever had cats.

What's been the most embarrassing moment of your life? Too many to contemplate. Probably an indiscretion which involved alcohol when I was a late teenager.

What scares you? Not a lot to be honest. I generally don't stress.

What would you cast into Room 101? Fishing.

Which historical time and place would you most like to visit? Referring to my personal hero, it would be the first and second World Wars. It would have been such a fascinating time to be alive.

Do you have a lifetime ambition? Not anymore.

Did you achieve it? Yes. I'm married with a wonderful wife and two amazing children.

Which three people, dead or alive, would you invite to a dinner party? Douglas Bader, Winston Churchill and probably a cricketer, but there's too many to choose from.

What's the best bit of advice you've ever been given? Don't get mad, get even.

Which three songs would you take on Desert Island Disks? Lido Shuffle by Boz Scaggs, Haitian Divorce by Steely Dan and The Way It Is by Bruce Hornsby and the Range.

What's the most stupid question you've ever been asked? Why does the grass change colour when you roll it? A lady asked me that this summer, so I offered to roll over her toe to see if her face changed colour.

Which three words would you describe yourself? Focused, hardworking and dedicated.

What advice would you give to a youngster coming into the industry? Do it!