0 Getting Personal with Greg Kilgour

Greg Kilgour - he wants to bag all the Munros (I had to Google)! 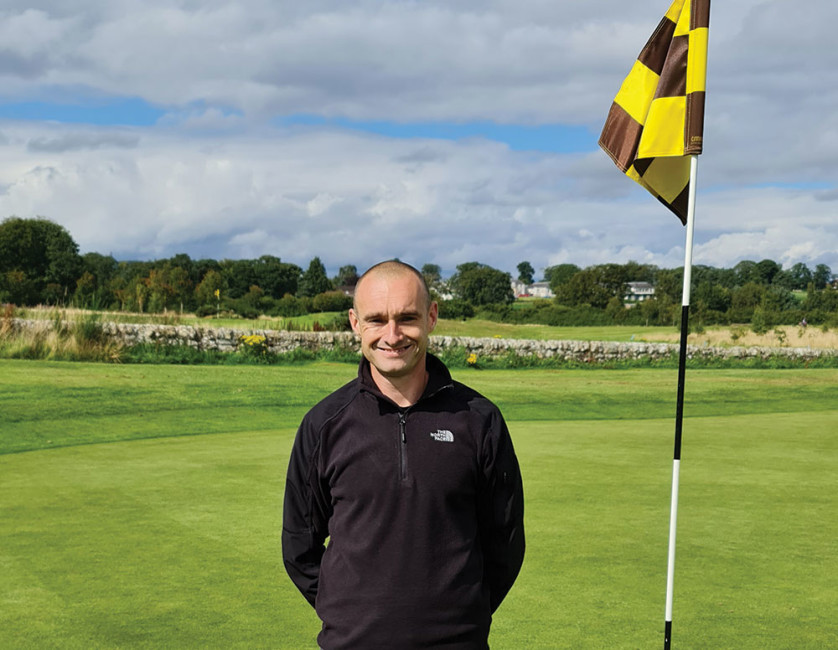 Who are you? Greg Kilgour, Course Manager at Elmwood Golf.

Who's your hero and why? My Granddad; when I was young it seemed there was never a problem he could not fix.

What's been the highlight of your grounds career so far? Gaining GEO accreditation three times and the team I have built up around me that helped achieve it.

If your younger self saw you now, what would he think? Thought you would be balder.

Which famous people wind you up? The Conservative party.

What job would you love, other than your own? Benign dictator.

What was the most embarrassing moment in your life? The first time I got drunk.

What is your favourite film? Fear and Loathing in Las Vegas.

What scares you? Climate change.

What would your autobiography be called… and who would play you in the film? Full Forest - Tom Hanks.

What is your favourite sport? Cycling.

What would you cast into Room 101? Plastic.

Which historical time and place would you most like to visit? Italy during the Renaissance.

What's your favourite smell? The smell after rainfall.

Do you have a lifetime ambition? To bag all the Munros.

What talent would you like to have? Rhythm - so I could play a musical instrument or dance.

What's the best advice you have ever been given? Don't dwell on mistakes ... learn from them and move on.

Which three people, living or dead, would you invite to a dinner party? Ian Curtis, Hunter S Thompson and Leo Tolstoy.

What's your favourite piece of trivia? There are more atoms in a teaspoon of water than there are teaspoons of water in the Atlantic ocean.

Which three albums would you take to a desert island? OK Computer - Radiohead, Exile on Cold Harbour Lane - Alabama 3, I Had the Blues, But I Shook Them Loose - Bombay Bicycle Club.

What's the daftest work-related question you have ever been asked? The 18th fairway is growing the wrong way, why don't you fix it?

What's your favourite piece of kit? Our 1994 SISIS slitter; it's cheap to run and has made a huge difference in helping combat thatch build up.

What three words would you use to describe yourself? Calm, stressed and confused.

What is the single most useful thing you could tell a 16-year-old groundsperson/greenkeeper? Ask as many questions as you can and grab any opportunities available to build your experience.

What law/legislation would you like to see introduced? Legislation that will protect workers rights, environmental standards and animal welfare post Brexit.