0 Getting Personal with Lucy Sellick 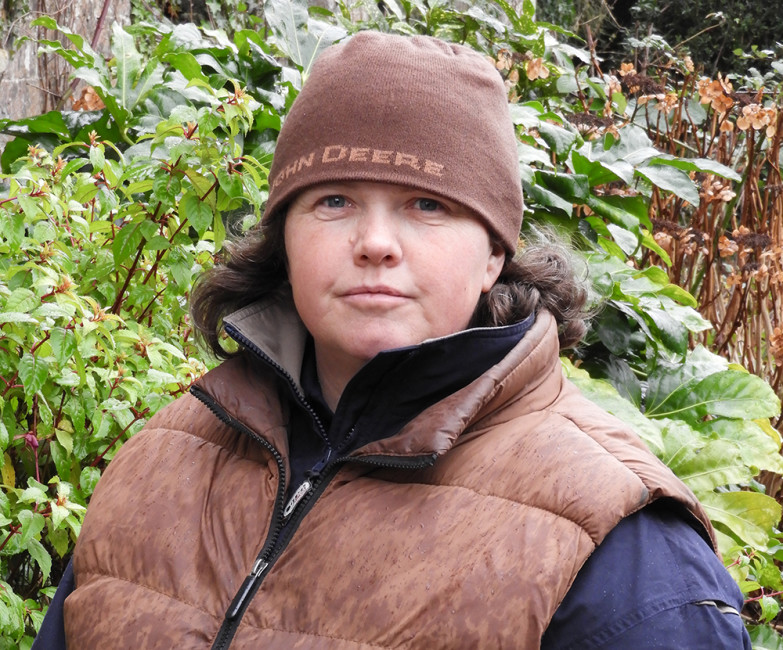 Who are you? Lucy Sellick, Head Greenkeeper. Been in the industry for twenty-eight years and love the outdoors.

Family status. Married to Lee and have two fluffy kids; Neve the border terrier and Hunter the giant ginger cat.

Who's your hero and why? Katherine Johnson, the mathematician who worked for NASA. If it weren't for the film 'Hidden Figures' who would have known what she achieved and with so many struggles. Also, how cool would it have been to be around the whole space race era.

What would you change about yourself? I can be shy in small groups and sometimes worry too much.

What's your guilty pleasure? Sports films and I love a listen to Taylor Swift or Dolly Parton.

What's been the highlight of your career so far? It would have been cutting the 18th green at the Wales Open with a full grandstand applauding. Now, it has to be reaching my current position.

What are your pet peeves? Surprises followed by excuses.

If you could go anywhere right now, where would it be? Patagonia, but would be happy with a cottage in Scotland.

What's the best part of your job? So many to list; being outdoors, weather, great industry, golfers and the Friday feeling when you look back and see what you have achieved.

… and the worst? Being outdoors, weather, negative industry, golfers and that Friday feeling seeing a machine breakdown.

Do you have a lifetime ambition? Would love a round of golf without a double bogey on my card.

Favourite record, and why? Maccabees, Given to the wild, Taylor Swift's 1989 and Mumford & Sons, Sign No More - this got me through a tough time in my life.

Who would you choose to spend a romantic evening with? I would have to say the hubby, but he wouldn't mind me having dinner with Chris Martin.

If you were to describe yourself as a musical instrument, what would you be and why? An oboe. I'm someone with a distinctive voice with depth and character once you become aware of its existence.

Which three people, living or dead, would you invite to a dinner party? Victoria Wood, The Queen and Michael Collins.

If you could be anyone for a day, who would it be and why? Museum director for the Natural History Museum. I would love to have the place all to myself at night and look through all the places we don't get to see.

Do you have any bad habits? I pick at my nails and I have little patience.

... or any good ones? Helpful to others.

Do you go to bed worrying about the next day's workload? Sometimes it can't be helped; bad weather, staff or fixtures can change plans.

What are you reading at the moment? Hooked on Luke Jennings after watching Killing Eve and love 'Cunk on Everything', a laugh out loud book.

What's the best advice you have ever been given? You don't know what people's expectations are, so do the best you can and hopefully you won't disappoint.

What's your favourite smell? That weird smell after it rains in summer or a G&T; too close to call.

What do you do in your spare time? Allotment, golf, gin or coastal walk with a camera hunting fossils.

What's the daftest work related question you have ever been asked? Was asked once if I was allowed to touch the elephants when a car insurance sales person mistook Greenkeeper for a Zoo Keeper, when asking what I did.

What's your favourite piece of kit? Hate to say it but my smartphone; weather, fixtures, emails, suppliers, links to others within the industry for support or advice, camera, notepad, measuring device; the list goes on. If this answer is too controversial, I'll say ProCore.

What three words would you use to describe yourself? Diligent, courteous and decisive.

What law/legislation would you like to see introduced? Before introducing new ones, I would have current ones enforced! Shocking to read clubs not providing pensions, PPE or hot running water for their staff.