0 Getting Personal with Sam Bethell 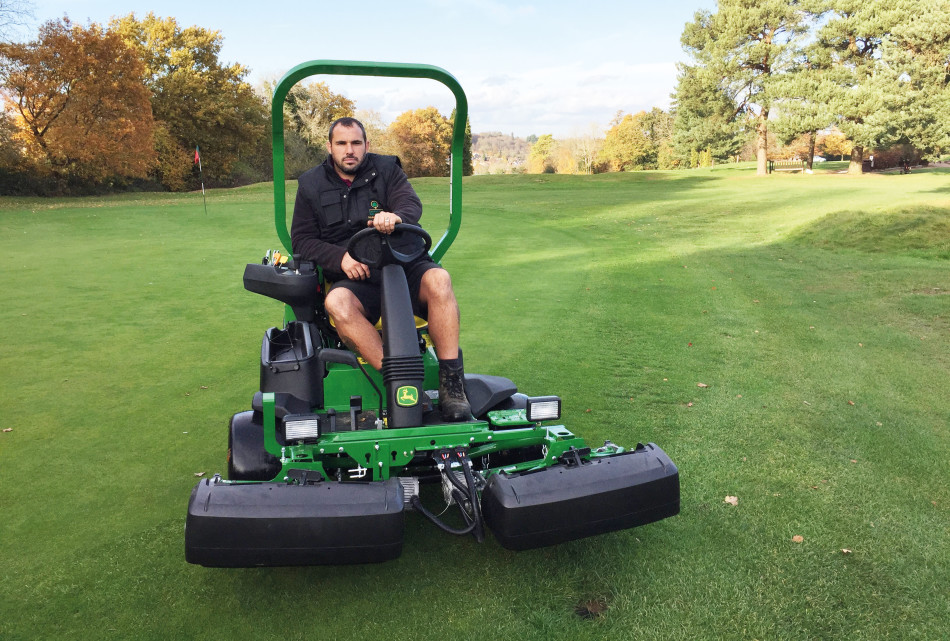 Who are you? Sam Bethell, Course Manager at Chipstead Golf Club.

Who's your hero and why? My dad. He was the best man at my wedding. My dad did everything he could to provide for my family (along with my mum). Lost his job in the print when I was a teenager, so he went back to using his building skills and took me with him. Had me mixing cement, hod carrying and building fences when I was twelve. Showed me how to graft and why. He's what you would expect of a man from Lambeth Walk, South East London; common as muck, strong as an ox, always dapper and Millwall.

What would you change about yourself? Less dramatic, need to chill out a bit more.

What's your guilty pleasure? Christmas music and films, all year, not just because it's December.

What's been the highlight of your career so far? Completing my FdSc Sportsturf in May. Left school with one GCSE, hated school, but knew I could do something like that if I was interested in the subject.

What are your pet peeves? Noisy eaters. Chewing with your mouth open, smacking your lips or talking with your mouth full. All of that makes my head explode. Also, bad manners. Costs nothing to say please and thank you, hold a door open or give up your seat. Seeing less and less in the way of good manners.

If you could go anywhere right now, where would it be? Antigua, went there for my honeymoon. Stunning place. Company was half decent too.

What's the best part of your job? Working with my team and seeing them improve as greenkeepers. It's great when they learn a new skill or gain some knowledge. When they come to you with ideas from what they've learned it makes you feel good.

… and the worst? Shed days. Bad enough that they're normally due to awful weather, but being stuck in a shed sweeping dust or tidying benches is my idea of hell.

Do you have a lifetime ambition? Not really. Mainly just want to be around long enough to see my girls grow up.

Which three albums would you take to a desert island? Arctic Monkeys - Whatever people say, that's what I'm not. Nirvana - Nevermind. Gorgon City - Sirens.

Who would you choose to spend a romantic evening with? Other than my wife? Kelly Brook.

If you won the lottery, what is the first thing you would do? Pay the mortgage off.

What would you consign to Room 101 and why? Nickelodeon. My daughters watch programmes on there that make me want to scoop my eyes out.

Which three people, living or dead, would you invite to a dinner party? Mike Tyson, Dave Grohl and Gazza.

If you could be anyone for a day, who would it be and why? My youngest daughter, then I could get some insight as to what the hell is going through her head at times. She's crazy, pretty sure she's feral too.

Do you have any bad habits? I blow my nose in the shower and I know it's like an ocean liner has sounded its horn. Could wake the dead.

... or any good ones? I make the wife coffee when I get up for work. Keeps her sweet.

Do you go to bed worrying about the next day's workload? No, never. If I'm concerned, I make a list so it's planned out.

What are you reading at the moment - hard copy or online? 'Because my dad does' - online. About following in your dad's footsteps as a Millwall supporter.

What's the best advice you have ever been given? Don't give them everything straightaway, leave them wanting more so it gives you something to keep working to.

What's your favourite smell? Jet fuel, love that smell at the airport.

What do you do in your spare time? Football, I go to watch Millwall with my daughters.

What's the daftest work related question you have ever been asked? Am I on a prison release programme? Was asked by a lady member at The Richmond GC when she saw my tattoos.

What's your favourite piece of kit? Verti-drain, I do like punching holes in things.

What three words would you use to describe yourself? Honest, reliable and big.

What talent would you like to have? Play an instrument; guitar or drums would be good.

What law/legislation would you like to see introduced? Tougher sentencing on knife crime, minimum custodial sentence of at least five years. Even if just caught carrying.