0 Getting Personal with Vince Vosper

Vince Vosper - he loves F1 and is scared of the wife 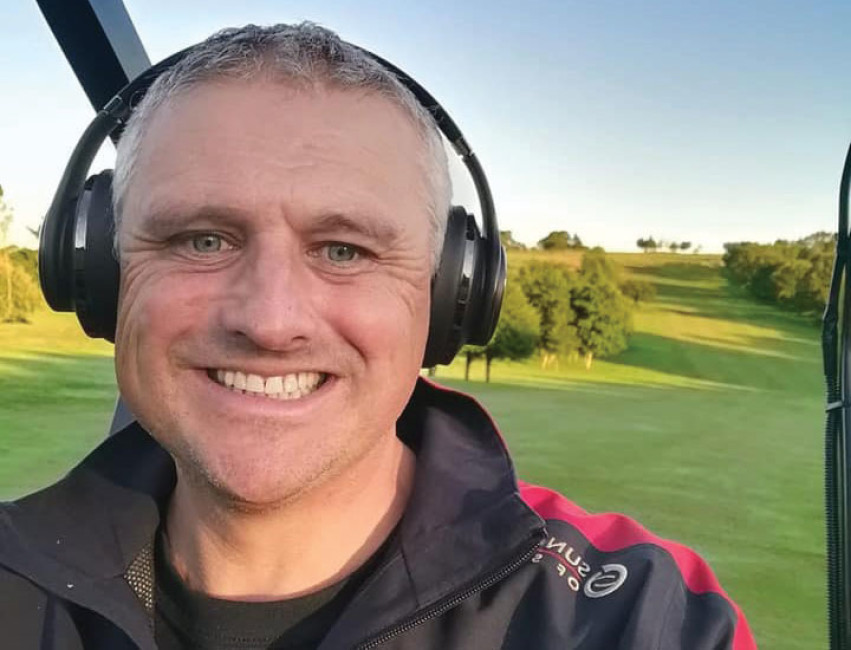 Who are you? I am Vince Vosper the Head Greenkeeper at St Austell Golf Club.

Family status. Married to Joanna. Dad to Lewis and Harry and stepdad to Sam, Annie and Lara.

Who's your hero and why? My brother George who has overcome so much in his lifetime. He rose through the ranks in the Army to Major, served in various British wars, survived the British Midland plane crash, has been a fantastic cyclist and, this year, survived cancer and life support.

What's been the highlight of your grounds career so far? We are about to hold the County Championships. Since becoming Head Greenkeeper, I have seen the club go from strength to strength and that makes me very proud having worked here for the past thirty one years!

If your younger self saw you now, what would he think? Some bleddy boy! He did alright for himself.

Which famous people wind you up? As Ricky Gervais has often said - any 'celebrities' who like to educate every one else, but they never got a GCSE between them!

What job would you love, other than your own? Who wouldn't want to be a Formula 1 driver?

What was the most embarrassing moment in your life? Getting on an amazing gameshow in Mozambique, thinking I would be awesome ... only to be shown up by my wife.

What is your favourite film? A Bridge Too Far.

What scares you? My wife's mother and my wife does a good job at times too, but she is 100% my soul mate!

What would your autobiography be called… and who would play you in the film? Didn't Turn Out Too shabby - George Clooney, but I expect he will be busy.

What is your favourite sport? F1.

What would you cast into Room 101? Crocs.

Which historical time and place would you most like to visit? Being in mission control when the first moon landing took place.

Do you have a lifetime ambition? To cycle from Lands End to John 'O' Groats.

Which three people, living or dead, would you invite to a dinner party? Jeremy Clarkson, Ayrton Senna and Barry Sheen.

What's the best advice you have ever been given? Happy wife, happy life.

What's your favourite piece of trivia? What is the worlds largest desert? The answer is Antarctica.

Which three albums would you take to a desert island? Show of Hands - A Show of Hands, Bon Jovi - Best Of and Eminen - Curtain Call.

What's the daftest work-related question you have ever been asked? Why do we have temporaries, it's not raining where we live (they never live near the course either)!

What three words would you use to describe yourself? Honest, witty and lucky.

What is the single most useful thing you could tell a 16-year-old greenkeeper? Get yourself a wide range of skills and don't be scared to take things on.

What talent would you like to have? To be more computer literate.

What law/legislation would you like to see introduced? To stop political correctness and start living in the real world again.