"CALLOUS" vandals pushed glass bottles into a Flintshire junior football club's pitch.The finding was made at the Argoed High School's football pitch - which is also used by Mynydd Isa FC. 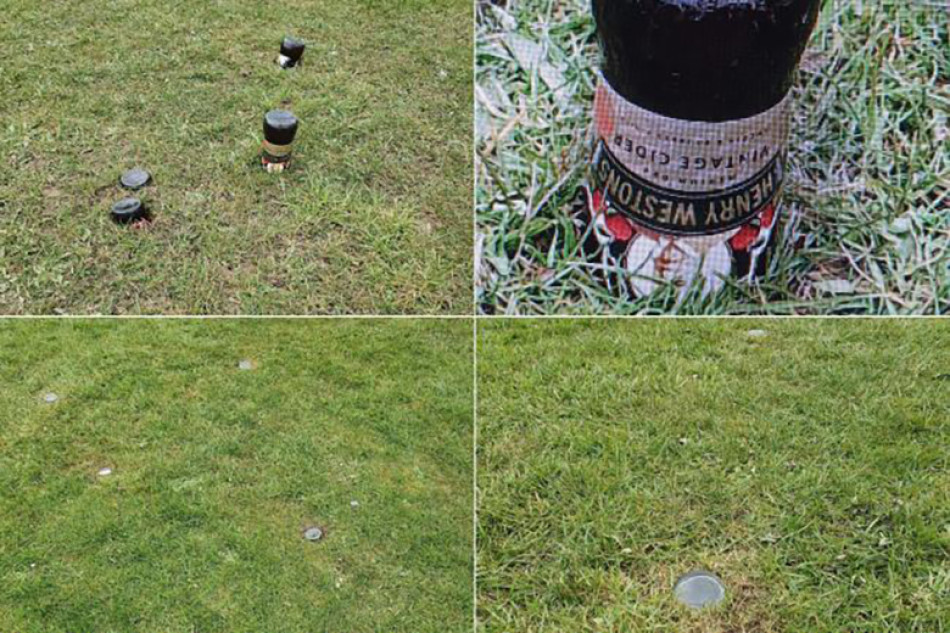 It comes after a group of youths were seen placing shards of glass into Mold Alexandra's pitch - sparking concerns that this is becoming a "growing trend" of vandalism.

Billy Kemp, Mynydd Isa FC's chairman, said: "It seems a callous act, rather than mindless - as it can only have been done with the intention of injuring someone.

"It is more sinister than the usual acts of vandalism you see - which is the very concerning part.

"If a child was to go for a sliding challenge over one of these bottles - it could be catastrophic. The femoral artery in the leg could be severed, which would leave them severely maimed for the rest of their life, or worse."

Billy says the way in which the majority of the 10 glass bottles had been placed left them very hard to spot.

He said: "We were alerted to it by a member of the public who saw a group of youths pushing the bottles into the pitch.

"But had we not, it could easily have transpired that one of these bottles caused serious harm to a child. A couple were protruding out of the ground but most were barely visible."

Thankfully, a team of volunteers, including a local PCSO who responded after a call was made to the police regarding the matter, have safely removed all the bottles.

Anyone who has any information relating to this incident is urged to contact North Wales Police on 101 quoting incident reference number Z047340.