Controversial proposals to build a new housing estate at a golf course have been refused by Rochdale Council planning committee. 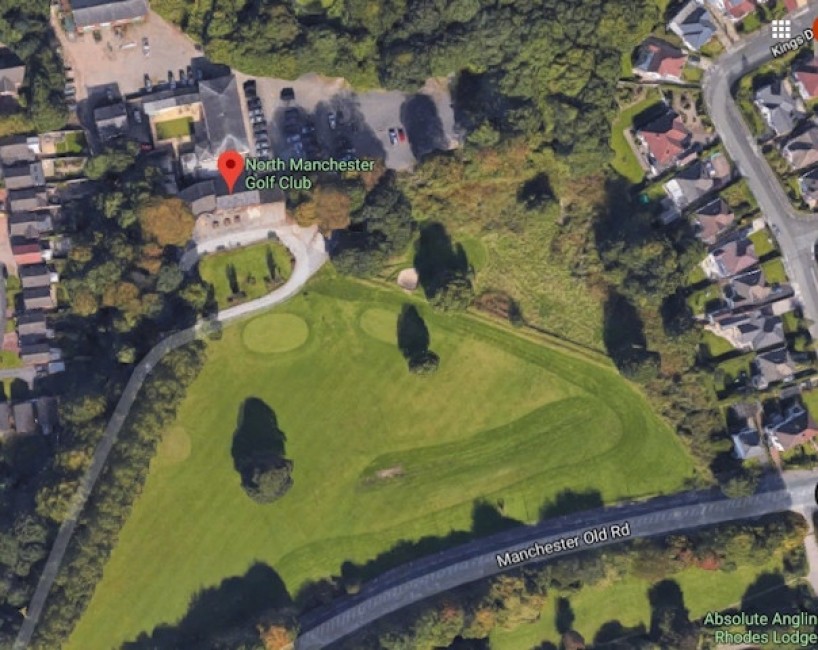 The scheme would have seen 65 new three and four-bedroom houses built on the practise greens at North Manchester Golf Club, in Middleton.

As part of the plans, the clubhouse and green keepers store would have been demolished and rebuilt elsewhere on the site, while a replacement car park with 33 extra spaces would also have been created.

But councillors on the planning committee have turned down the application, which was first lodged by Countryside Properties and North Manchester Golf Club back in 2016.

The council planning department's report says the 4.5 hectare development would have an 'unacceptable impact on a green space corridor that provides welcome visual relief from urban development, including attractive views'.

The report adds that the proposed homes were not of the type of 'high value housing' the borough needs.

The size and scale of the houses - including 'varying heights' and 'large expanses of roof planes' - is also heavily criticised in the report.

It states: 'Their elevated position and proximity to the Manchester Road highway, would result in closely packed, top heavy, bulky forms of development that would be visually dominant and conspicuous in the street scene'.

The council said it had suggested changes to the proposal which would have made it acceptable, but the applicant was 'unwilling to amend the plans'.

The application attracted 37 objections on the public, as well as one letter in support.

Those opposed to the plans cited a loss of open space and the existence of alternative brownfield sites elsewhere in the borough. They also claimed the application went against council policies.

However, the project was backed by the Lancashire Union of Golf Clubs.

In a letter to the council, secretary Philip Hardy described the course as 'excellent' and said: "Current plans for improvements to drainage in certain areas of the course will only enhance this further and we are looking to bring further events there in the near future.

"Improvements to the quality of the other facilities available, the clubhouse, changing rooms and car parking in particular, would create a sports facility of a very high standard."

South Middleton ward councillor, Peter Williams said that, while some residents would have welcomed the drainage improvements, he believes the council came to the right decision.

He said: "We did consult with residents and a lot of them had mixed feelings about whether it was a good thing or a bad thing. There wasn't a consensus. But my own view is that maintaining that green corridor through to the green belt from Alkrington Woods is pretty important."

North Manchester Golf Club and Countryside Properties have been contacted for comment.

For the full article visit: www.rochdaleonline.co.uk