0 Golf, factory tour, German beer... what dreams are made of 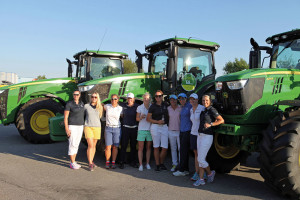 One sunny afternoon, an invitation arrived at the Pitchcare offices, from John Deere. As official machinery supplier to The Solheim Cup 2015, the trip would include admission to the final day of the tournament, so naturally the guys were keen but, lucky for me, I was the only one available, so off I went...

I'm sure many of you, who have had the privilege of attending an event organised by John Deere, will not be surprised to hear that the planning and organisation is exceptional so, armed with enough paperwork and information to have decimated a small forest, I arrived in Frankfurt. 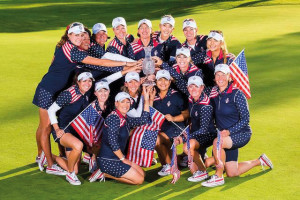 The trip also included dealers and valued customers so, after waiting a short time for the rest to arrive at the airport, we set off for our hotel in Mannheim. After a very quick turnaround (maybe too quick for a woman however, being in the minority I was outnumbered where timescales were determined), we met in the lobby and headed for dinner at the See Hotel in Ketsch. The restaurant, ambience and food was exceptional and exactly what you would expect from a venue featured in the Michelin Guide 2015.

Arriving back at the hotel later that evening, was a different scene to when we had left. A beer festival (turned hedonistic rave) had popped up out of nowhere, so a select few of us thought it would be rude not to take in the experience and sample the German beer... when in Rome!

The decision to retire fairly early (I'm sure this definition means something different to us all), meant we set off for the Solheim Cup bright eyed and bushy tailed. Now, this may sound like a weird observation, but I will share it anyway. What struck me most about the journey to the tournament was how the traffic and lane manoeuvring works over there. Drivers actually use lanes correctly i.e. overtake then pull back in, something us Brits seem incapable of doing! But this meant that the traffic flow was excellent and the approach and entry to the Golf Club St. Leon-Rot was hassle free. 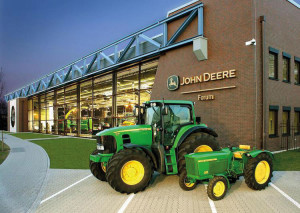 On the course, play had resumed in the final fourball (between Europe's Charley Hull & Suzann Pettersen and American duo Alison Lee and Brittany Lincicome), following the suspension for bad light on Saturday evening and, as we took our positions on the 1st hole, the highly controversial incident on the 17th murmured around the course.

Lee missed a putt and then picked up her ball under the assumption Europe had conceded - it was claimed Hull was already walking towards the last hole - only for Suzann Pettersen to claim Europe had not conceded the short putt that remained. The match referee intervened and Europe were awarded the hole meaning Sunday's matches started with a 10-6 lead to Europe.

Petterson made a heartfelt apology, after the tournament had closed, to say she was gutted and truly sad about the incident. "I am so sorry for not thinking about the bigger picture in the heart of the battle and the competition. I was trying my hardest for my team and put the single match and the point that could be earned ahead of the sportsmanship and the game of golf itself."

In my opinion, this controversy did not help the mindset of the players in either camp... Europe seemed to have their heads down and USA came out fighting and, after an excellent day of truly exceptional golf, Europe disappointingly lost by just one point, finishing 14½-13½. 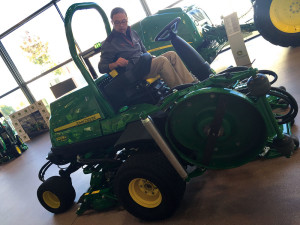 We headed over to the closing ceremony tent which was a little hard to watch and, in light of the defeat, there was nothing else to do but embrace Oktoberfest... more German beer, lederhosen, Schnapps and drowning Europe's sorrows.

The next morning (and with a few sore heads), we made the very short trip to the John Deere, Mannheim Regional Center, which employs more than 3,500 local people. The factory tour was impressive to say the least, and to gain an insight into the manufacturing process of one of the world's biggest brands and admired businesses was really interesting.

We were introduced to the new 9009A Terrain Cut mower, due to be launched at BTME, Harrogate this January, which offers the comfort and ease of operation you would expect from John Deere. For further information and pricing of the machine, talk to your local dealer.