41-year-old Matthew Robbins manages golf at the Telford Hotel and Golf Resort, which sits atop the valley sometimes considered the spiritual birthplace of the industrial revolution, Ironbridge Gorge. He spoke to Pitchcare about what it takes to maintain greens for a successful hotel and golf business, and the benefits and challenges of having massive bunkers. 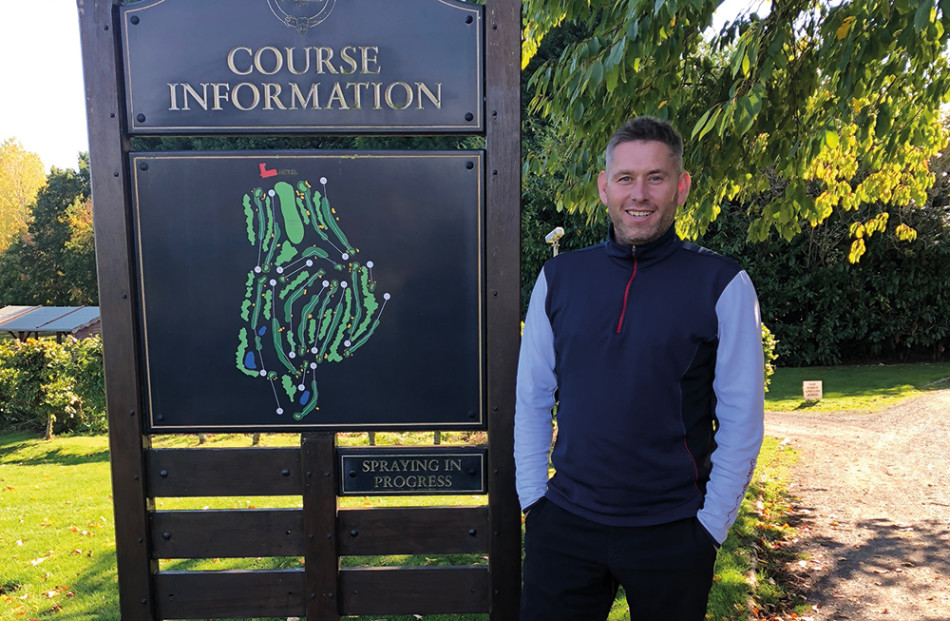 My team and I managed to double the membership at my previous course, over a four-year period, which is when I was approached by The QHotels Group to work at Telford Hotel and Golf Resort.

I'm now the golf operations manager, which means I'm the head greenkeeper and the head of golf. That entails operations, including sales administration, plus overseeing the boys.

The iron bridge itself must be something of a draw, because our direct competitors in terms of residential golf are those within the larger Birmingham area, and it tends to be that golfers will only be visiting for one or two rounds.

This club also has its other bits of history to boast, including being where Ian Woosnam won his first ever professional tournament, and where Seve Ballasteros once played in an England versus Spain matchplay championship.

During my tenure too, Sir Geoff Hurst once hosted his annual charity golfing event on the course, attended by celebrities and wealthy enthusiasts.

One notable difference with our course is the sheer size of the greens and bunkers. We have roughly 1.5 hectares of greens area, compared with an average of just over one, and some of our bunkers wrap entirely around these greens for fifty yards.

The greens are also known for their undulation. Some of them drop a couple of feet from end-to-end. They're currently running at about 11 on the Stimp. 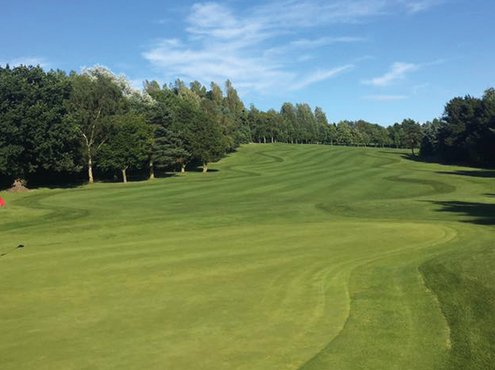 That's actually a little slower than in previous years, often at 12, as we've had to go a bit extreme with water input to bounce back from this summer, and we also use a lot of wetting agents.

If you view the feedback on the review sites, most of the positive comments will focus on that. They'll say: 'really fast'/'tricky to read'/'undulating and interesting'.

The course is just shy of 6,800 yards and, as a par-72, makes for a testing round. The standard scratch score is 74, so the handicaps take the length and green undulations into account.

Something that's complicated by the large greens is the purchasing of materials. Everyone sells packages of chemicals and the like designed to cover a hectare, so we have to buy two of each and, of course, that leaves half a packet left over each time.

Scarifying, tining, verti-draining, dressing and the like also take quite a lot longer than they would for most. On the flip side, we can do half a green at a time and just use flag positioning as a way to make the greens more interesting, whilst allowing work to be done.

We can also get some rest when ALS come to do some contracting work. They come down first thing in a morning, being based so close to us, and do our spraying and verti-draining work.

Dave, in the office there, always give us a time and date that suits us, and it's a good relationship. We know the job will be done to our standard, and they're usually gone before there's even a golfer on the course.

For me, there isn't one way to keep greens. Something that the changing seasons has done means we all need to be flexible with methods and timings, as well as just dates. For example, one member of our shop staff is now trained to cut the greens and fairways.

You can't just go out and do the old-school practice of hollow tining in March or April, followed by a big job in August. The industry now deserves better and needs better.

Most of our aggressive work on the greens now takes place during the winter months. In December or January, we'll hollow tine, we'll vert-drain, we'll leave those open for as long as we can, and then dress as soon as we can.

Unsurprisingly, that has other benefits - the golfers are far more accepting about you digging the greens up in January than they are in August when it should look pristine. Also, you get to leave the spaces more open, so the effects of aerating are accentuated.

As a hotel business, there are also aspects of our golfing provision beyond that of just membership, and the pay-and-play, residential and corporate society markets find it very important that you have a golf course at its best between April and October.

Of course, the industry isn't what it was thirty years ago, so if you can make everybody happy by focusing that work on the winter months, it helps to mitigate that. 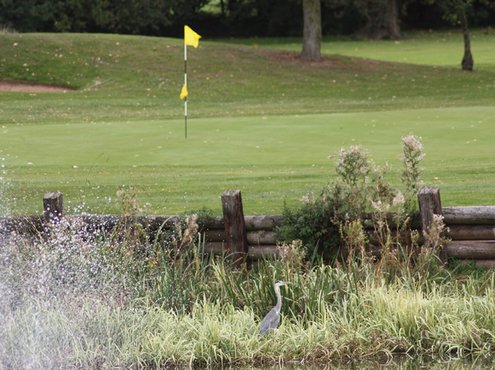 We've made huge steps in the eleven years since I arrived, when I think about the levels of thatch we found in the surface back then, and compare them to the cleanliness of the surface now.

The STRI's report into the surface before I arrived basically suggested that the only way to manage the greens surfaces was to dig them all up and start again - and that was on a set of USGA-spec greens built in the 1970s.

They're now playable all-year-round whereas, back then, if it rained heavily, it was like a herd of cows had been across the green. The pH and element levels are as they should be and it's no longer too soft to manage properly.

Our last remaining job is to refurbish those huge bunkers, because they're so demanding from a maintenance point of view, and they aren't what they were 30-40 years ago in terms of drainage or sand build-up.

Raking them and keeping them edged is a big job, and they were built for a time when we had higher staff numbers in the greens department.

We use White Moss' new sand, which doubles up as both dressing and bunker sand. I've had two loads so far, and it's great because you can just buy it in bulk for all your sand requirements. 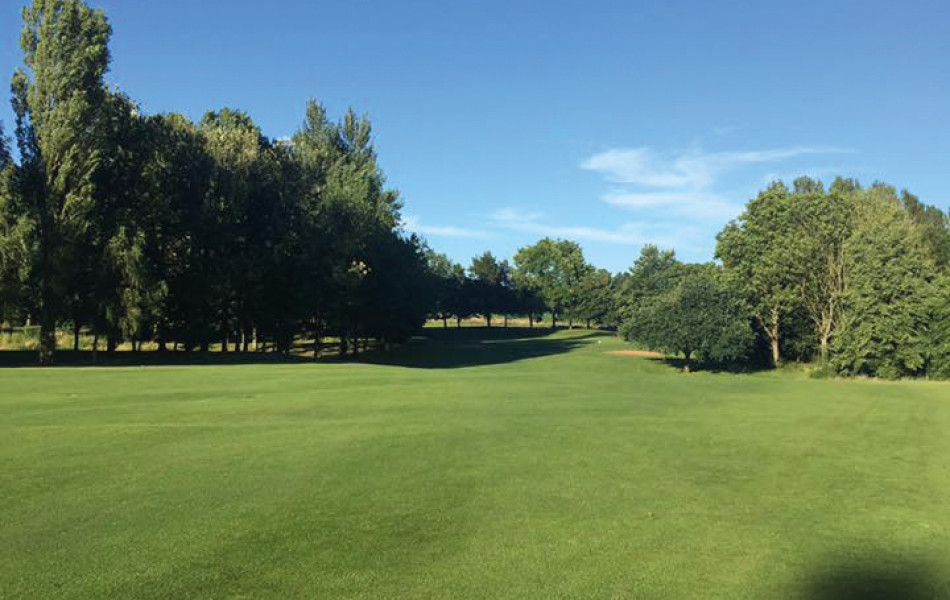 Going back those eleven years to when we started aggressive aeration and scarifying to get the greens back up to scratch, we've always filled with sand and, when you're getting close to being a pure sand surface, it's important that the sand is of the necessary quality to sustain that.

We'd like to go with the modern approach of breaking the bunkers down into smaller, more manageable chunks, after which we'll be able to undertake all the work we'd like to do on them.

We'd love to line them, control the sand depths, and maybe strengthen the edges in some way, and those things can only be done when the maintenance of them doesn't take up so much of our time.

Like many these days, we think we'll go down the route of minimising sand area, creating banks, turfing it, and forming a gradual recession into the bunker base.

The one thing we need to ensure, then, is that we form them in such a way as to keep the course's challenge, because one of the big draws of this course is its test. Balancing that with the improvement of manageability will be key.

Read Getting Personal with Matthew here