A major overhaul of equipment and the adoption of cutting-edge technology is driving a new, long-term strategy at The Leicestershire Golf Club (TLGC). 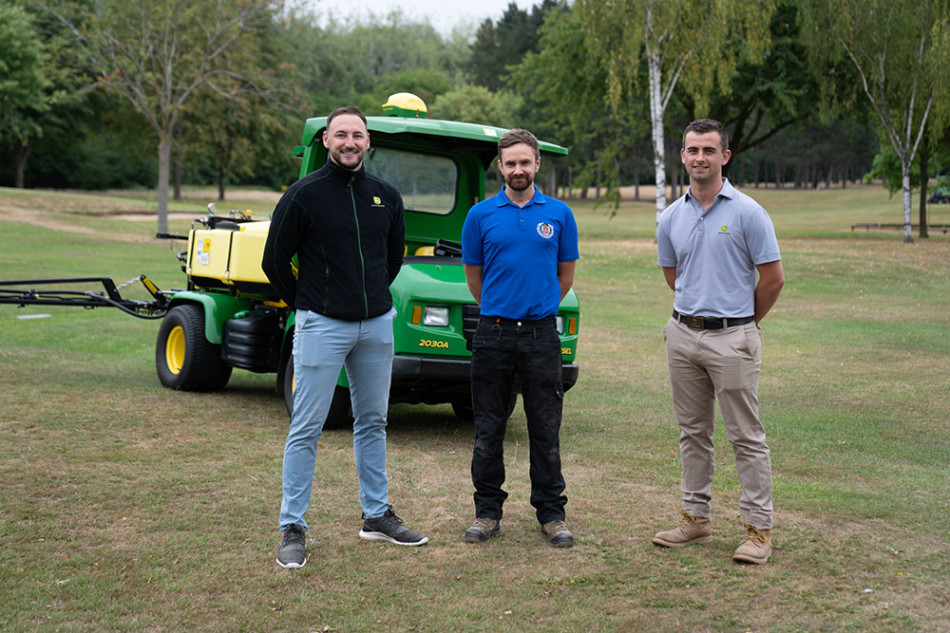 Led by Course Manager, Steve Hardy, and backed up by the club's management committee, the grounds team is now able to perform their roles to a higher level while also making significant efficiency gains.

Steve only took over the role in July 2021, joining TLGC from The Warwickshire where he was Assistant Course Manager.

It took him just a few months to oversee a transformation of the club's machinery shed which he says is already having a significant impact on how the course plays, and how the club is run. Out has gone the aging machinery which was costing the club tens of thousands of pounds every year in repairs and maintenance.

In its place has come a fleet of new John Deere kit which Steve says is saving time and money while also giving the team the tools to do the best job possible.

"When I came in, I wanted to make improvements but there were lots of issues that needed resolving so it was a case of prioritising," Steve said.

"The machinery fleet was old and inefficient - breakdowns were happening all the time and it was taking days to get the parts to be back up and running. The team was spending hours cutting the course and it still wasn't looking the best it could because the tools they were using were letting them down."

Steve proposed sweeping changes. Within weeks he had organised demonstrations with major brands of the mowers, sprayers and utility vehicles he felt the club needed.

"The club was moving from purchasing machinery and hoping it would last for 20 years to a five to seven-year strategy so, financially, it's been a big ask for them," he said.

"But the communication between us and the members was good. The old budget meant the money we had wasn't enough to do some basic maintenance or buy the necessary amount of fertiliser we need."

"We brought the committee down to the shed and showed them the old machinery next to the new stuff and it was a no-brainer. The club wanted a plan with no surprises and this is what they now have."

Working with Jacob Shellis from John Deere dealer Farol, Steve ordered four 2750 Precision Cut greens mowers, two 7500A fairway mowers, a 9009 Terrain Cut for roughs and surrounds, and a HPX Gator for picking up on the driving range and general course transport.

But the stand-out purchase for Steve is the HD200 GPS precision sprayer which has revolutionised the way the team applies herbicides, fungicides and fertilisers.

The 757-litre capacity PrecisionSprayer is based on Deere's ProGator heavy-duty utility vehicle chassis and is packed full of technology such as AutoTrac, which guides the machine for the operator, and automatic section control to turn on and shut off individual nozzles.

This means spraying greens becomes far more accurate as there is no overlap or non-target areas sprayed with expensive chemicals. 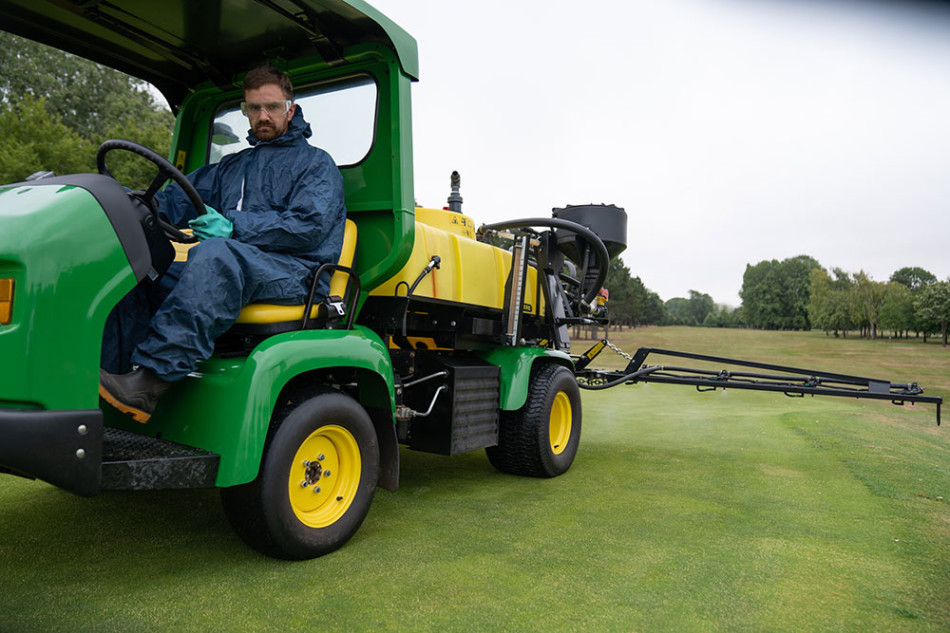 Steve estimates that he is now spraying at least 30% less chemical, purely due to the accuracy of the machine - his chemical budget for disease control has already been reduced to reflect the change.

"The sprayer is getting a huge amount of use. Just on greens, we're spraying once a week with a wetting agent, a fertiliser, or a growth regulator," he said. "In peak season it will be out working most days."

"Previously the job was contracted out so we were bound by the weather and the availability of someone to come and do the job. Now, if we get a gap, we can go out whenever the conditions are right."

"This is our first year using the sprayer and compared to other clubs in the area we came out pretty clean. A lot of that will be down to good planning but the chemical going down at exactly the right rate in exactly the right place has to have had an effect too."

Alongside accuracy and convenience, Steve says he appreciates the time saving.

"Using automated spraying records is great," he said. "They are generated as soon as a task has been completed. With the option of downloading them immediately from your iPhone, this takes a lot of time away from the admin side of things and ensures complete compliance."

All the new machines are fitted with Modular Telematics Gateways (MTG) receivers, allowing Steve to track the status and performance of each model. The fully connected fleet is also remotely monitored by Farol so, when scheduled maintenance is required, TLGC is contacted without needing to act.

The information is fed to the John Deere Operations Center and so far, shows a great step forward in efficiency.

Steve said: "By allocating tasks from a computer or phone to each operator on a machine, they just go from job to job which has cut idle time down to below 6%.

"We are able to share all this information with the club, so they know exactly what's going on among the greenkeeping team."

The six-strong team of greenkeepers are happy with their new tools, and the two trained sprayer operators have adopted the technology quickly.

Steve said: "There is plenty more to be getting on with here but the new machinery is a huge step forward. The committee is very proud of it and my team is very happy. This has solved the problems we faced in the main season and now we can move on to our next priority, which is irrigation."