by Tony Hawkins
in Public Places, Conservation & Ecology, and Aeration
on 07 Sep 2020

Poundbury, the urban extension on the outskirts of Dorchester is well-known for reflecting the design principles of HRH The Prince of Wales, on whose land, the Duchy of Cornwall, it is built. 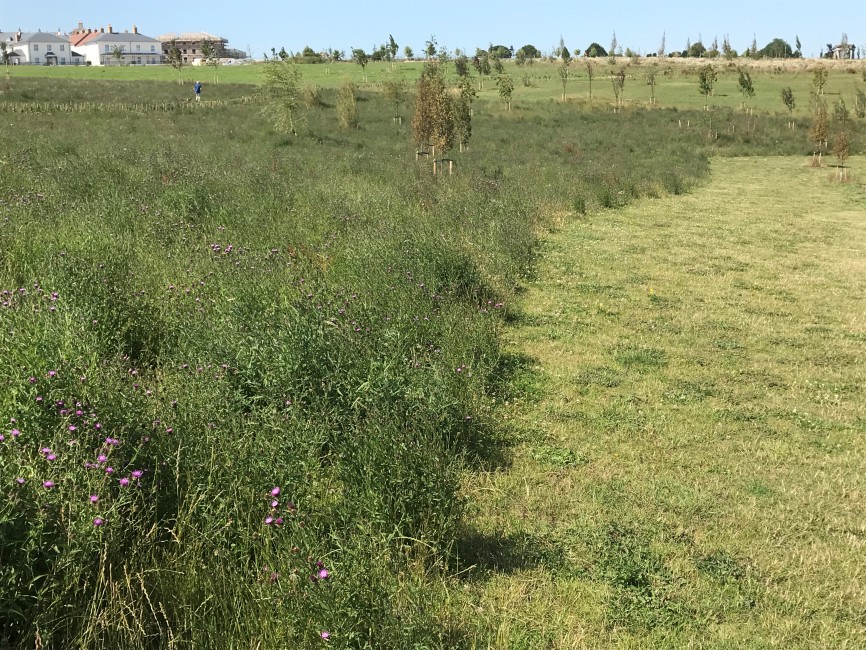 The Great Field, at some 12 ha, is the largest area of green space in Poundbury and work began on it in 2014, with the building of sports pitches, outdoor gym equipment and a multi-use games area. One area which is developing especially well was sown around five years ago and is now a sea of Common Knapweed, with plentiful Ladies' and Hedge Bedstraw, Quaking Grass, Bird's-foot Trefoil and other meadow wildflowers.

During 2020, further significant work has been undertaken with the planting of over 400 trees and 26,000 shrubs and hedging plants. The charity People Need Nature has worked with the Duchy of Cornwall and local seed supplier, Heritage Seeds, to sow another wildflower meadow on the Great Field. Exceptionally wet conditions followed by unusually dry periods, led to compaction and waterlogging, resulting in a slow start for the meadow. Improving the ground conditions to assist establishment of the trees, shrubs and hedging was identified as particularly important. 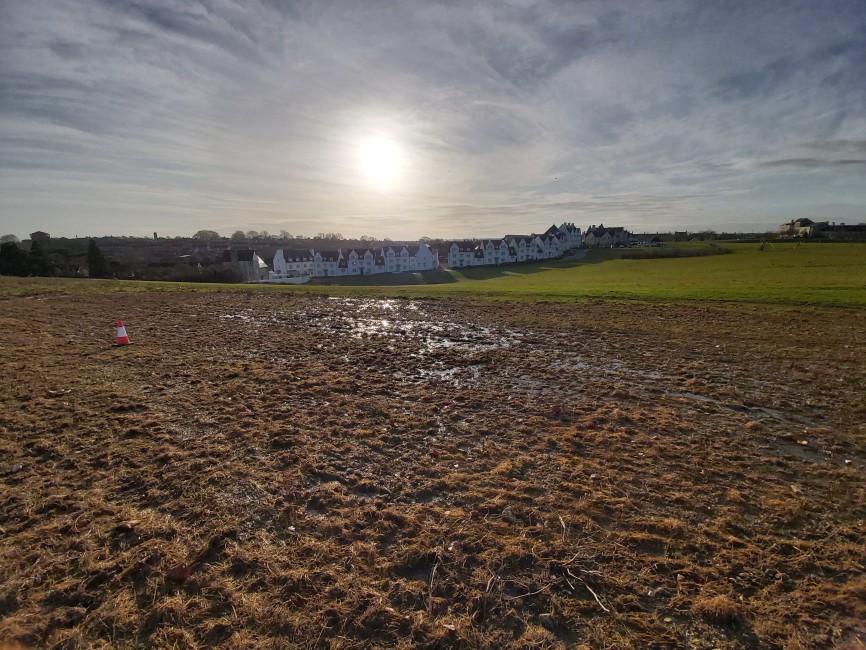 The services of specialists Terrain Aeration were called upon to relieve the compaction and panning on the top half of the field. They brought in their Terralift machines, which work on the principle of hammering a hollow probe one metre deep into the soil, using a JCB road breaker gun; the soil is compact at depth and requires the hammer to break through. At one metre depth, a hydraulic blast of compressed air is released at up to 20Bar (280psi). This fractures the soil, creating fissures. The process is repeated at two-metre intervals on a grid pattern with the fissures interlinking to create a system of aeration and drainage.

The Terralift is the only machine which uses such high pressure to enable the process to work. On the tail end of the blast, dried seaweed is injected and this sticks to the walls of the fissures, expanding and contracting with the moisture content in the soil. The probe holes are backfilled with aggregate to maintain the aeration process.

The new Great Field meadow sown with wildflower seed collected from existing meadows in Purbeck, should be flourishing within the next two years. The local sourcing helping to protect local populations of native wildflowers. As part of the usable green space area for the local community, the meadow will be cut in July, with the low-growing flowers, such as Red Clover and Bird's-foot Trefoil, continuing to flower and provide nectar and pollen for insects.