Recent renovation work at Great Yarmouth racecourse aims to return the Norfolk track to its role as the nursery for stars of the future. Jane Carley reports 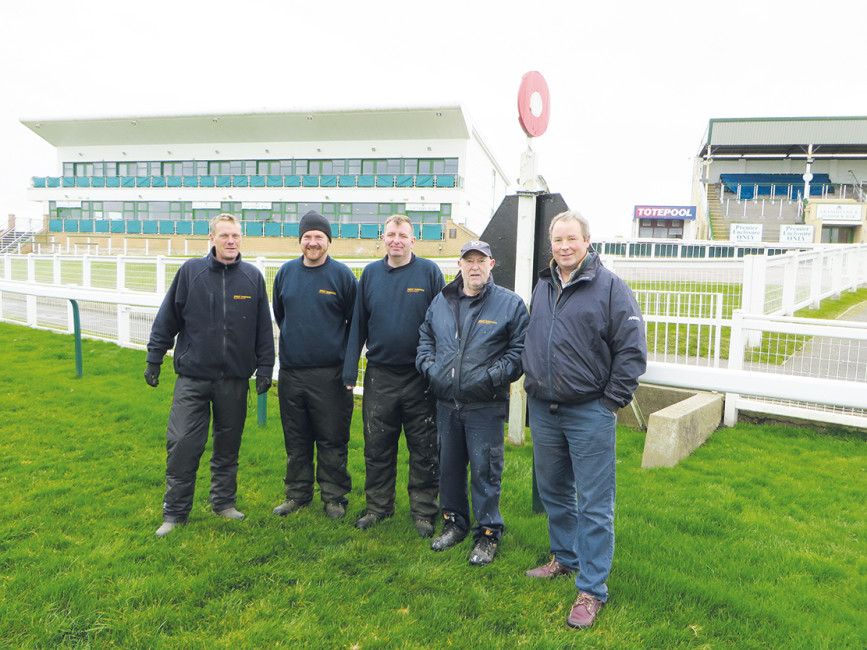 Track improvements at Great Yarmouth have been given the thumbs-up by trainers and jockeys and are starting to attract increased numbers of runners back to the Norfolk course. It is a fitting reward for the small, dedicated grounds team and the backing offered by management company ARC after a challenging redevelopment.

The seaside track moved to its current site, a stone's throw from the bustling promenade, almost 100 years ago and gained a reputation as an ideal 'nursery' for flat racing's future stars. 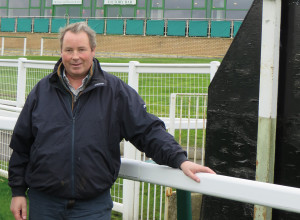 "Leading Newmarket trainers like to bring their two-year olds to Great Yarmouth for their maiden races," explains Clerk of the Course Richard Aldous. "We have a mile straight which is regarded as an honest galloping track that allows horses to get into their stride. It's a very fair track now - the best horse generally wins."

But, in recent years, the land on the straight mile had started to move and undulations appeared on the racing surface.

"It could be unbalancing for inexperienced horses and, by 2012, we were starting to get negative feedback, whilst runners also dropped off," explains Head Groundsman Richard Bradley, who has been at Yarmouth for twenty-two years, first as a greenkeeper for the adjacent golf course run by Great Yarmouth and Caister Golf Club and then as a groundsman, before being promoted to Head Groundsman.

In spring 2014, a survey of the course found that some of the undulations were two to four inches in depth.

"It doesn't sound much," says Richard Aldous, "until you consider that the horses are travelling at 35mph and that the going tends to be good to firm. We observed that the running line had also changed over the years as jockeys sought the best ground, moving from the stand rail to the middle of the track." On 20th September 2014, work began to strip the turf with a Combinator, before the topsoil was removed in 150m sections, the subsoil levelled and topsoil replaced and also levelled.

"We got to a furlong from the end towards the back of October 2014, then the heavens opened, and the track flooded," says Richard Aldous.

"It was a very difficult and frustrating time," recalls Richard Bradley. It was not until the beginning of March 2015 that the job was completed."

Getting the new sward to establish proved equally exasperating, as he explains: "In 44,000m2 of grass, there are always going to be areas that don't take as well. We were hand watering and doing anything we could to get the grass to grow in a few specific areas."

The coastal influence of the site doesn't help, with cold winds in spring, little rainfall in summer and wet, cold autumns.

"It's a micro climate and can be a difficult place to grow grass during the spring with the cold northerly winds," agrees Richard Aldous.

But it was crucial to get the best possible conditions before racing started again. "The demand to supply good going has increased considerably over the years - everyone has higher standards these days."

Richard Aldous comments that trainers understand that the new track will take time to become established. "They accept that the turf is not the same as on the older parts of the track because the soil structure takes time to settle down. Year on year, it will improve, plus we have the benefit of the latest seeds and fertilisers, so it should be better than ever." 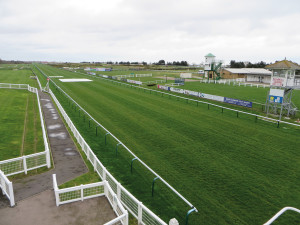 Investment in machinery to maintain the new ground is an essential strand of the support given by ARC, Richard Bradley points out. "We purchased a Verti-drain so that we can decompact whenever it is needed, rather than relying on contractors, and it proved vital in helping the turf establish."

Seed that had come up well started to struggle due to compaction, so Richard started an intensive programme of treatment, using the new Verti-Drain, an Earthquake linear decompactor and a slitter.

"It was a steep learning curve," admits Richard Aldous. "We still have to manage the new ground in a totally different way to the back straight. It needs more feeding, more water and takes up more time."

Fertiliser proved crucial to getting the new grass to thrive, first a granular application then a liquid mix, before returning to monthly applications of products varying from a standard 12:6:8 to controlled release formulations.

Great Yarmouth was back in action in August 2015. The main concern was whether the course was able to withstand the extremes that the elements could produce, and it was not to be. A significant amount of rain fell between races then, due to an incident where two horses slipped and jockeys were unseated because of standing water, the final day and a half of the September Festival was abandoned.

Time and the efforts of the grounds team eventually turned it around. "We were gradually able to extend the intervals between decompaction treatments to six weeks, although I will always treat localised areas as and when they are needed," comments Richard Bradley. 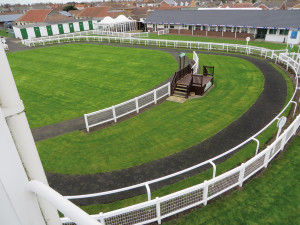 He has stepped down the fertiliser programme in 2016 to encourage the turf to acclimatise, although iron was applied mid-summer to boost colour.

"ARC supported us through this difficult time and we also continue to rely on our agronomist Mike Harbridge, who has been with us since before the project started," he adds.

Racing recommenced at Great Yarmouth on 8th June 2016 and Richard Aldous says that the track enjoyed a very good season - despite a blip when an irrigation pipe from the golf course burst under the track during the September Festival.

"The track was finally standing up to racing well. More experienced jockeys were trying different running lines, familiarising themselves with the new surface," he comments. "The development has been appreciated by trainers and jockeys who acknowledge that we were trying to do our best for horse welfare."

Ongoing work aims to further improve the racing surface - more water is put on the bends and they are cut down to 3in rather than the standard 4in to make the going easier and minimise the risk of slipping. Sand is also applied before racing. 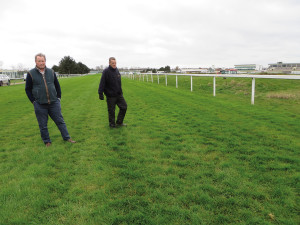 Irrigation is a constant occupation in the summer - for three or four months of the year, the team can be watering every twenty-four hours, applying 6-8mm.

"We have a lack of storage capacity and the pumps and ring main really need updating. It's on our radar," says Richard Bradley.

A new Briggs 25m boom can now water the full width of the back straight, rather than the part width covered by the old tow line system, and takes eighteen pulls to complete the track.

"We can start at 5.00am and still be watering at 10.00pm in the height of summer," he comments. "Watering right across the back has changed the running line slightly and made the surface more even. We also rail off for some meetings to save ground."

Wetting agents are used in the summer months to reduce the volumes of water needed on the free draining sandy loams.

"Water is held in the profile for longer after using the wetting agent, so we can go three or four days without watering if there is any rain."

The dry conditions don't offer the benefit of reducing mowing requirements, however, Richard Bradley points out. "We still have to mow three times a week in the season." 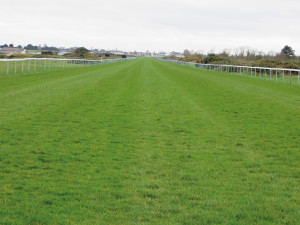 He has recently swapped from a tractor mounted Votex and blower to a Toro ride-on batwing mower and explains: "We wanted to minimise the weight on the course and have found that, rather than taking more time to cut the track, the Toro is actually a bit quicker. It also releases a tractor for other jobs, including pulling the new 25m Briggs boom that would not have been possible if it had to also be a mowing tractor."

He adds that he is always keen to try new innovations in machinery and materials, and is fortunate that the salesman for local dealer Ernest Doe is a former groundsman at Great Yarmouth, providing plenty of opportunity to try new kit.

"There's always a dilemma between sticking with what you know and trying out new ideas," reflects Richard Aldous. "We chose MM60 for the new turf, but wondered if we'd have been better sticking with the Barenbrug mixture that we know works well. However, we're still looking at options - some of the new Tetraploid ryegrasses could work well here in the future."

Whilst there is still a visual difference between the sward on the back straight and the new mile straight, meadow grass persists from the previous sward alongside the fresh ryegrass as the surface couldn't be sprayed off after the Combinator due to the adjacent golf course.

Although it is operated independently by the Great Yarmouth and Caister Golf Club, cooperation with the private members' golf course is required. The back straight forms part of the fairway, although the mile straight has now been declared 'ground under repair'. 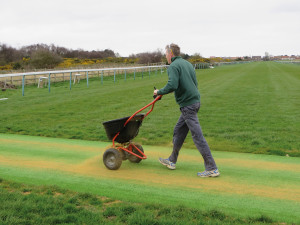 Two track crossings have to withstand constant traffic to and from the golf club, as well as to the centre course caravan park, so are surfaced with synthetic turf rather than fibresand to prevent mud building up.

Richard Bradley is supported by groundsmen Trevor Clark and Jamie Marks, plus maintenance specialist Tony Carter and a seasonal casual. A stable manager is retained for racedays, for whom the grounds team shift bedding materials etc.

"It's a small team that works well together and gets the job done to a high standard," comments Richard Aldous.

"We have a long summer season and it can be tiring at its peak from May to August," adds Richard Bradley. "At that time, you think that a couple of extras would be handy, but you manage with what you have."

On the wish list for this season is a talented two year-old to break cover at Great Yarmouth and then go on to success at Royal Ascot or Newmarket's Champions Day. And it seems that the trend is going the right way.

"We would like full fields and competitive racing, and it is certainly looking up since the development," comments Richard Aldous. "Runners are increasing all the time and feedback is good, so we are looking forward to the season."