Wheatley Golf Club lies on the outskirts of Doncaster, South Yorkshire, sandwiched between the leisurely River Don and the busy M18. David Mears recently met the club's Course Manager Roger Stillwell to discover more about his greenkeeping heritage and the ongoing work being carried out at this fine parkland course. 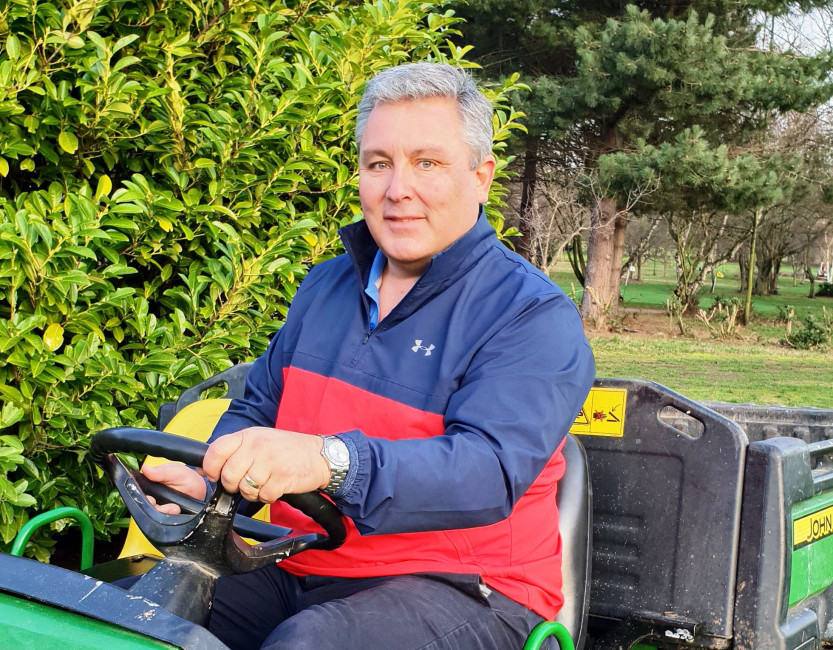 I arrived on a bitterly cold but sunny morning and received a warm welcome from Roger, who has been at Wheatley for eight years. We took advantage of the sun and cloudless sky to tour the course, chatting initially about the 'Born & Bred' label. Roger grew up in a golf environment and, throughout his life, has seen much of golf courses, not just in England, but Wales, Ireland, Germany and Spain.

He was born in Sussex where his father was a head greenkeeper. His grandfather also was a head greenkeeper; obviously, greenkeeping is in the family blood! So, when I asked "was there one person who inspired you?" there was only one answer: "My father!" He remembers when the family moved to Wales and his father was appointed Head Greenkeeper at Royal Porthcawl Golf Club: "I wanted to be involved, so dad found jobs for me to do and my interest really grew."

After a time, the family moved to Ireland when Roger's father became Head Greenkeeper at The Royal Dublin Golf Club. Roger maintained his now avid interest in greenkeeping and, following school when fifteen/sixteen, he started an apprenticeship at the club. After two years, his father became self-employed as a managing consultant, with Roger joining him, predominantly in a "hands on" capacity. This led to a contract in Germany and involved the German Open. Further work in Europe followed and Roger enjoyed working for the European Tour for seventeen years. 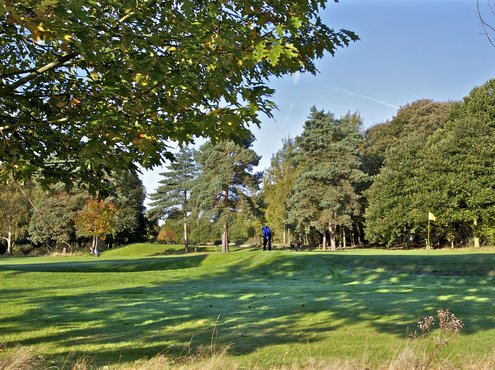 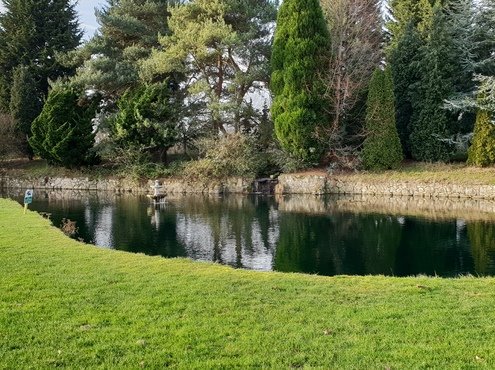 During this time, he studied for Scotvec with SRUC Elmwood, obtaining first in class for three years. Spain then beckoned with an offer of the Course Manger's position at the PGA Catalunya Resort in Girona. After a few years, Roger moved to Murcia as Course Manager and to be part of the new project at Roda Golf and Beach Resort. Five years on, the decision was made to return to the UK, following an offer of the Course Manager's position at Wheatley golf club.

Roger is in control of budgets and, following agreement with a supportive Greens Committee, has free rein to spend responsibly; he has no complaints.

The Club, Course and Staff

Wheatley Golf Club was designed by leading golf course architect George Duncan and came into existence in May 1914. Originally, it was located in the splendid 103 acre grounds of Wheatley Hall (built in 1680), at that time owned by Sir William Cooke, when he moved out and leased land and part of the hall to the golf club. However, as upkeep of the by now deteriorating building had become too much for the golfers, the decision was made to relocate the club to their current home on Armthorpe Road, just slightly to the north-east of Doncaster town centre, in 1933 where it has stood ever since. The hall and land were subsequently sold.

The fast running course, laid over sandy terrain is in two loops of nine which finish outside the clubhouse. It measures the considerable distance of 6398 yards from the tee on the first hole to the pin on the eighteenth, for which it offers a par of 71, a good indication of the challenges in store for you!

Laid out on luxurious parkland, predominantly heathland, it is fairly flat overall, but there are plenty of hazards to keep you on your toes. It has been said to be "One of Yorkshire's better courses, but often doesn't get the recognition it deserves"! 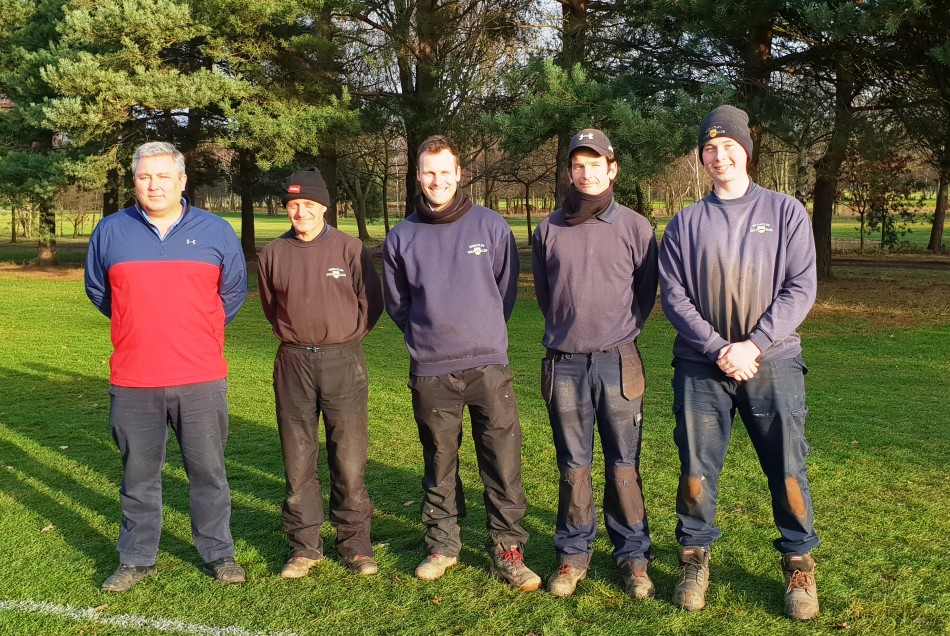 Roger, the longest serving member, is ably assisted by the following greenkeeping team:

Wheatley does not employ a workshop technician as Roger is competent in regular work, including cylinder grinding. Basic maintenance work is carried out in-house, i.e. oil and filter changes, etc. All machines are sent away for major maintenance and warranty work.

Roger describes the soil profile as sandy, gravelly loam. Greens and tees require plenty of aeration. The team started using an Ecosol aerator to drill and fill six of the greens last year with impressive results. The machine penetrates to 31cm into compacted layers and back fills instantly with soil amendment. The machine does not damage the turf surface, and allows you to put it back into play within an hour. The team will repeat the process on a further six greens this year! 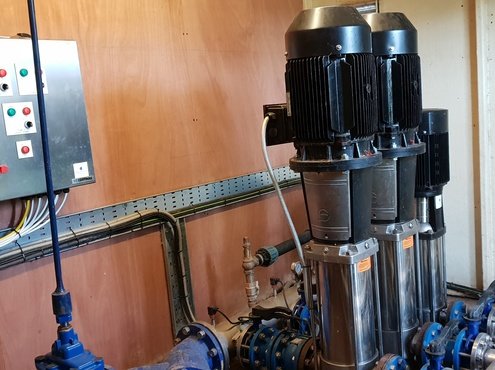 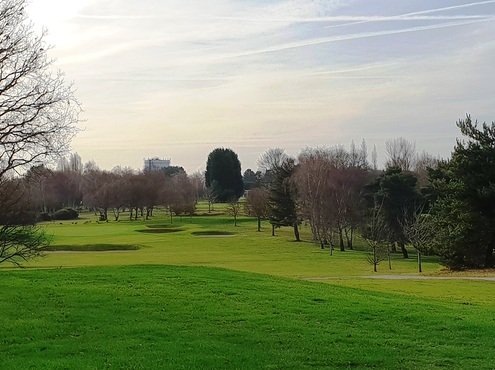 The Hunter irrigation system, installed within the last three years and housed inside a dedicated pump-house, is proving to be paying dividends. The system irrigates greens, tees, approaches and fairways; "Absolutely brilliant!" says Roger, "And I can control it from a mobile!"

The course, along with many others in this country, has experienced torrential rain in more recent years. Flooding has occurred but, fortunately, this clears usually within two hours when rain has ceased.

There used to be issues with airflow, but the team have remedied this with most areas cleared of bracken and other growth. There just remains one small section to tackle as soon as is practical (see before and after shots).

A small practice area is maintained by the greenkeeping team. No other facilities are provided for members other than the usual clubhouse ones ... but there is a bar!

All team members are able to carry out mowing and basic tasks but, as seen in the team list, each has his own skill set which enables more specialist work to be carried out by those with relevant skills and experience. Most work, including spraying and construction is carried out by the team with very little requiring outsourcing. Presentation ranks very high and all are committed to maintaining the high standard expected. Pride in what is achieved is clearly evident.

Ongoing yearly seasonal renovations will include:

Renovation Work On Two Bunkers On The 7th Green

Bunkers require ongoing renovations and this is a project I witnessed at first hand during my visit.

"All bunkers are susceptible to flooding through erosion and silt build-up" says Roger. "So, we carefully dig and find the original sand under the course to ascertain bunker depth. We then use bunker-lining turf (prevents stone lift), grassing the banks to reduce new sand pollution." I asked about other bunker methods/products recently introduced and Roger said that he had researched and seen one particular installation. He feels that for Wheatley, the method he's employed works well.

"Naturally, we have to work within budgetary constraints for renovations of course, but do not seem to be experiencing problems" says Roger.

We discussed changing weather patterns and what effect these had. Roger's comments were: "Changing weather patterns have had a dramatic effect; the seasons are definitely shifting. There has been more torrential rain, so there's more erosion and flooding; hence turfed bunker banks. Summers are now longer and warmer with harsh sun creating burn-off. Fortunately, some of this has been mitigated to an extent by the use of our new irrigation system - a good insurance policy! We take soil samples regularly to check what work is required."

"We hold regular monthly Greens Committee meetings and present a report. All members are kept up to date too, as we place the meeting news and other information on Intelligent Golf for them all to see." 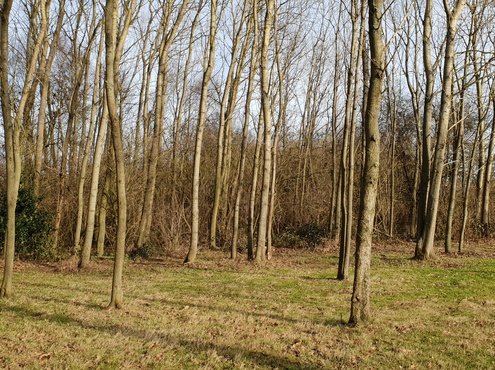 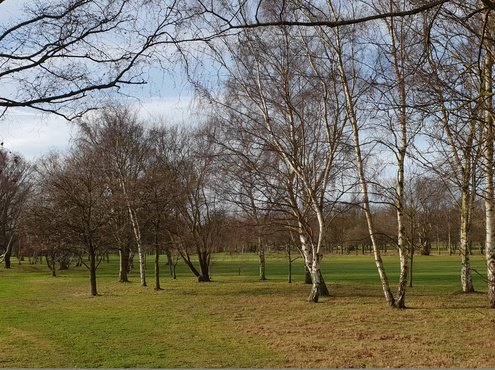 One matter that is of importance to the club is keeping abreast of and meeting the requirements of current legislation. Roger and his team are compliant and stay informed by a Health & Safety Officer employed by the club. "We have a water recycling wash system, have the latest PPE, recycle and/or dispose of waste correctly and ensure certificates necessary are up to date, e.g. spraying. All the team are trained in First Aid and we have a defibrillator in the club-house."

"All of the greenkeeping team have undertaken requisite training and this is ongoing. Two of the team are currently in training programmes at Askham Bryan College. Harry Hudson, now in his third year with us and an apprentice, is proving to us that the system is working!"

"We spot spray weeds to reduce chemical usage and use nematodes for eradication of Chafer grubs" says Roger. "The two predominant diseases would be anthracnose in late summer and fusarium autumn through winter. This winter has been worse than usual!"

"We do not suffer too much from animal nuisance. We like foxes; they help keep rabbits down. We rarely see geese, but on occasions we need to get the mole man in."

The greenkeeping team encourages wildlife, flowers and grasses. Foxes seem to be a help rather than a hindrance and birds of prey are regularly spotted. We spotted three in the time I was there. The team puts up bird boxes each year and there are beehives too behind the sheds. The team is fortunate to have assistance from a select few members who impart their specialist knowledge and offer practical help with strategic planting and other environmental initiatives.

Discussing the state of the industry, Roger raised two thoughts: He believes that the increasing demands being placed on greenkeepers generally appears to be causing raised stress issues. The other is that the help from certain fungicides and insecticides is being reduced with the withdrawal of certain products with no real alternatives available.

As with many in the industry, Roger is of the same opinion in that greenkeepers are undervalued!

BTME each January is where the team always visits, and perhaps one or two others. 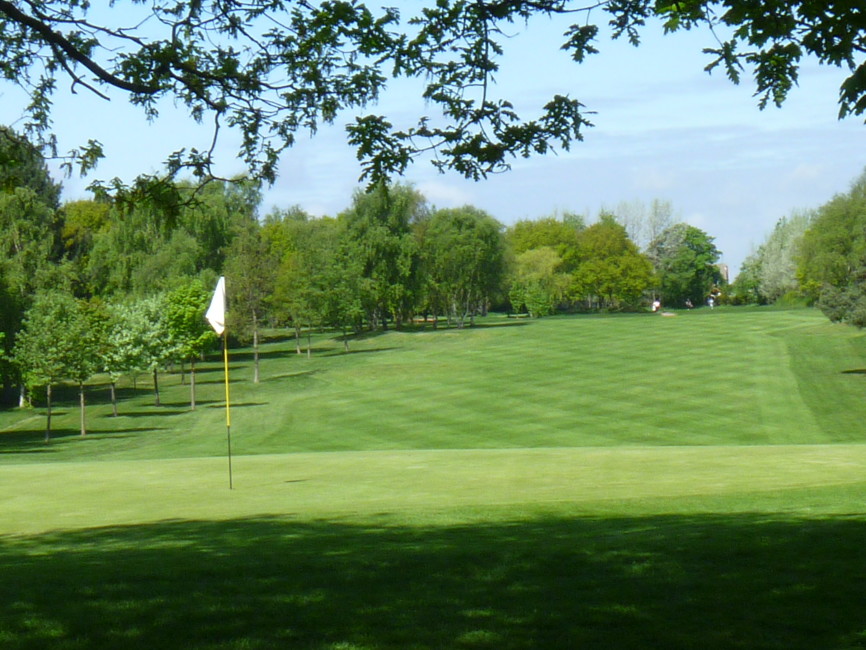 Full rake of bunkers, greenside by hand and fairway bunkers with machine twice per week. Checked on Wednesday, Saturday and Sunday for footprints

Cut bunker banks once per week

Verticut greens once per week

Brush fairways and approaches once per month

Divot tees once per week

Fertilise greens and tees with granules three times per year.

Fertilise with liquids when required between granule applications

Apply granular feed to all fairways and worn areas at the start of the season, then apply liquid feed with growth regulator to fairways through the growing season

Blow clippings as and when required to keep surfaces clean

Strim around trees, course furniture as and when required

John Deere 2500b dedicated to the vibro rollers

Amazone for non-maintained rough clearance during the winter

The machinery was on contract, but now this is purchased outright. The club buy small items locally, but all machinery through a main dealer. Whilst you'll see there is a mixture of Toro and John Deere machines, there is no loyalty to a single brand; as Roger says: "we choose the best kit for the job at the best price. One piece of kit that has significantly helped to improve our playing surfaces has been the Thatch-Away Verticutters and scarifiers; superb!"

Roger is looking forward to hiring a vert-drain for drill and fill to aid aeration in winter: "I'd say that a Hydro-Ject would be top of my wish list."