A GreenMech Arborist 130 woodchipper is proving to be a real workhorse for J H Tree Services. Conducting works for a variety of domestic and commercial customers, Owner Jason Hill knows he can rely on his compact, yet powerful, Arb 130 to handle projects both large and small. 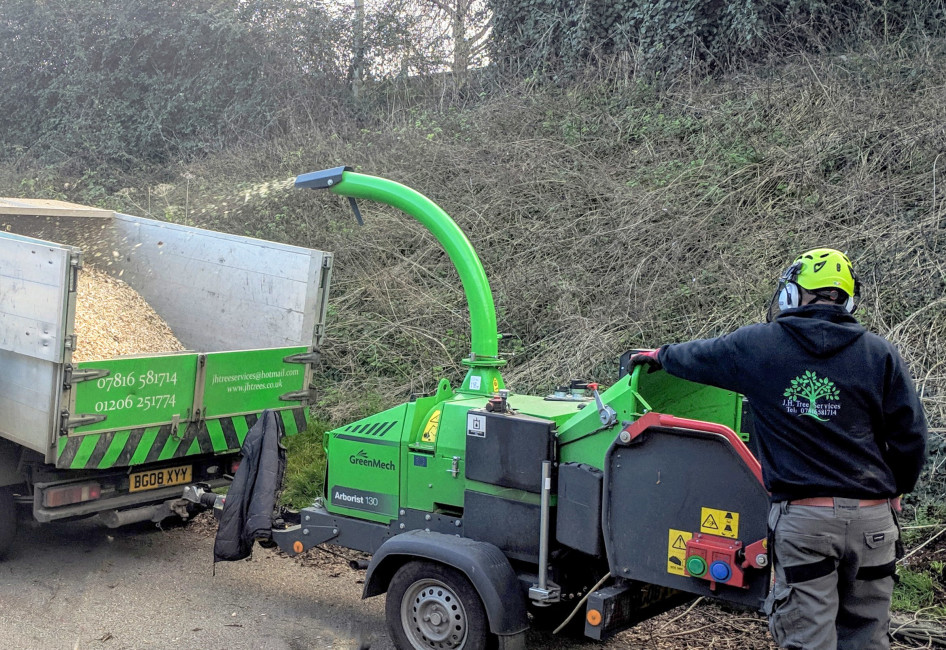 After three years in the industry using various brands of woodchipper, Jason went on to establish J H Tree Services in 2014. "I'd used lots of different makes but knew that when I started up on my own, I was yet to find something that ticked all of the boxes. After a few calls, my local dealer Bartram Mowers mentioned they had an ex-demonstration Arb 130 from GreenMech, so I went to have a look."

Immediately impressed with the build quality, and its extensive list of features, Jason then spoke to GreenMech's Julian Cullis who put his mind to rest on any performance doubts. "At sub 750kg and with a 23hp petrol engine I was unsure if it would be powerful enough to cope… how wrong was I?! Since we purchased our Arb 130 two years ago, it has not failed me once. A few months back, for example, we thought we were going to need to hire an 8" machine to process large quantities of brash and waste but we took the Arb 130 along to give it a try and it handled everything without a problem - that blew our minds!"

"It's beautifully user friendly, and quiet too, meaning that we can use it in domestic areas without causing too much disruption. The round disc-blades on the GreenMech machines are another revelation - offering so much extra life compared to conventional straight blades. Turning these frequently helps to reduce stress on the machine and keeps chipping performance sharp and true. The maintenance in general was something that impressed me from the off. Compared to competitor machines, all of the component parts on the GreenMech are easily accessible, reducing the time and money spent on routine upkeep."

So impressed with his chipper, Jason has even had his truck painted in 'GreenMech green' to match! He concludes, "Our Arb 130 has, and continues to be, a brilliant little machine. Put it this way, two years in and I'm yet to find anything I don't like!"