by Louise Challiss
in Machinery & Mechanics
on 06 May 2018

Wiltshire Countryside Services have become the latest company to purchase an Arb 150p from GreenMech. For Owner Adam Lonsdale, his decision was swayed not only by the build quality and back-up service available from GreenMech compared to the alternatives available in the current market, but also by the superior performance of this petrol version. 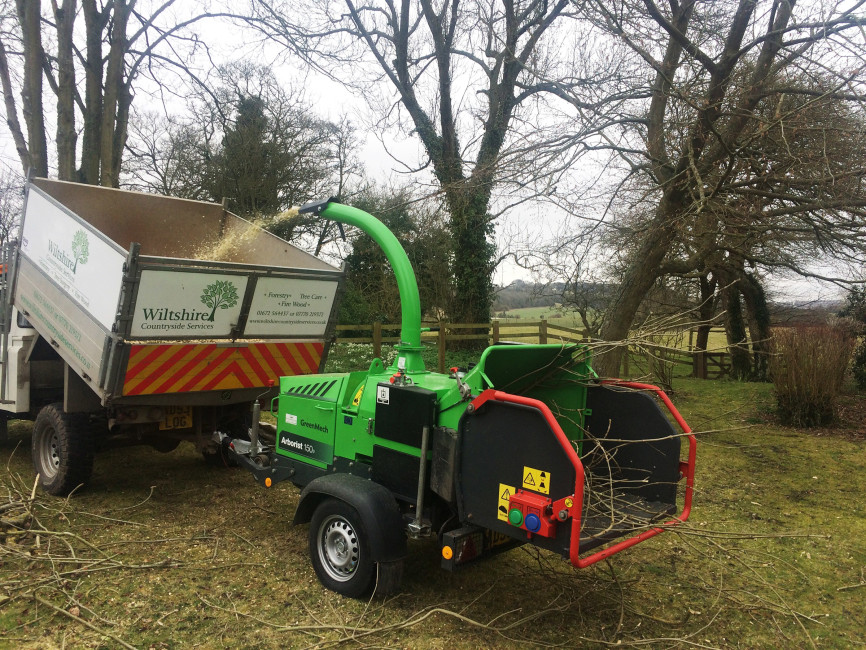 Founded in 2014, Wiltshire Countryside Services provide a variety of arboricultural and forestry services to domestic and commercial customers alike. "We were getting more and more problems with our previous chipper and ended up spending out more than what the machine was worth!" explains Adam. When his local dealer GA Groundcare took on the GreenMech franchise last year, Adam went with his wish-list and was excited to see what was available. "I told Ashley at GA Groundcare what I wanted, and the budget, and was pleased to see that the GreenMech machines satisfied more of my needs and wants than other manufacturers could."

"We'd had a demo of both the diesel and petrol Arborist 130 machines, when Ashley mentioned that a 38hp petrol model was then about to launch. After seeing the Arborist 150p at the Arb Show I knew that was the one I wanted and bought it without even having a demo."

In addition to the significant cost saving over the diesel equivalent, Adam was particularly impressed with the output performance achieved whilst still keeping the unit under 750kg. "The sub 750kg weight means my colleague or anyone else can tow it without a special license. Also, because the majority of our work is domestic tree surgery, it can be towed by a Land Rover, quadbike or alternative right to the spot where it's required, leaving a minimal footprint on lawns and gardens."

The superior build quality was another box ticked for Adam. "Some chippers we've looked at have fibreglass bonnets - in this industry things get bumped and dropped and a fibreglass bonnet is asking for trouble. The GreenMech machines seem to consist of more strong, hardwearing metal components. It's easy to use, simple to maintain and all backed up with reliable back up support from GreenMech and their dealer network."