0 He can’t be Hoodwinked at Leicester Grammar School

Leicester Grammar School is an independent co-educated day school situated in Great Glen. Before its development in 2007, the school had no playing fields of its own and transported pupils to various sporting facilities by bus! It now boasts seventy-five acres of sports facilities and Head Groundsman, Michael Hood, is the man entrusted with the challenge of looking them. 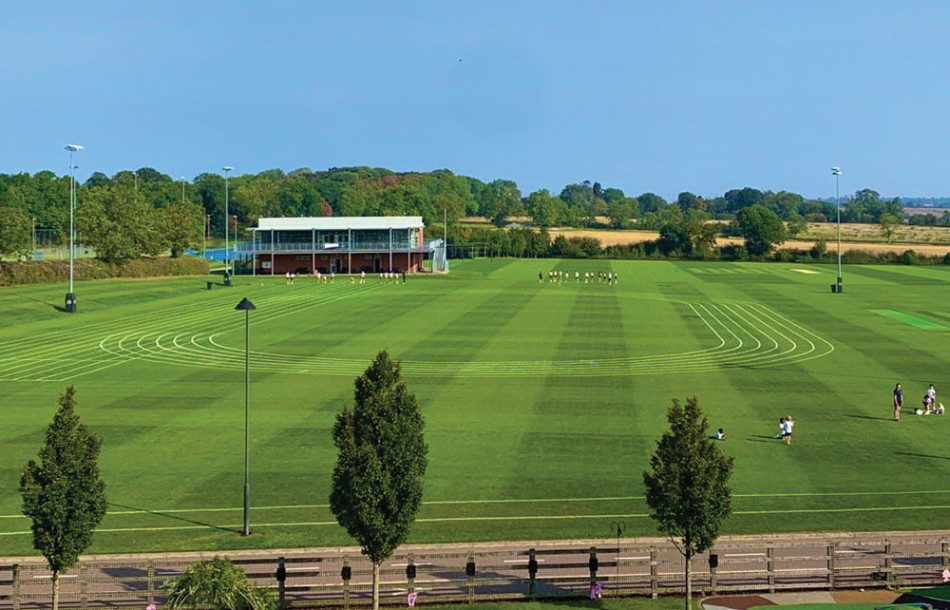 The soil profile of the grass surfaces was constructed out of what used to be clay-based farmers' fields which is not ideal and doesn't help with drainage. Michael commented: "Over the last eight or nine years, we have put on three hundred tonnes of Mansfield Sand per year in an attempt to bring the levels up. Still, in winter months, this place is underwater - especially last winter with the heavy and prolonged rain spells. So, we are currently working our way through all the pitches to install primary and secondary drainage."

Due to most of his staff on furlough, Michael has struggled over the last few months to carry out the regular maintenance regime, however with students slowly being phased back into school, he is hopeful to return to a degree of normal. "Usually, during summer months, we will cut the cricket outfields at 18mm with the John Deere 7700A fairway mower. In winter, for the start of the rugby season, we will gradually bring the height of cut up to 30mm. Aeration is carried out using our own Imants Shockwave, which we will use as much as we can on the outfields in different directions from September to December, depending on the weather. For the squares, we have a Toro ProCore 648. Every summer we will mark in the athletics track using the Fleet Beamrider, which helps make the job much easier. In rugby season, we will usually overmark the pitches once a week." 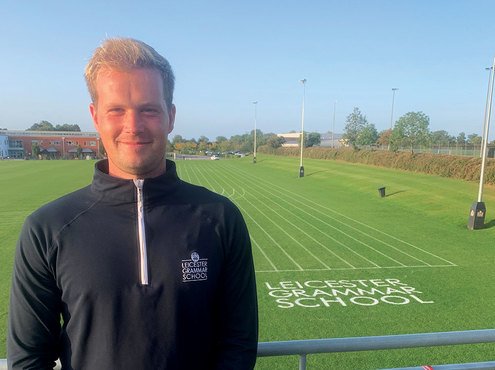 March is renovation month (taking advantage of the three-week school holidays). "First, we will scarify and collect the whole site with the Amazone Groundkeeper GHLT 135. Local contractor, Woodward Turf Care, then come in to verti-drain all surfaces, as deep as possible, before we apply three hundred tonnes of sand and then overseed with ICL ProSelect Premium Pitch - a perennial ryegrass mix - using a dimple seeder."

Michael tends to use a mixture of ICL slow-release granular fertilisers and liquids, when he can get out on the pitches. "In March, I will apply ICL's Sierrablen Plus then, every three weeks up until September, we will top it up using our 300-litre Team Sprayer with a mixture of ICL Sportsmaster Liquid Iron and a product called Liquid Onyx - an organic plant-based biostimulant. In November, I will apply another application of Sierrablen Plus, which will see us through the winter."

Having been in his current position for just over a year, Michael is still getting used to everything. "It is still early days and I think now is where you learn the most. You come into the job with a good idea of what is required and what it is going to be like, but I found out quickly that, no matter how much planning you do, it can go straight out the window … especially when something like coronavirus happens!"

Michael has a lot of experience to fall back on, after first getting involved in the industry at just fourteen years old, when he got himself a Saturday job cutting and marking out at his local grass tennis court. "My dad encouraged me to do it to get me out of the house and he showed me what to do - it didn't take long to prepare with it being a single court. When I left school, I was a member at Glen Gorse Golf Club (just up the road from here) and they took me on as an apprentice greenkeeper. I spent seven years there, where I gained my NVQ Levels 2 and 3 in Sports Turf, PA1, 2 and 6 spraying certificates and chainsaw certificate. It got to a point where there was no internal staff progression and I was still bottom of the pack, so I knew I needed to move in order to progress my career." 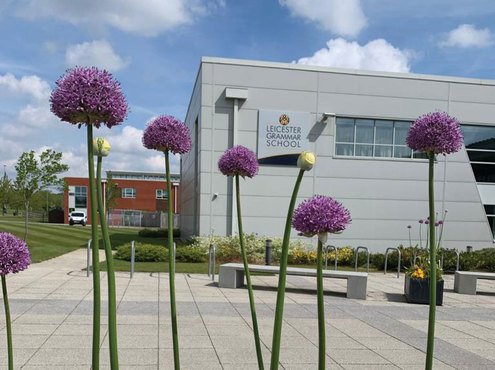 "Five years ago, I joined Oakham School as a groundsman, which was totally different from greenkeeping. It allowed me to learn about other sports such as cricket, football and hockey and work on different surfaces. It was a little bit further for me to travel, but the experience I gained in the two years there, was definitely worth it. I felt I needed a job closer to home so, after speaking to Ed (who was the head groundsman here at that time), he offered me a position as an Assistant Groundsman, which I accepted. Twelve months ago, when he left, I put myself forward for his job and I got it."

Helping Michael maintain the school's playing surfaces is Les Berry who has been here for twelve years and worked on the farm before the school was built. Michael says: "He is a fantastic servant to the school and always finds a way to get things done. Ciaran Kilduff (eleven years' service) - NVQ Level 2, PA1, PA2 and PA6, Chainsaw certificate - he has an extremely healthy perspective and there is nothing he can't do. Oliver Gilbert (six months) NVQ Level 3, PA1, PA2 and PA6, chainsaw certificate - I worked with Oliver for seven years at Glen Gorse Golf Club. He is a great addition to a strong team and a dream to work with. William Webb (eighteen months) - NVQ Level 2, PA1 and PA6. William has taken on the role of looking after cricket during the season and is doing an unbelievable job. And last, but my no means least, Jack Tarleton-Lord (two years) - NVQ Level 2, PA1 and PA6. Jack is ever present and is known to the team as the outfield master."

Maintenance on the site doesn't come without its problems and Michael has had issues with green algae build up on the water-based hockey pitch for the past three years, so he turned to John Mullins from Agrovista Amenity for advice. John explains "We found the Dosatron system (which is fitted on to the irrigation system) was being used to apply a chlorine-based product, but the algae was not being controlled. We set up a trial with Huwa San TR50 and started to apply it through the irrigation system and the algae was no longer an issue."

"Sometime after this, work was carried out on the watering system, but the Dosatron pump wasn't bled so, whilst it looked like the Huwa San was getting applied, it wasn't! After a visit from Nigel Bennet at Roam Technology and from the Dosing unit company, the system was reset and the algae is now under control again. The added advantage of Huwa San is they don't have the high cost of a regular mechanical deep clean."

The school lease a lot of their machinery, but their current agreement is coming to an end. "We are going to purchase the tractors at the end of the lease, as they last forever if they are looked after. Then, we will look at another five-year deal for the cutting machinery. Our current deal is with John Deere, but I will get Toro and Jacobsen to visit and demonstrate their machines to see how they all perform. To be honest, I am a confessed Toro fan, but everywhere I have worked has used John Deere. My wish list would include a Verti-Drain, as it is essential to get more air into the ground and keep the link between the surface and the drains, to help with the percolation rates. Also on the wish list would be a topdresser, so that we could apply the sand little and often - rather than all at once in March." Servicing of the machines is mostly carried out in-house as part of the winter project, except for grinding which is undertaken by a local firm. "We tend to buy in all the filters and oil etc. It is a pretty simple job to be honest."

Moving forward, Michael is hopeful the second-tier drainage work will commence this year as planned and they will be able to finish off the sand banding on the cricket squares, which was started last year. "The sand banding will be installed diagonally to the primary drainage that was put in. I also hope to get Jon Lawson in from Sports and Courts Line Marking Limited, to colour coat the tennis courts and rejuvenate the all-weather sand-based pitch."

Michael believes the sports turf industry has moved on in a big way since he first started his career - mainly with advances in technology, machinery and products available, but he's worried about the long-term effects of Covid on the industry. "For us, it has meant budgets have been reduced and some staff remain furloughed. I have had to retain some of the fertiliser in stock for later in the year and, basically, I have to stop spending in the short term. Hopefully, with pupils returning to school and things getting back to normal, this should improve."