by Neville Johnson
in Public Places, Parks & Gardens, and Golf
on 04 Feb 2021

One of those much-visited jewels in the crown of historic country properties is Hever Castle in a corner of west Kent. It is best known as the home of Anne Boleyn, whose marriage to Henry VIII was a fulcrum moment in our history. There is much more that brings thousands of visitors there year after year and Neville Johnson looks at why its gardens and golf courses add hugely to the estate's appeal. 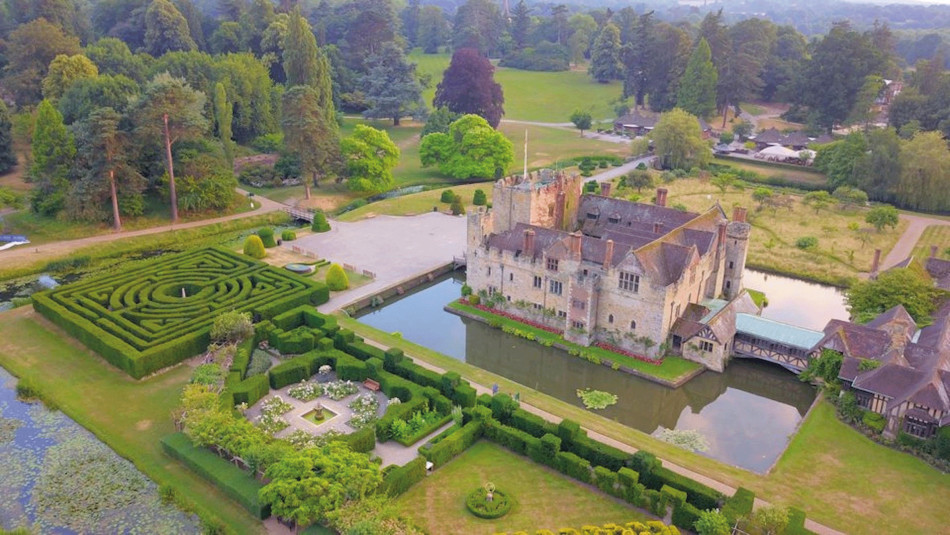 The small village of Hever is just thirty miles south of London. Its castle, first built in the late 13th century, boasts the oldest working original portcullis in England, but it has always really been a country house rather than a fortification. The Boleyn (aka Bullen) family owned it from 1462 until Henry VIII 'gave' it to his fourth wife Anne of Cleves as part of their divorce settlement in 1539. Just fourteen years earlier, Henry had first ridden down from Hampton Court to Hever to woo a young Anne Boleyn. The rest is history.

Over the centuries, possession of Hever Castle passed through several wealthy English families until, in 1903, it was bought by the American millionaire William Waldorf Astor, who restored it and gave it much of the magnificent wider appeal it has today. Since 1983, it has been in the hands of Broadlands Properties Limited, which runs it as an immensely popular tourist attraction. Its CV shows that, over nearly 600 years, there have been no fewer than thirty-seven owners from thirteen different families.

It was in the first years of the Astor family ownership, between 1904 and 1908, that the gardens that draw so many there now were laid out. It was a huge project, turning what was essentially marshland into a lasting variety of horticultural styles and delights. Previously, only a modest garden had existed around the Castle walls. 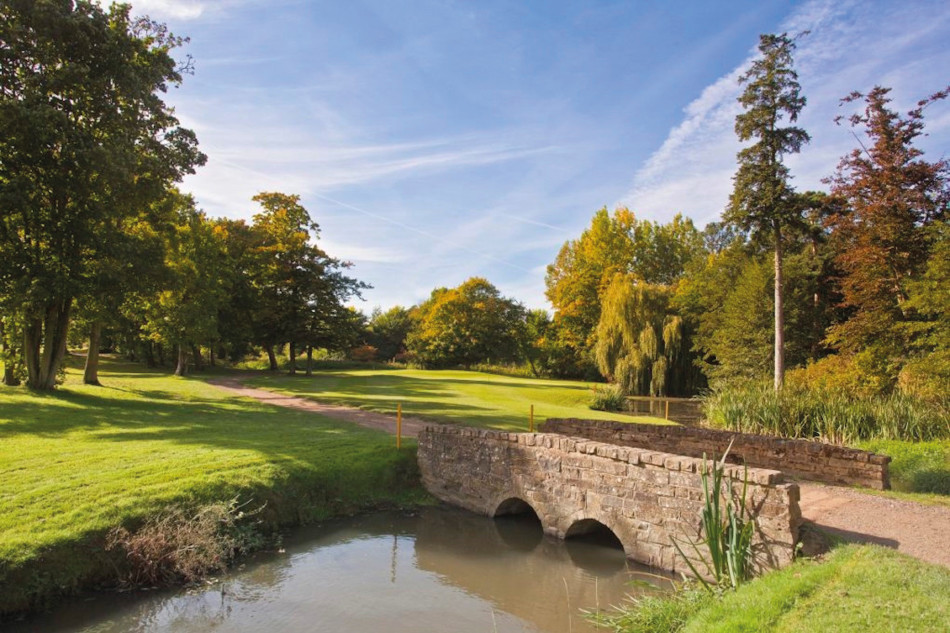 The work of the Astor garden project was labour-intensive on a grand scale. Over 1,000 men worked on the construction of 125 acres of natural and classical landscapes. It took 800 just to dig out the 38-acre lake, now such a feature of the Castle setting.

The planting of a challenging and visually impressive yew maze was another major feature of their work.

One of the most striking achievements was the creation of the Italian Garden, designed to show off Astor's collection of Italian sculptures. Other features that countless visitors enjoy include a Tudor garden with giant chess set in golden yew topiary, and a walled garden with over 4,000 rose bushes. Even in winter, it's a feast of lawns, eye-catching greenery and borders.

The gardens at Hever, and trees planted over a hundred years ago, are only now reaching full maturity, providing wonderful colour and interest around the calendar.

The man in charge of all of this is Head Gardener Neil Miller who, getting on for thirty years ago, switched from the world of insurance brokerage to professional gardening. He first ran his own horticultural business, then, by chance, in 2002 landed a job on the Hever gardening team. In 2006, he was appointed to the top post and leads a team of experienced professionals and trainees responsible for maintaining all of the gardens. 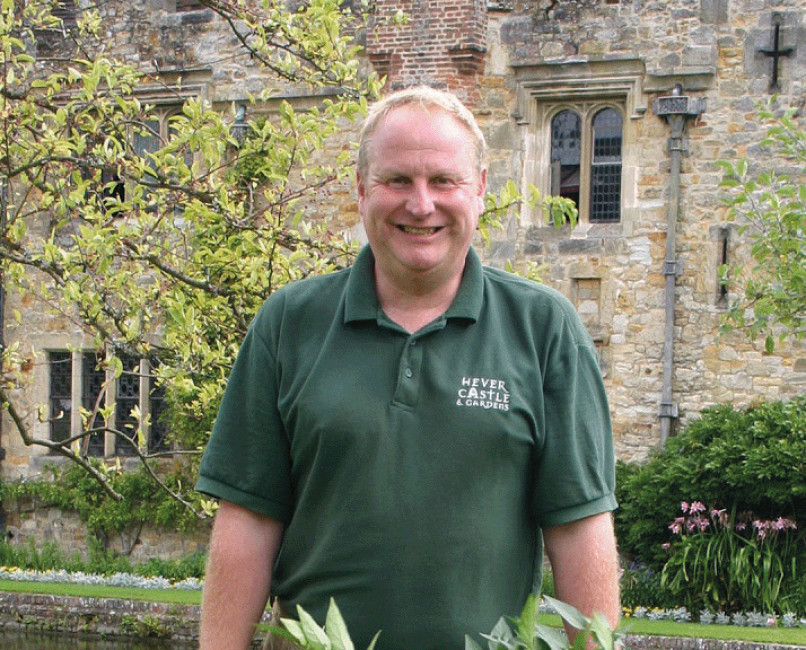 In November, Hever Castle and its gardens featured in the first episode of ITV's Paul O'Grady's Great British Escape, a 6-part series exploring the scenery and history of Kent. On camera in the Tudor garden, Neil Miller gave Paul a quick teach-in on topiary trimming.

When lockdown and Covid restrictions are behind us, Neil will no doubt resume conducting guided tours of the gardens. Meanwhile, continuing to be available to all visitors to Hever and online is Astor's Garden Legacy, an interactive exhibition, which traces the development and restoration of the gardens from Tudor times to the present day.

Moving away from the Castle and its immediate surrounds, the Hever estate has forged a notable place on the golfing map. 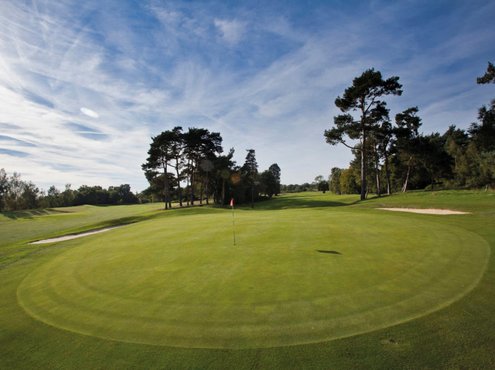 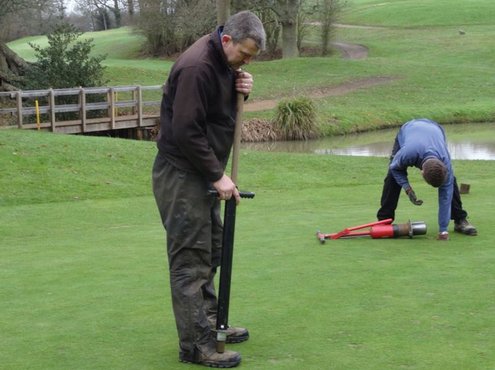 Waldorf Astor was a keen golfer and, in the 1920s, he had a private 9-hole course constructed for his own personal use. This survived until the Second World War, when it was abandoned.

Very much a part of the Hever estate and, like the Castle facilities under Broadlands' ownership, is Hever Golf Club, founded in 1992. Extending over 250 acres are twenty-seven parkland holes, many in sight of the historic castle and with views across the Weald of Kent.

For members and guest players, the club offers a variety of layouts to test all abilities.

The club's 18-hole, 7000-yard Championship Course, comprising the Kings and Queens nines, was constructed for its opening. In its short existence, it has developed a reputation as one of the toughest yet enjoyable parkland courses in Kent. It has hosted the county's Amateur Championship, Euro Pro Tour events, and the Kent PGA Championships. The course's 17th, a 644-yard par 5, is one of the longest holes in Britain.

The Hever Championship Course was followed in 1998 by the opening of the Princes 9-hole course, regarded as the best 9-holer in the South East. This 2784-yard course, when combined with the Kings nine of the Championship course forms what is called the Boleyn Course, an alternative 18-hole tester.

Added to all of this is the recently opened Express course, which lies within the Princes course and provides an elementary, yet both fun and challenging, 9-hole layout for all standards of golfer. 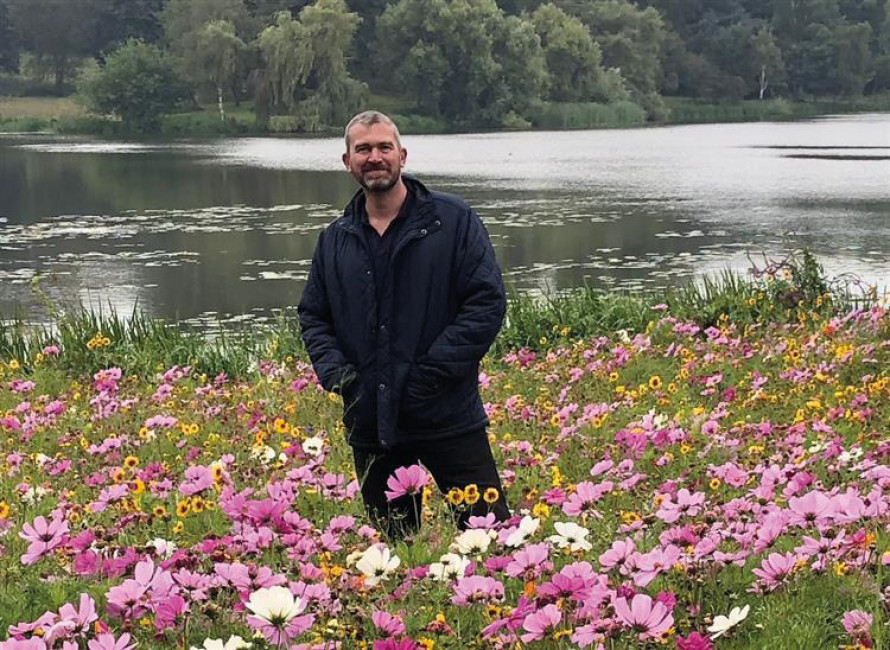 Looking after this delightful complexity of courses is Head Greenkeeper Rob Peers, who took up the reins back in 2017 after a spell as deputy and a number of years spent as part of the Hever greenkeeping team. He had switched professions, much like Head Gardener Neil Miller, moving into greenkeeping after training to be a quantity surveyor. His early turf care studies brought him a City and Guilds NVQ in Amenity Horticulture and Sports Turf Maintenance, followed by a BIGGA Diploma. He has since acquired a Lantra Certificate in tree surgery and he is also an AV1 Assessor, enabling him to teach and train others. He's very definitely at the top of his game.

Since taking over, Rob has done much to enhance the courses' surroundings environmentally. In particular, the grand scale introduction of meadow flower seed mixes has extended the appeal of colour beyond the Castle gardens to cover the whole of the Hever estate. Areas previously dominated by bramble and nettle were given a massive biodegradable uplift, giving changing colourful appearance through the seasons as well as attracting bees and butterflies.

There are nine wildflower meadow areas around the Hever courses and each one has an explanatory information board describing what can be seen. In all, over 5,000 square metres are wildflower seeded.

Rob extends his enthusiasm for biodiversity and environmental care to the upkeep of the club's greens. He firmly believes in stepping up aeration and using more sand rather than turning to chemical props. Judging by their uniform appearance, this approach works well. 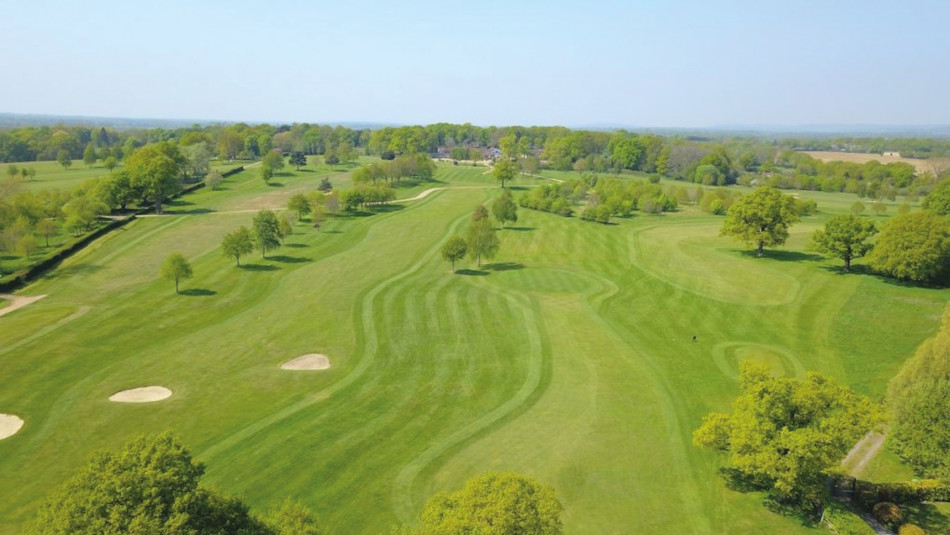 Rob and his 8-strong team of greenkeepers spend about eighty percent of their time maintaining the courses: the remainder on areas that border the courses, but are beyond the remit of Neil Miller's gardening team. The whole Hever estate effort is aimed at visual joy for visitors and, even in this most frustrating of years, this is spectacularly achieved. It is not surprising, therefore, that Hever Golf Club has the English Golf Environment Award under its belt, in recognition of its commitment to ecological good practice.

A pro-active investment policy for sustainable strategies to help the environment include having a bio-mass heating system for the clubhouse and a natural reed-bed filtration and cleansing waste water treatment system. Other recent improvements are the creation of an off-line irrigation storage pond to harvest winter water, which helps demand in times of need and at the same time provide additional wildlife habitat.

The club's course signage has also been refreshed with each hole renamed to reflect historical links to the Castle.

Like all golf clubs, it has been a stop-start year at Hever. Its courses were reopened to members and guests in mid-May, but the second spell of lockdown stretching into December frustratingly curtailed a summer and part autumn of play. Furloughing had again trimmed Rob's team to a skeleton crew to keep the lid on maintenance.

In his time as Head Greenkeeper, Rob keeps club members updated with course maintenance information by means of regular blogs and videos, even to the extent of aerial footage by drone. This is a channel of communication that has been especially valued during this year of uncertainty. 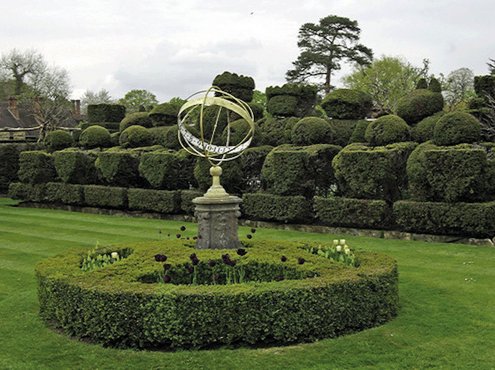 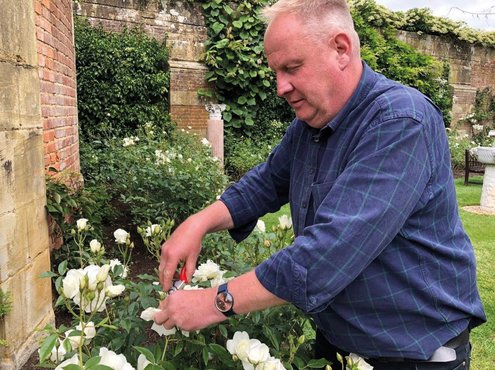 The club is pretty much self-sufficient in terms of machinery. Earlier this autumn, Rob 'took' members into his equipment shed by video to tell them how he would be going about the refurbishment and reseeding of two of the fairways. He explained that the club's Vertidrain 7456 would be going down a couple of inches, with 18mm tines, to break up the surface sufficiently for seed application and root development, and its Speedseed 1200 would be applying the thirty or so bags of Barenbrug seed in waiting.

During the weeks of no play last spring, Rob and his much reduced crew adopted what he called a 'robust plan' to keep on top of things and protect the grass plants everywhere by regular irrigation and a slightly higher cut mowing regime. At the time, Rob described the courses as 'not perhaps in top technical condition, but absolutely healthy and in readiness to return to playing conditions in quick time.'

Rob describes the year as 'a crazy one, but not too bad all things considered.' His annual STRI audit in September showed a pretty much clean bill of health, which was pleasing given the unusually trying conditions in terms of weather and manpower.

As we go to press, Hever's beautiful gardens remain open to visitors from Wednesday to Sunday, but under strict Covid 19 restrictions, though the Castle itself is closed until the second lockdown is lifted. Play is not yet possible at Hever Golf Club, but it will be more than ready when the time comes.

Come rain, shine or pandemic this winter, both Neil and Rob will continue to see that this historic landscape continues to be a thing of beauty. 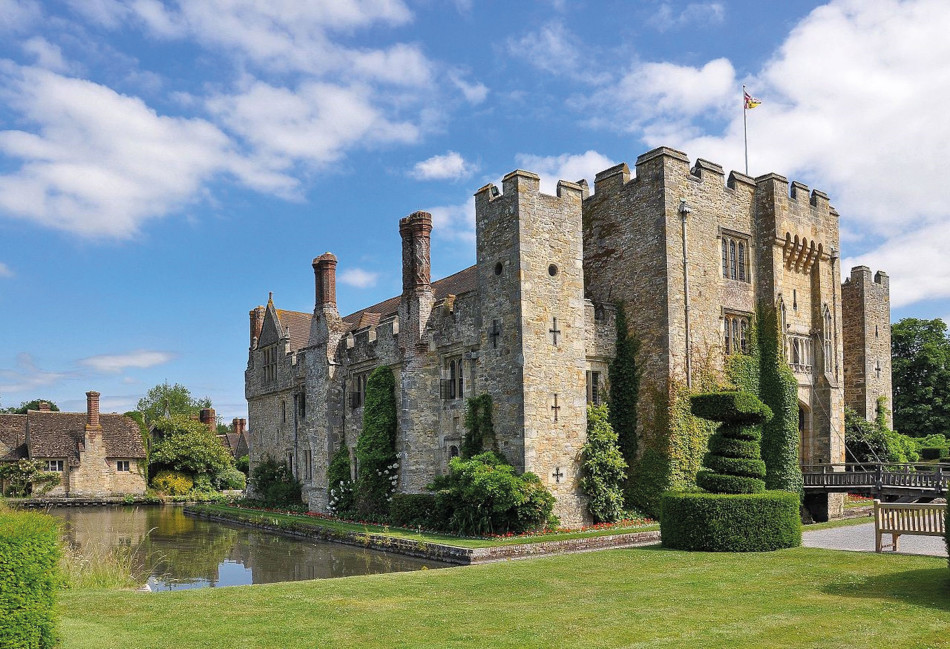