It's had a long innings and moved a few times over the years but Holywood Cricket Club sure excels in the sport. Chris McCullough speaks to main groundsman Philip McCormick who is following in his father's footsteps. 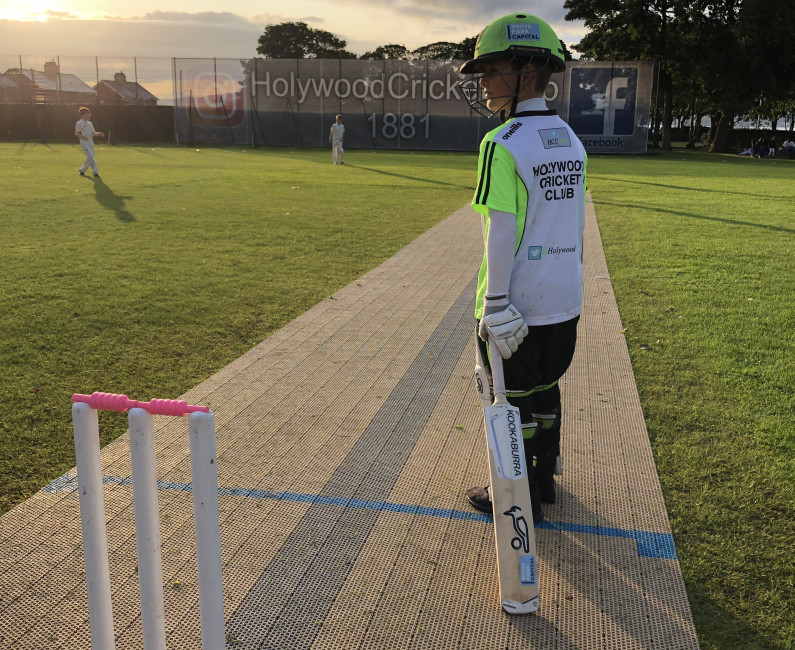 Don't let the name fool you as to which side of the Atlantic Ocean Holywood Cricket Club lies on, as this historic venue really highlights excellent sporting achievements in Northern Ireland.

Dating back to 1881, when the club was founded, the first games were played at its original base at Kinnegar, but that was a short-lived relationship.

Four years later, a bad storm blew the pavilion away so the club was forced to find a new home on the nearby Belfast Road, where it stayed until 1996.

This move signalled the start of a few more relocations for Holywood Cricket Club before it found its forever home, so to speak, at Seapark in Holywood.

That complicated journey was made even more difficult in 1997 when the club experienced difficulties as a result of St Paul's Gaelic Athletic Club setting up on an adjacent pitch, which was being used by the cricket club as its outfield. For the 1997 season, the club moved to Sullivan Upper School thanks to the generosity of the school and its then headmaster John Young. This arrangement lasted eight seasons until the club moved to their current home at the Seapark Oval, to give the site its proper title.

Catering for both male and female cricket, Holywood Cricket Club also incorporates its own cricket academy for all those budding young batsmen and batswomen out there.

The male teams are known as The Black Knights, the junior and youth teams as the Green Dragons, and the women's teams as the Aces and Bandits. 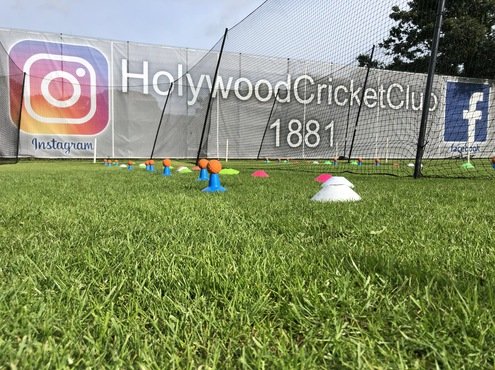 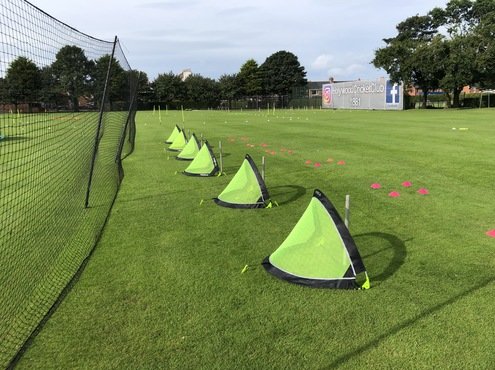 The club has produced many great players over its history and some of those who have excelled are Bill Pollock, Brian Shannon, Ernie Shannon, Con McCall, Stewart McCormick, and Kevin Hinds.

International wicketkeepers that learned the game at Holywood are Paul Moore and Gary Wilson. On the administration side, the club has produced NCU presidents such as RM Erskine and Dawson Moreland. Cecil Cave was president of what is now Cricket Ireland in 1976.

The Graham Cup, which is the Premier U15 competition on the NCU, is also linked to Holywood Cricket Club. The cup was donated by Mr H Graham, and his son Harry was a member of the Holywood team that won the trophy in its first year.

More recently, in 2018, the club created an extensive schools coaching programme that provides an introduction to the game for many primary and secondary schools in North Down and East Belfast.

The club has a large junior section for both boys and girls, over 300 children in 2019, aged from three years old, and fields two under nine teams; four under eleven hardball teams, including one all-girls team, plus many more.

Also, in 2019, Holywood introduced Mini Bouncers for kids aged three to seven to provide them with their first contact with the sport of cricket and the fundamentals of movement.

There is also a summer scheme, normally run in July and August, and a summer cricket camp held also during the school holidays.

The man in charge

With such a demanding schedule, the grounds at Holywood must look their best at all times and that task is the responsibility of Philip McCormick, who also looks after nearby government playing fields on the Stormont Estate.

Philip said: "I have worked as the main groundsman for Holywood Cricket Club for the past twenty-five years. It was really my dad who introduced me to this industry in the beginning. He was involved in part time groundsman work at Cregagh and North Down Cricket Club."

"As an eighteen year old, I took on my first full time job at the Northern Ireland Civil Service Sports Association at Stormont and I am still there some twenty-four years later," he said.

To keep up to date on the latest skills, Philip attended Greenmount College at Antrim in 2000 and completed the NVQ Level 2 in amenity horticulture.

"However, it only took me another seventeen years to go back and complete the Level 3!" laughed Philip. "My inspiration in wanting to work in the groundcare industry would undoubtedly be my dad William, who also works at Holywood Cricket Club."

"He still says he taught me everything I know. Others that influenced me were Tommy Hamilton, who was my boss during the first twelve years at Stormont. Also, Karl McDermott at Lord's is someone I admire as he made the move from Dublin and is now working at the pinnacle of cricket groundsmanship," he said. 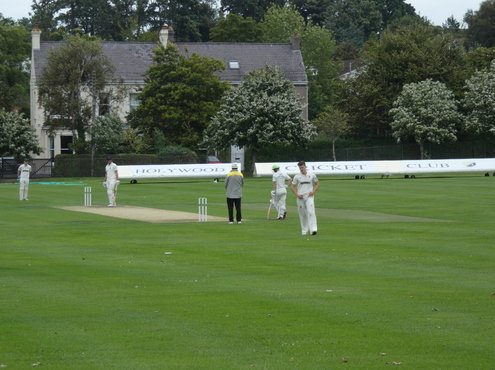 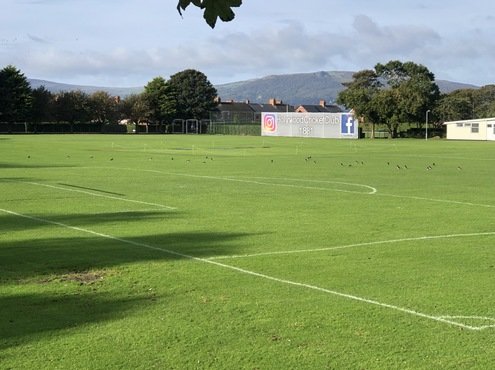 Holywood Cricket club is run under a subscription based system which does put pressure on the budgets, as Phillip alluded to when saying "every bag of fertiliser needs to go a long way."

Talking about pitches, the soil profile on the wickets at the club was constructed using a low clay content loam, but the team have been using Surrey Loam's GOSTD 125 loam over the last ten years. The outfield is high sand content, being only 50m from the shoreline, and drains very well, according to Philip.

He said: "We have seven wickets on the square, six are used for matches and one used in quarters to provide four grass practice strips. Each are used for two or three senior sessions, and then rotated. We have a set of four mobile covers and two flat sheets each measuring 80ft x 20ft, should the weather turn bad and we need them."

The ground extends to 2.5 hectares and is also home to one football pitch, a bowling green and four hard surface tennis courts, as well as the cricket fields.

The cricket pitches are used by the club at all levels and pupils from Sullivan School play some games there. The football pitch is located on the outfield and is used by Holywood FC.

Philip added: "On the other side, we would play kids cricket on the outfield during the summer. There is one artificial wicket used for practice and kids cricket." 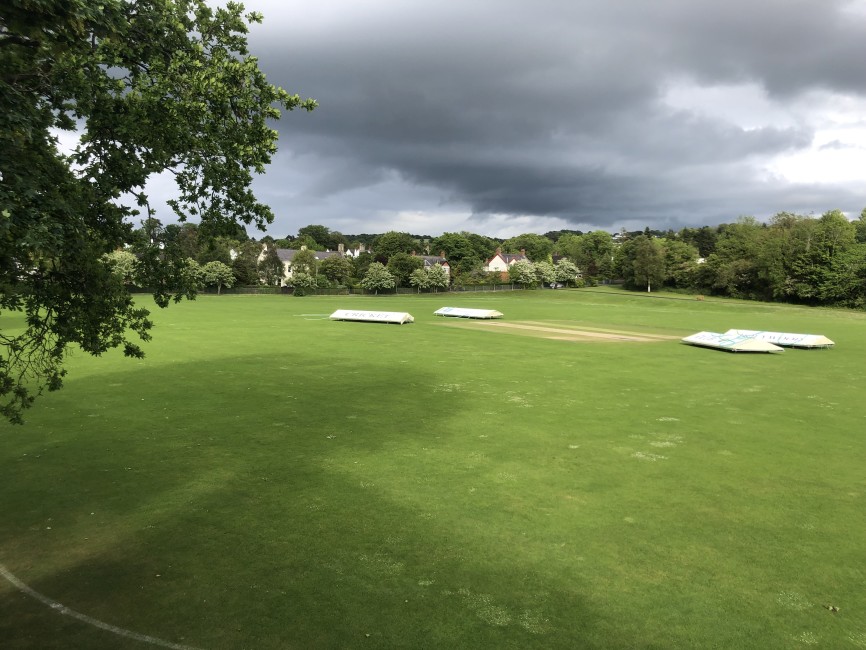 Philip is certainly a busy man when the main sporting seasons roll out but, as every groundsman knows, good preparation is the key to having the best grounds possible.

"Our work at the cricket club starts in late March with pre-season rolling using our Stothert & Pitt 32RD," said Phillip. "Then, usually around Easter, we hire in a 2.5 tonne roller from a local hire company for a few days. The square is marked out at this time and wickets selected for first games."

"Grass cutting usually begins on the square before the first roll and continues as needed. Usually, there isn't much growth until mid-April as being so far up north it takes a bit longer for the soil temperatures to pick up."

"One cut a week at 13mm does it until the end of April, and then twice weekly cuts continue for the rest of the season," he said.

"Wicket preparation starts two weeks before the first match with a light scarification if the sward needs thinning out, otherwise a brush with the Sisis MK5 is carried out just to lift the grass before cutting at 9mm."

"Then we continue to roll, covering and drying until match day with the cut height being lowered to six to seven millimetres two days before the game."

"Marking out is usually done two days before the game, but plenty of times it's been left to an hour before start time!"

"We use our wickets for a maximum of two weekends in a row, depending on weather conditions, and always have two wickets prepared at any one time." 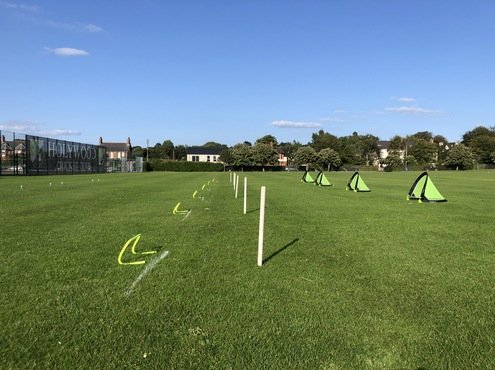 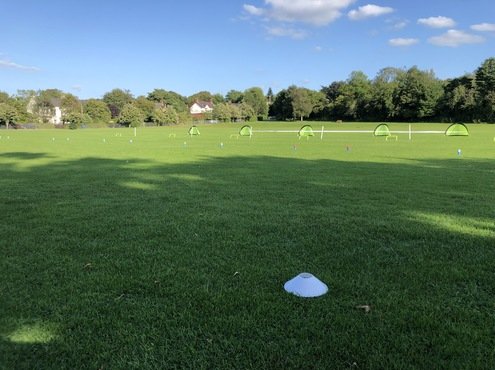 Some of the main issues at the cricket club for Philip are the coastal winds plus a lack of a water source at the square.

"Our biggest issue is watering as we have no water point at the square," explains Philip. "Instead, a garden hose is run from the pavilion out to the square and a B&Q travelling sprinkler does the job, albeit very slowly."

"We would then stick a sheet on to keep the moisture in. Fortunately, it's a rare event getting the hose out as global warming means global wetting in Northern Ireland!"

After a wicket is used, a light fertilisation using a 16:16:16 mix is used as it is "cheap and does the job." The ends are seeded using Proseed 365 and seed spotter, or by Philip's handmade dimpler, and then levelled up with GOSTD 125 loam.

Philip said: "My dad is a great help. When I'm busy with international cricket at Stormont, he takes up most of the slack and prepares the wickets at Holywood and only really leaves the marking and cutting the square to me."

"Presentation of an international cricket square is a top priority and it's no different for my club ground. End of season work starts with cutting the square down to 4mm and this usually means three passes and a lot of brown bins being filled." 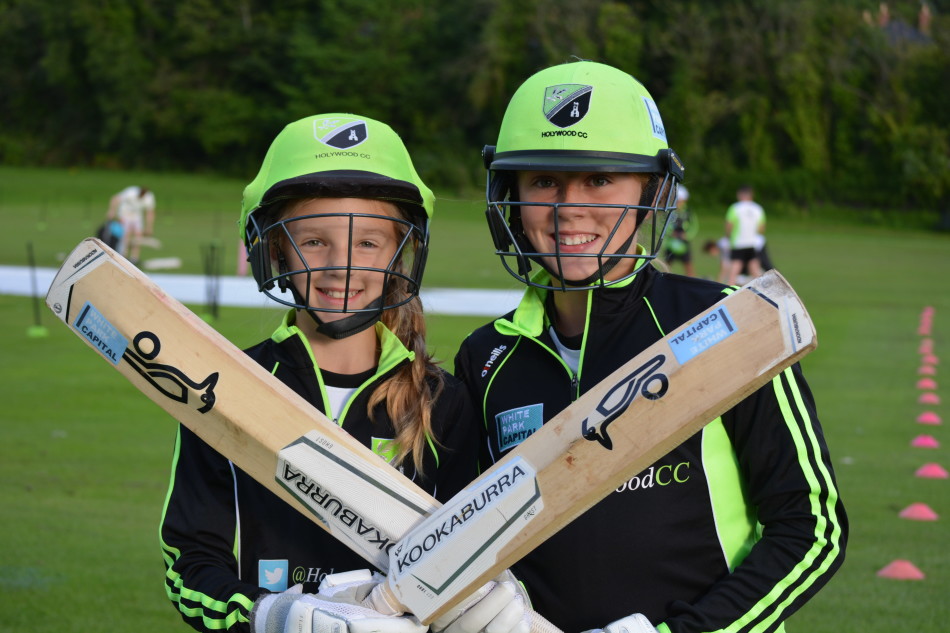 "A light scarification with the Sisis MK5 in two directions precedes the main passes by the Sisis SR600 set at a depth of around 5mm depending on hardness of the square. The thought of getting the hose out to water the whole square scares me!"

"Three bags of Proseed 365 are applied and brushed into the grooves, and then fifty bags of GOSTD 125 are added using a Sisis Truspread over the seven wickets and finally dragmatted in."

"The ends are then levelled before one bag of 16:16:16 fertiliser is applied. After that, all there is to do is rope off the square in an effort to keep the footballers off."

"Winter aeration starts six weeks later using the Groundsman 345HD and I aim to spike monthly and fertilise with one bag of 6:5:10 each time. The fertiliser and seed we use is dictated by budget and obviously I'd like to replicate what I use at Stormont, but the seed germinates, the grass grows and the wickets are good, so I can't really complain."

"Our weather patterns are definitely changing. There has only been one good summer in the last three. Wetter summers with extremely heavy downpours and warmer winters seem to be the norm now," said Philip.

The team at Holywood Cricket Club occasionally take soil cores to check root depth but have never checked what's in the clay. The long-term project at the club would be to have a specific practice area with astro and turf wickets for youth and senior cricket.

When it comes to investing in machinery at the club any purchase is, of course, dependent on budgets. 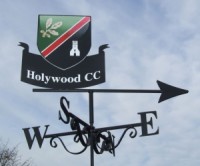 Philip said: "Three years ago we got a grant approved for the scarifier and aerator which we had to have to prepare the pitches and be able to do end of season renovations."

"We are currently in need of a roller which would be part of a grant or internal funding by holding fundraisers throughout the year. Both the scarifier and the aerator were bought through local dealers."

"Overall, we have the machinery we need to do the job. The equipment doesn't need to be brand new or replaced every few years as long as it is looked after regularly and given a basic sharpen and service every year," he concluded.