0 Home from home for Terrain Aeration

The Joseph Rowntree Foundation (JRF) is an independent social change organisation working to solve UK poverty. The founder, Joseph Rowntree, of the famous York sweet manufacturing family, was a visionary Quaker businessman and social reformer. The origins of the organisation's financial resources lie in a major donation of shares in the original Rowntree Company he gifted in 1904. In the same year, Joseph's son, Seebohm made available fields behind his Homestead House to children attending York Elementary Schools for outdoor activities. 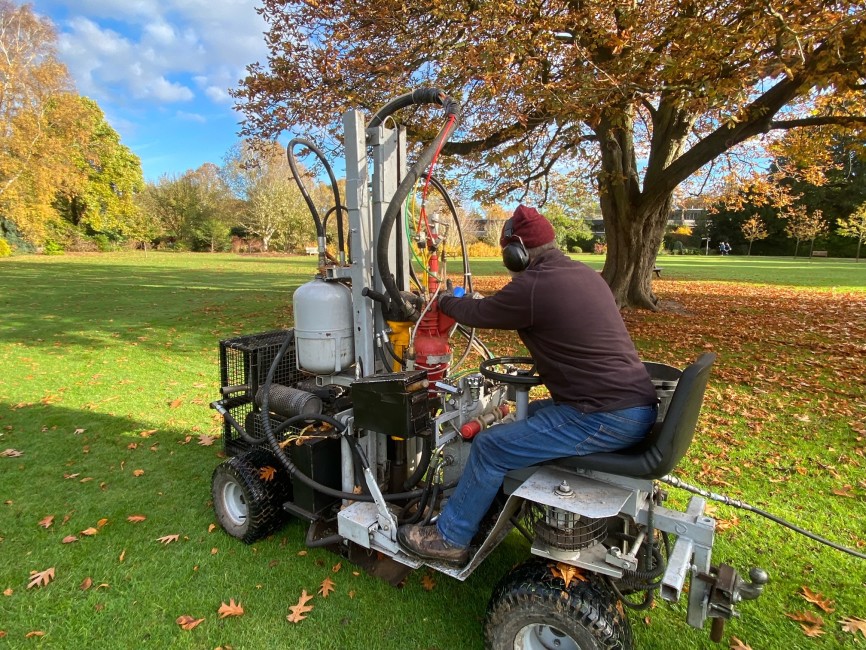 Today, at just under 15-acres, Homestead Park is a beautiful garden owned, managed and maintained by JRF for visitors to enjoy. There are various tree-trail walks around the park and the heavy footfall over time has led to severe compaction and waterlogging, causing the trees to suffer.

"The areas had never been aerated," says Senior Gardener Paul Sarginson, "and we were finding the semi-mature cherry trees, around a hundred of them, as well as the mature chestnut and mature oak trees were becoming distressed. Terrain Aeration were recommended to us for their deep aeration treatment and they came to us for two half-days in October to do the work."

Terrain Aeration's Tree Division, headed by David Churchyard, has been formed out of the company's work over twenty-five years of treating trees in all types of situation, from back gardens to large estates right through to Royal Parks. Trees may become stressed as a result of a number of factors such as nutrient shortages in the soil, surface compaction due to foot traffic and waterlogging where water drains off hard surface pathways. 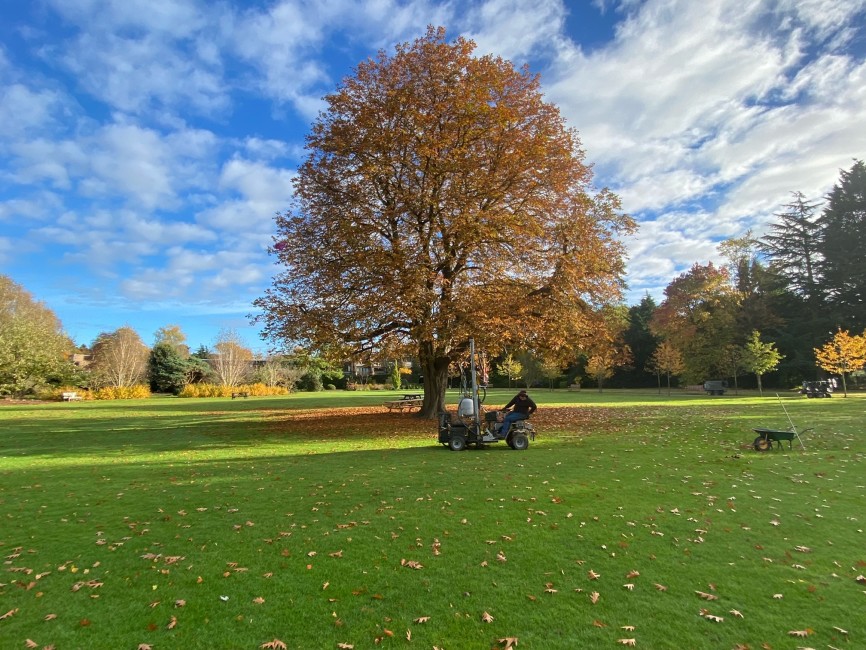 The Terrain Aeration Terralift machines comprise a probe which reaches one metre depth, deeper than the roots of trees (other than the major tap roots which grow straight down). Breaking up the soil around the roots, and beyond, means that excess water will drain away from the roots to help stop anaerobic conditions and rotting of the root system. The probe is then used to inject dried seaweed, which helps keep the fissures open and backfilling the probe holes with aggregate provides a semi permanent aeration/ventilation shaft. Terrain Aeration aerates around the roots using two-metre spacings - on most occasions one-metre inside and one-metre outside the canopy drip line, as this is where the growing roots lie.

Decompacting around the roots and injecting air into the soil increases the percentage of uptake of oxygen into the root system. Using the Terralift's ability to inject granular material via its seaweed carrier, forcing it upwards into the root zone of the trees, it is also possible to inject a tree feed mix containing slow release general nutrients and magnesium.

"Treatment of the main lawn areas this year was part of JRF's management plan," says Paul, "the Terrain Aeration lads who came were great and the plan from here is to have them back every year for a rolling programme of treatment."