There may be no games taking place in the Danske Bank Premiership right now, but a small band of individuals up and down the country are still having to prepare as if there are. 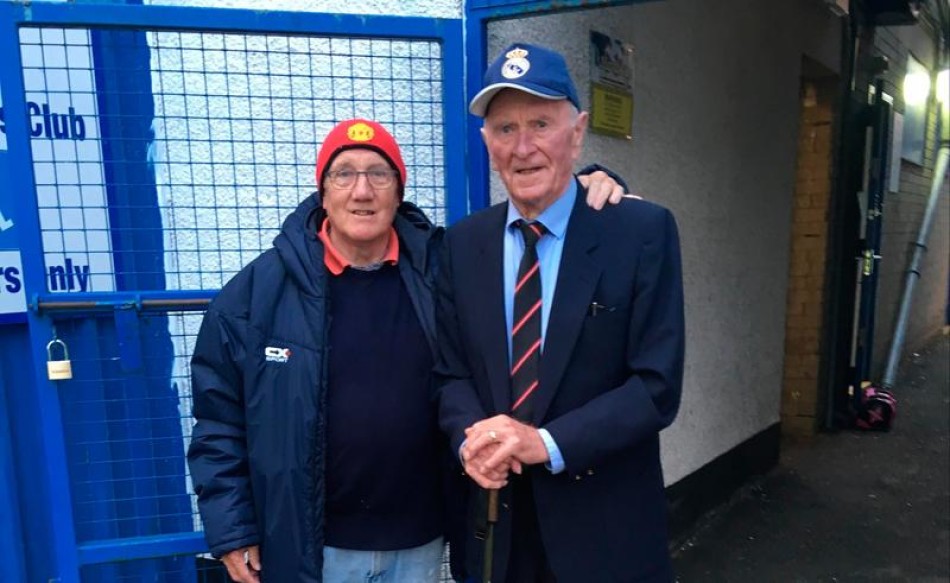 The day that football does return is still a long way down the line as the coronavirus continues to make its presence felt across the world, but pitches still need to be maintained in the meantime and it's down to groundsmen across the league to ensure that they're ready to go when sport gets the green light again.

Tommy Doherty, the groundsman at the Coleraine Showgrounds, said: "It's just about keeping it ready while we're waiting for a call from the Irish League to get back to playing again."

The general duties tend to be the same around most grounds right now, bar those clubs who have 4G pitches, in that the grass needs mowed and the white lines need repeatedly marked.

It's vital work done behind the scenes to little fanfare, and if it isn't done now then the Irish League wouldn't be able to return as soon as it will. Instead, every ground should be up to scratch when needed.

Glentoran groundsman William Kirkwood explained: "If Mick McDermott rang me right now and told me there's a match tomorrow then the pitch would be ready to go. It's not panic time. We do keep on top of things."

It's a thankless task, especially because no fans are even able to see the fruits of the groundsmen's labour at the moment, and it's frustrating as well. After all, the season could, theoretically, be cancelled at any point.

Dungannon Swifts groundsman Davy Magee said: "It's tough when you're cutting the grass and marking the pitch and there's no football at the weekend. It's all for nothing, you know?"

Doherty agreed, and added: "It keeps you busy, although you miss the football. There may not be any football for the rest of the year and all my work is for nothing, but you can't take that chance. They could step onto the pitch at any time."

In the meantime, Kirkwood and Magee are trying to get ahead of the curve by completing some of the work that they were hoping to do over the off-season.

Kirkwood's intentions are to spread 100 tonnes of sand on The Oval pitch and then re-seed the surface so that it's in pristine condition for the start of next season, plans which have been halted both by the lack of rain and the lockdown.

"I want to try and do it now, but most of my suppliers are closed. Most of the sand comes from Emerson's in Lurgan but they're closed up. Because it's heavy work, I usually bring in a contractor, but he's closed up too," he explained. "I'm preparing to do it myself, but hopefully at the start of May those guys might be able to work again."

Magee has already seeded his pitch but has run into similar problems.

"We seeded it three weeks ago and now it's just about waiting for the new stuff to come up," said the Swifts man. "We can't get sand or anything like that because everywhere is closed, and we need sand to fill holes. We can't get the machinery either."

But at the end of the day, for all the work they can do, what all three groundsmen are united on is that football can't return soon enough, and they'll see their pristinely prepared pitches back in use once more.