by Mark Laffan
in Multi-sports venues, Best of the Rest, and Rugby
on 01 Sep 2017 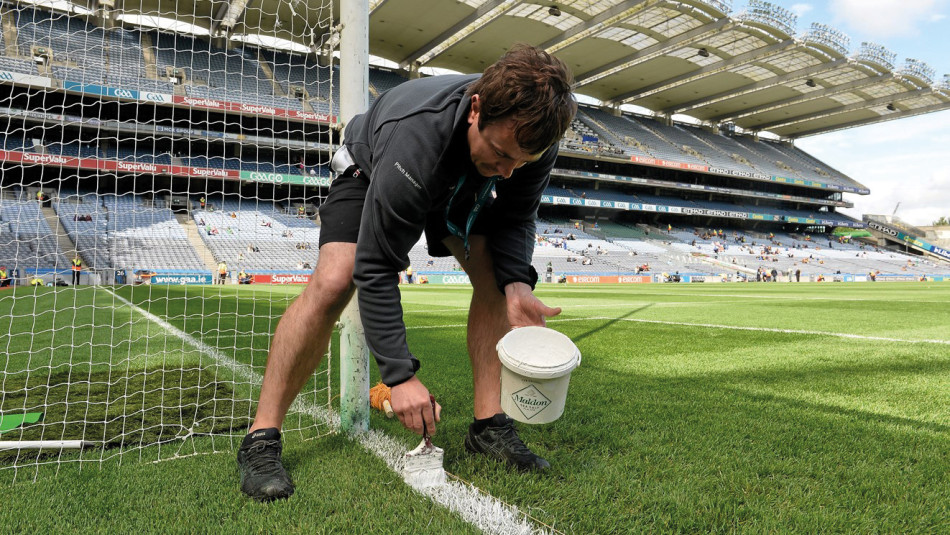 Soil and air temperatures are monitored regularly, moisture content is logged, weather forecasts are scrutinised and records are carefully kept.

And the groundstaff's work doesn't end when they clock off at the end of the working day. Tending to a living, breathing entity such as Croke Park really is a full-time job.

Recently installed technology means that all of the vital stats can be checked remotely and changes made from home. Sensors embedded in the pitch send all of the necessary data to the staff's computers, meaning they can look after it twenty-four hours a day.

An unexpected frost arrives? No problem - the under soil heating can be turned up to make sure that the roots of the all-important grass are kept at a comfortable temperature. 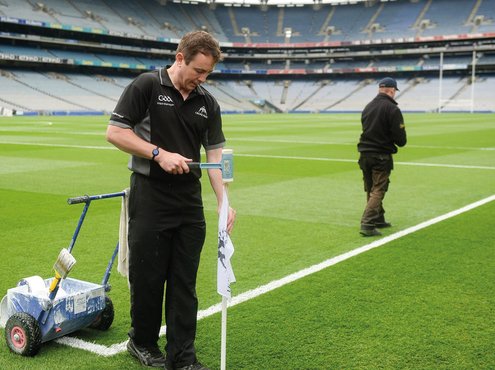 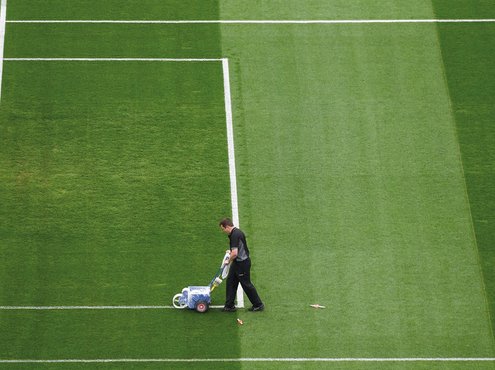 A downpour soaks the pitch the night before a big game, but after all of the staff have left for the day? That's not a problem either. The drainage systems can be kicked in with a simple click of the mouse, the excess water drawn away and the pitch kept in pristine condition.

"The start of the season is probably toughest for us, getting through the League series and moving into the Championship because weather conditions are against us," said Stuart, who was deputy head groundsman at both the Aviva Stadium and Arsenal's Emirates Stadium before moving to Croke Park four years ago.

"You'll find it's generally cooler and wetter in that period and also the shade aspect in the stadium plays a part - it's a huge stadium and not a lot of light gets in at that time of the year. Growth can be slow, which has a real affect on what we do."

"The one thing we strive for, and I drum this into my lads day in, day out, is that the pitch is for players and the players are the most important people for us. We want to ensure that we have a safe and stable surface to play on."

Croke Park has a special place in Irish life and, during the summer, if the playing surface isn't just right, everyone has something to say about it.

In the early years following GAA Headquarters' redevelopment (completed in 2002), the pitch caused plenty of trouble. 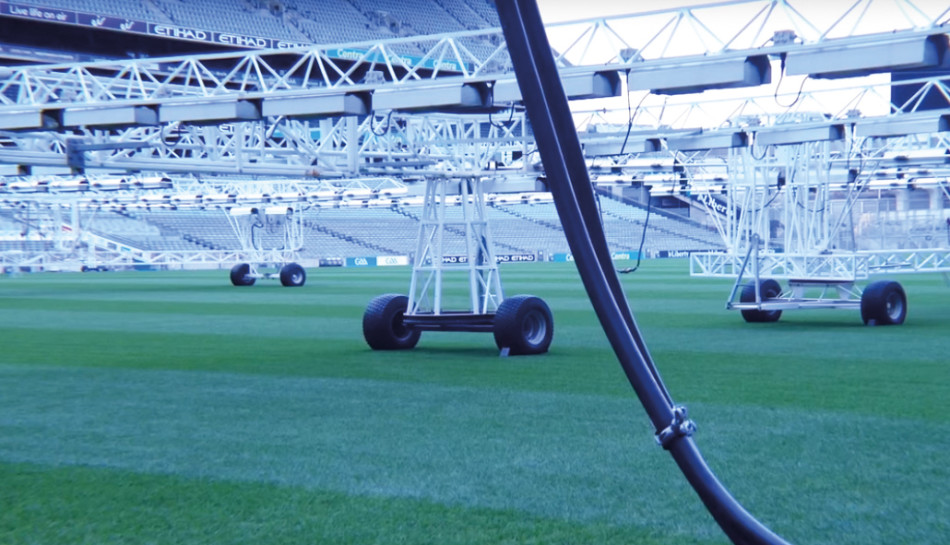 It was often too hard and, with a bit of rain added, it became slippery and caused players, management, fans and Croke Park's operators plenty of worries.

Many solutions were tried, including the addition of synthetic grass amongst the natural sward in an attempt to stabilise the surface, before the perfect balance was struck.

Croke Park is now a 100 percent natural grass pitch and Stuart is proud at how well it has performed over the past two seasons.

"I suppose there is a part of you that is obsessed with it because, if you didn't have that, you're probably in the wrong job," he explained.

"In a stadium like Croke Park, where the fixtures come thick and fast during the Championship season where it's game after game, week after week, there has to be a bit of an obsession because, if not, you'd probably be struggling."

Huge lighting rigs are used to stimulate this, though their use is limited as Croke Park aims to stay within its energy sustainability limits. It also has far higher usage than virtually any comparable stadium around the world.

A busy Premier League venue in England might get 30-40 games per year, whilst national grounds may see half of that. Croke Park had 69 fixtures in 2015, 15 Go Games days for primary school children and three sell-out concerts which saw the pitch host huge stages and 40,000 standing gig-goers.

"That is a huge challenge," remarked Stuart. "We are dealing with a natural pitch that has no (synthetic) reinforcements, so it can be very, very challenging to produce a good pitch."

"One of the big things that people don't probably appreciate is what we do is a science. You're looking at things like plant biology and soil science that play a huge part in what we do." 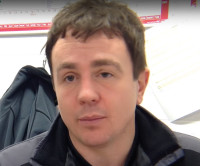 "Another thing that people don't realise is that it's what's underneath that really counts. You could produce an absolutely brilliant looking surface, but it might not play particularly well and it might not be stable, which is what we're looking for."

"The deeper the roots and the more root mass you have, the more stable the pitch is and then you know it's going to play well."

"Over the last four years, we've produced some fantastic roots beneath the pitch and we know with those roots the pitch is going to perform well with little damage."

This article first appeared on the GAA website with accompanying video. http://www.gaa.ie/features/feature/making-croke-park-pitch-perfect/