0 In extreme conditions, Carlisle United's true stars show why they're so special

Mario Balotelli, that renowned moral guide, once explained why he didn't go wild after scoring goals. "I'm only doing my job. When a postman delivers letters, does he celebrate?" 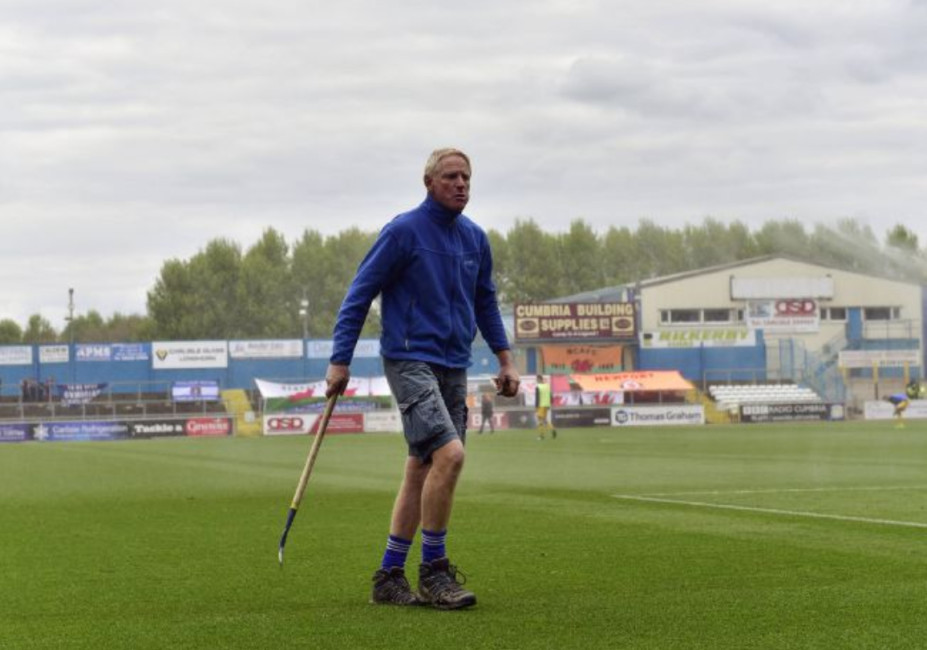 Okay, extreme example. But the general point holds. We should really save the pride and the praise for the extraordinary, not the everyday.

Preparing a football ground so that it can host a match is well within the standard remit of a groundsman. There are few occasions when he is entitled to high-five his colleagues just because things occur as intended from 3pm.

Last Saturday, though, was different, and if there was any proof needed that the people in charge of Brunton Park's most important parts are a little above the norm, here it was.

Truly, Carlisle versus Grimsby should have had next to no chance. The Beast from the East had showered pitch, stands and walkways with snow, the same as all those grounds in the country where defeat was admitted.

Pitch inspections were failed, the inevitable accepted and, in the Championship, six games fell. In League One, seven went. In League Two, nine. The layman strolling into Brunton Park, as I did last Friday morning, wouldn't have given United much hope either.

It was an almost entirely white scene. The terraces, being shovelled and scraped by an admirable team of volunteers and staff, looked particularly treacherous. Even a good distance up into the Pioneer Stand you would not have wished to walk in front of a row of its seating at any sort of pace. 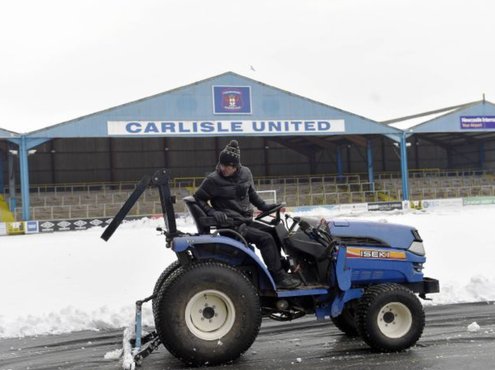 In the middle of all this, pausing to chat without the slightest air of pessimism, was David Mitchell, United's stadium manager. It is normally Mitchell's job to anticipate what others cannot, in terms of what nature may bring, but these were extreme conditions - and yet he had nailed it once again.

Don't worry about the pitch, was the quietly confident suggestion, and with all these people helping around the ground, we'll have every chance.

This is what makes Mitchell and his team special. It is hardly as if Carlisle got a pardon from the adverse weather engulfing other parts of the UK. Although other clubs also had it very bad - in some cases a fresh heap of snow being dumped on their stadium just as they had cleared the first load - Brunton Park wasn't exactly spared.

It was, in many respects, an even field. Yet, through covering the pitch long in anticipation of the wintry deluge, and co-ordinating a positive plan of several parts, United were able to unveil just about the only rectangle of green in the county come Saturday morning.

The referee who visited the previous day was satisfied not only by the small portion of grass he saw, but also United's assurances. The condition of the rest of the ground was acceptable to those in charge of safety and, with the EFL having urged the club to do all it could to get the ground ready in spite of the climate, Carlisle had risen to the challenge.

It is at this point that those lambasting the club for staging a game during uncertain travelling conditions were shooting a little off-target. Carlisle United were some way down the list of organisations whose task it was to pronounce on which roads were safe and which were not, which routes were sensible and which appeared too risky.