When the route for HS2 was announced, Ingestre Park Golf Club's existence was threatened. Club officials successfully battled hard to save its future. Twelve new holes, plus some reconfiguration were required and Master Greenkeeper Phil Helmn was brought in to oversee the work. In this article, he details the work being undertaken. 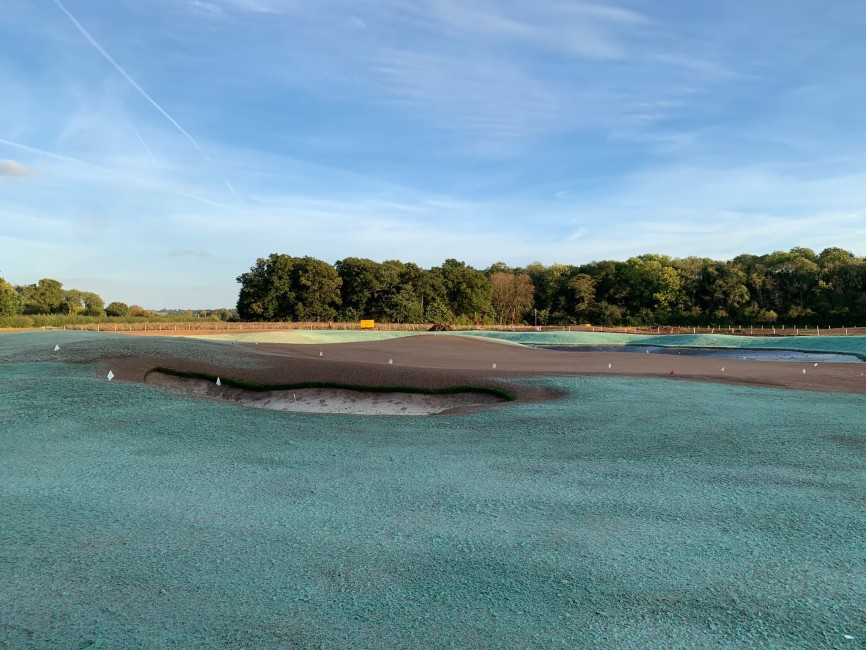 Ingestre Park Golf Club is located deep in the rural Staffordshire countryside situated less than six miles from Stafford town centre. The club is set in the grounds of Ingestre Hall and so peaceful are they that the only noises you may hear are the birds singing and the odd shout of "FORE." The course offers an enjoyable and testing game of golf to players of all abilities. At 6334 yards in length, from the tee on the first hole to the pin on the eighteenth, it is quite a considerable length and, as such, has more than the odd long hole, which is no doubt music to the ears of the big hitters.

Since its creation it has undergone several name and location changes but, nevertheless, has become known as a hidden gem in the Midlands.

Formed in 1913, the club was initially known as the Stafford Artisans Golf Club, a nine-hole golf course created on common land in Stafford. Play could not take place on Sundays nor during April, May and June as this was the prime time for cattle to graze on the lush grass.

War broke out, golfers became disillusioned with cattle roaming the course and no clubhouse existed so, in 1921, the members rented land at Kingston Hill, Stafford and a new nine-hole course was laid out in seven weeks. Kingston Hill Golf Club was formed, and this was the start of fifty-seven years of golf at that venue.

The land known as Kingston Hill Golf Club was part of the estate owned by the Earl of Shrewsbury which was split into lots, and each was sold by auction. The club land was acquired by a development company for housing, but they were not granted planning permission until the golf club was rehomed. So, in 1969, the land on which Ingestre Park now resides was suggested as a possible site for a new golf course.

Work started on an 18-hole Course, designed by Mr Jiggins of F W Hawtree & Co. and was constructed, along with a purpose-built clubhouse, and the club officially became Ingestre Park Golf Club on 1st January 1978, with the clubhouse opening in February 1978. Thirteen years later, the freehold of the land was purchased and the club deemed that Ingestre would be its forever home. 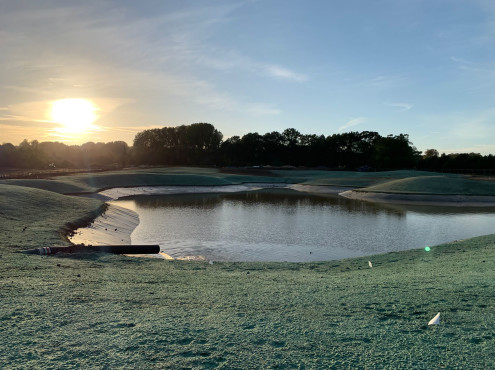 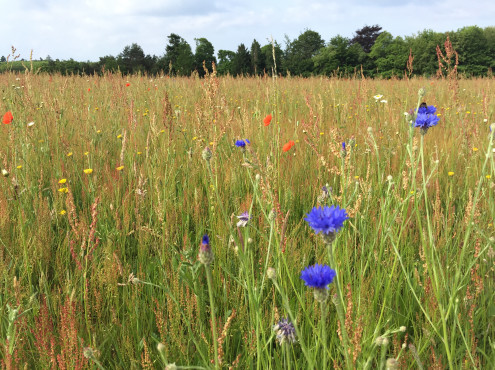 All was well and the club prospered but, in 2013, it was announced by the Government that the new High-Speed Rail Two link was to come through the club's land dissecting the course in two. Club officials, led predominantly by Geoff Matthews and Mel Jones, fought to save the club for over eight years before finally reaching an agreement in 2021 for the construction of twelve new holes and the rebuilding of the remainder, amending the configuration of the course and allowing prosperity for the future.

With the club's negotiations finally completed, Jon Hunt, lead architect from International Design Group Ltd., could begin mapping out the new course. The complexity of redesigning a large part of the existing course, whilst all the time making sure it matched the feel of his new creation on the adjoining land, was a crucial element to his brief, one which he's come up trumps with by the way!

I was very fortunate to be chosen to join the team at Ingestre in July of this year. My brief was to assist the existing greens team, working alongside Martin Cox the Greens Director and the other directors, in maintaining the original 18-hole golf course and lead the grow-in of the new golf course alongside. The overall aim, to nurture both team and turf and assist in the smooth transition from one golf course to the other as seamlessly as possible. I saw my new role being broken down into three key areas: 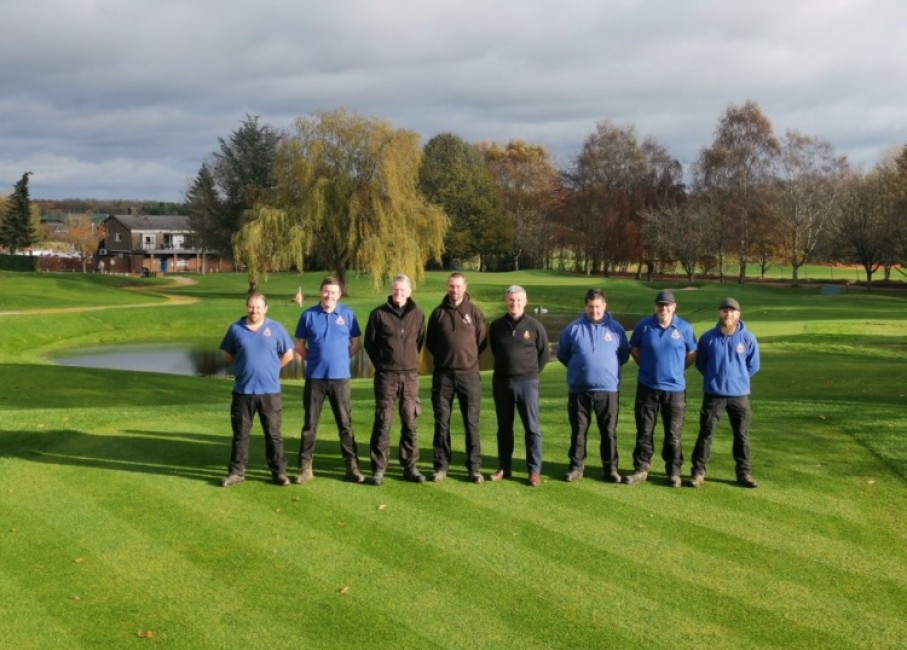 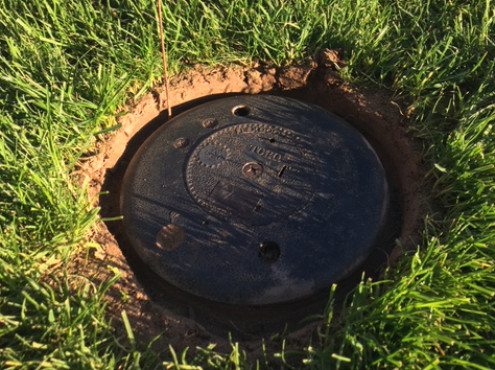 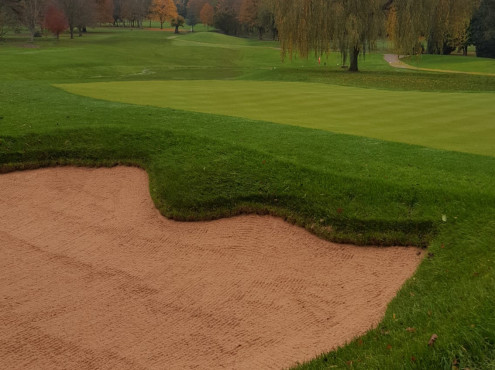 MJ Abbotts, one of the country's leading sports turf contractors, started construction in the spring of 2021 with the overall agreed project timeline being three years - spring 2021 to summer 2024. Work began in earnest and great progress was initially made. However, Ingestre Park's indigenous soil type is beautifully rich and moderately heavy which has the benefit, at the height of season, of growing grass like a grass factory. Abbotts had already recognised that the land, once stripped of vegetation, became very wet very quickly and became difficult to work (almost unmanageable) after heavy rainfall. As all managers of fine turf will testify, last year was extremely wet and this did hinder the build progress, but programmes were maintained despite early setbacks. The construction team, headed up by Anthony Brookes, persevered and finally completed three holes (1st, 9th and 18th) in late summer and handed them over to the Ingestre grow-in team.

As you might imagine, the design specifies extensive drainage systems, especially for all major playing surfaces. Fairway drainage is to be installed on all fourteen fairways (par 4s and 5s) at six metre centres (fifteen miles in total), complete with water catching swales and run offs, in an attempt to future proof the new course from heavy downpours. All these water harvesting features fall to a specifically designed lake system (three in total) as well as an elaborate lattice of well-planned streams and ditch lines. Two of the largest lakes double up as irrigation reservoirs. Cleverly, they are interlinked and both benefit from harvested drainage water as well as natural underground springs which were discovered during construction works. These large bodies of water will be needed to feed the extensive Toro Infinite irrigation 'valve in head' system which covers greens, tees, approaches complete with double (some holes triple) row fairway layouts.

Johnsons seed has been used on greens to create a mono stand of pure brown top bent (all bent) sown at 35gms/m2. Mix contains 70% Arrowtown and 30% Manor Browntop bent. 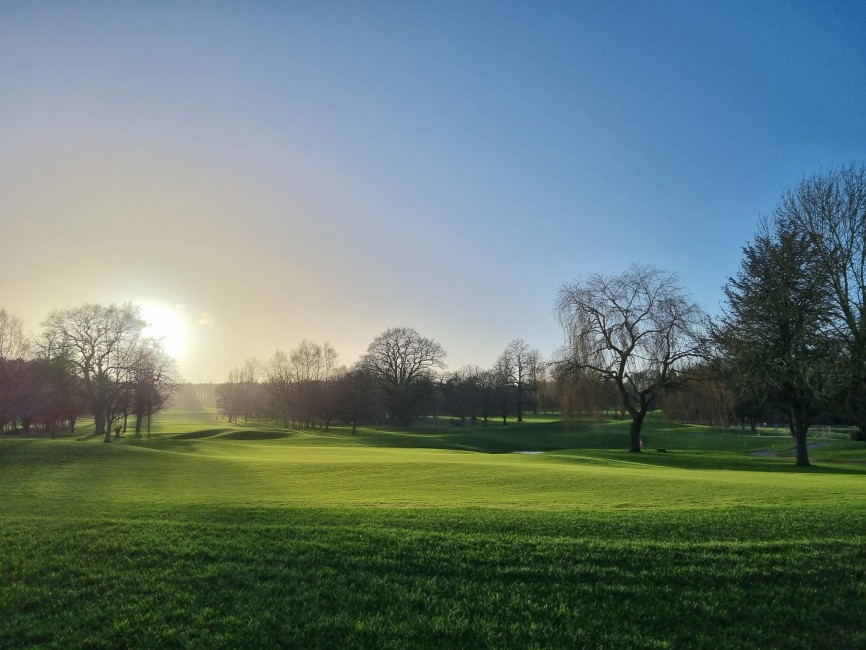 Natural rough areas will be sown with a fescue-based mix with a specific wildflowers mix sown at 5gms/m2. These areas have been specifically stripped of topsoil, so to create a more impoverished growing medium which favours these species and is designed to create environmental 'buffer zones' around the boundary of the new course. Mix contains 20% strong creeping red fescue, 10% slender creeping red fescue, 55% Chewings red fescue and 5% hard fescue plus 10% wild flower.

As you might expect, greens have been constructed to USGA type specification, as have all approaches. These approaches have also been sand capped and form a 200m2 area in the lead up to every green. Greens have been encircled with a vapour membrane to stop ingress of soil into the rootzone and to reduce moisture loss from the green to surrounding soil. Something that I haven't come across before is the added addition of a perimeter coil of cable to act as a 'tracer' which, when plugged in to electrics, can be used to trace and find the edge of the rootzone in years to come!

The plan also incorporates four miles of cart paths, 70,000 native whips and fifty-two new bunkers. These have been lined with new generation Whitemoss bunker mat complete with revetted turf edges. Sand is local Mansfield sand which has excellent porosity and will further help reduce flooding on this potential wet site.

From a personal perspective, I believe the project at Ingestre is very special indeed and has brought together the very best teams and companies currently in the industry to create, what will be, an unquestionably exceptional golf course. Most of us in the industry know that the Midlands has a plethora of top-quality golf courses and, once completed, Ingestre Park will be right up there with the best of them! Watch out for their name in the future and I hope to have the opportunity to bring you all up to date with a report once the job's done! 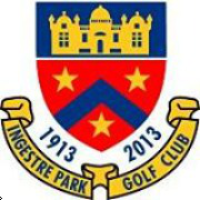