0 It’s always Terrain when it pours

Enable Leisure and Culture (ELC) is a registered charity, contracted by Wandsworth Council to manage and develop the council's parks, commons and playgrounds. Working in conjunction with sub-contractors such as idverde. ELC takes responsibility for monitoring the grounds maintenance across a total of 200 sites. 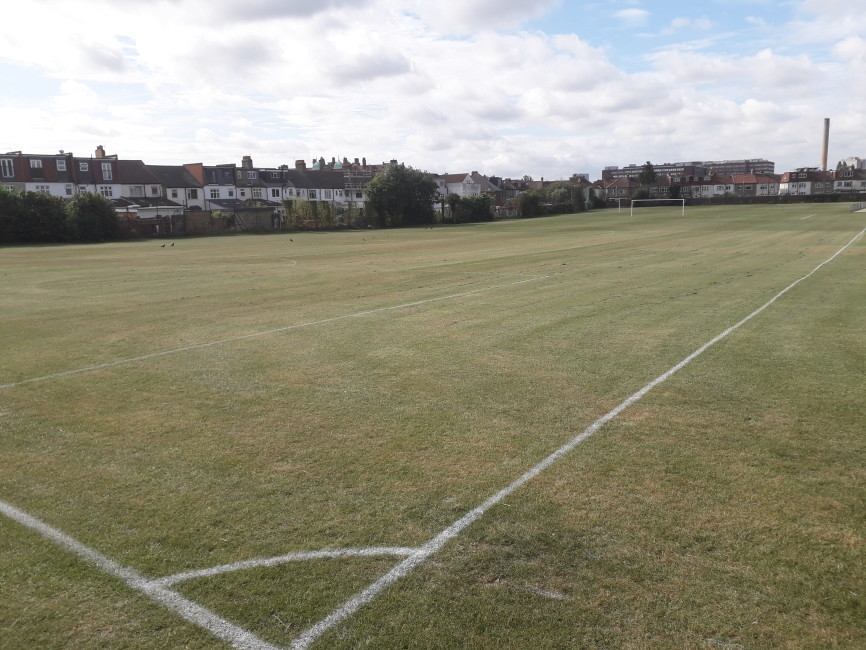 Enable also advises Wandsworth Council on its responsibilities with respect to legislation relating to biodiversity and best practice in the ecological maintenance of parks. Among the sites under their watchful eye are the sports pitches, of which there are 95 football pitches, 10 cricket squares, bowling greens and running tracks.

"A lot of the sites are on made up ground and experience major problems with drainage," says Andrew Green, Enable's Parks Officer, Sports Provisions. "We have carried out aeration down to 300mm but it's not enough to get to the pans."

Andrew called on the services of Terrain Aeration whom he has used for around 20 years to deal with waterlogging problems, most recently for Tooting Common, with its six senior football pitches which became waterlogged in the winter season; along with Garratt Park and Fishponds Playing Fields. Terrain Aeration's Terralift was brought in to apply deep penetration aeration to relieve the problem. The machine uses a JCB road breaker hammer to drive a hollow probe one metre into the soil. This is needed, especially on made up ground, because it is usually so compact at depth it requires the hammer to get through. Once the probe reaches the optimum depth, compressed air is released up to a maximum of 20Bar (280psi). This blast fractures the compacted soil to allow drainage and deep aeration. 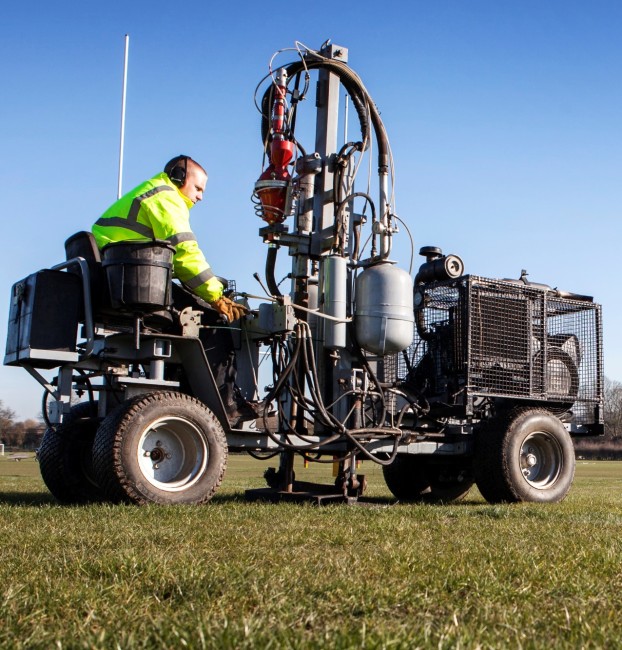 Terralift in close-up driving the probe one metre deep and blasting compressed air to aerate and relieve the compaction and waterlogging.

The probe is withdrawn and, in the case of the work for Wandsworth, the process repeated using one and a half metre spacings on a staggered grid pattern. This means each shot interconnects the fissures. On the tail end of the blast, dried seaweed is injected which sticks to the walls of the fractures and fissures. Over time, this expands and contracts with the moisture content in the soil to effectively keep the ground drained. At Wandsworth the 1½" probe holes created by the Terralift machine were backfilled with Lytag aggregate to provide a semi-permanent aeration/ventilation shaft, helping to keep the whole aeration process working. Put simply, Andy Green says: "We wouldn't do it if it didn't work. We find the Terrain Aeration process is a cost-effective solution, without the need to dig up pitches and lay drainage.