by Football Foundation
in Synthetics and Football
on 10 Nov 2019 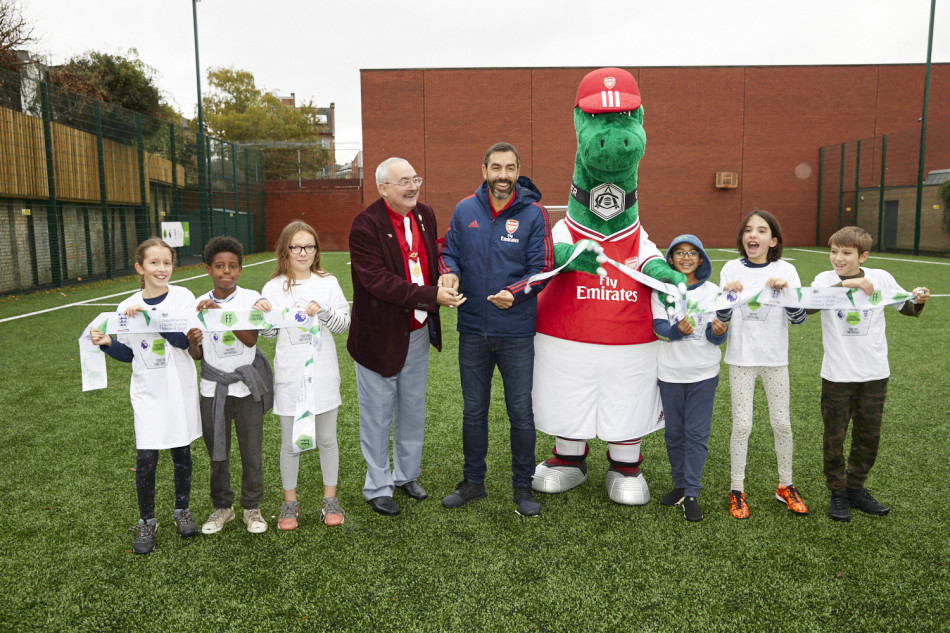 The new pitch was made possible thanks to investment from the Premier League, The FA and Government's Football Foundation, as well as contributions from Camden Council, the London Marathon Charitable and The Arsenal Foundation.

After netting a £176,409 grant from the Football Foundation, work begun on the site in July 2019. Camden Council also contributed £100,000, whilst the London Marathon Charitable Trust and The Arsenal Foundation pledged £55,000 and £20,000 respectively.

The project was undertaken to upgrade the school's 20-year-old macadam pitch that had received no investment since its original construction. It has now been replaced by a 44m x 25m floodlit 3G pitch, which also features a spectator area and a community access ramp to support those with disabilities.

The facility is expected to spark a significant rise in participation within the area, with the site having previously been used exclusively by the school.

The pitch will now provide a new training base for local partner clubs and community organisations, offering them a safe and clean environment in which to play.

In addition, the site will also be used by Arsenal in the Community to deliver several of their more prominent community schemes, including Premier League Kicks.

Kicks sessions for local youths, curriculum time football sessions for Fleet School and the Camden Centre for Learning Pupil Referral Unit (which are both based at the site) and a weekend league for local grassroots teams.

Former Arsenal and France midfielder, Robert Pires, said: "It's very important to be here for the opening of this new pitch. We need to work together to build as many pitches (as possible) in and around London.

"Of course, you can play football on the street, but if you have the opportunity to play football on pitches like this it is the best. It's a better experience and maybe you can improve, maybe you can learn. To see lots of smiles on the faces of the kids playing here shows us why it is so important to have these facilities."

Councillor Jonathan Simpson, Cabinet Member for Promoting Culture and Communities, Camden Council, said: "I am very excited about the opening of Fleet Primary School's new state-of-the-art football pitch and how it will benefit the community and its young people.

"Now both the school's students and children in the surrounding area will have the chance to get involved and play football on a fantastic facility - and, who knows, perhaps follow in the footsteps of Robert Pires?

"Grassroots sports are vital to our community - they ensure children and young people remain active and healthy, as well as offering them the opportunity to play in a team with other young people and, most importantly, have a really great time."