Italy will stage the 2022 Ryder Cup at the Marco Simone course - 17 miles north-east of central Rome - for the 44th edition of the biennial contest against the USA. It beat off Austria, Germany and Spain in the bidding process and stages the match for the first time. 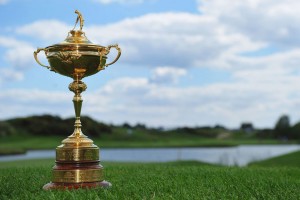 "What a day for Italian Golf … Ryder Cup in 2022 in Rome!!!" read a tweet from the Italian Ryder Cup player Edoardo Molinari while his young countryman Matteo Manassero, yet to appear for Europe in the match, wrote: "I guess it's time to start playing and [reach] the biggest goal I can have #rydercup2022 #Roma."

Spain, which staged the 1997 tournament at Valderrama, and Germany, yet to host one, were the perceived favourites but Italy's pledge to promote the Italian Open to a €7m tournament for 11 years from 2017 made the difference in the final analysis. Prize money at the 2016 event will also double from €1.5m to a minimum of €3m.