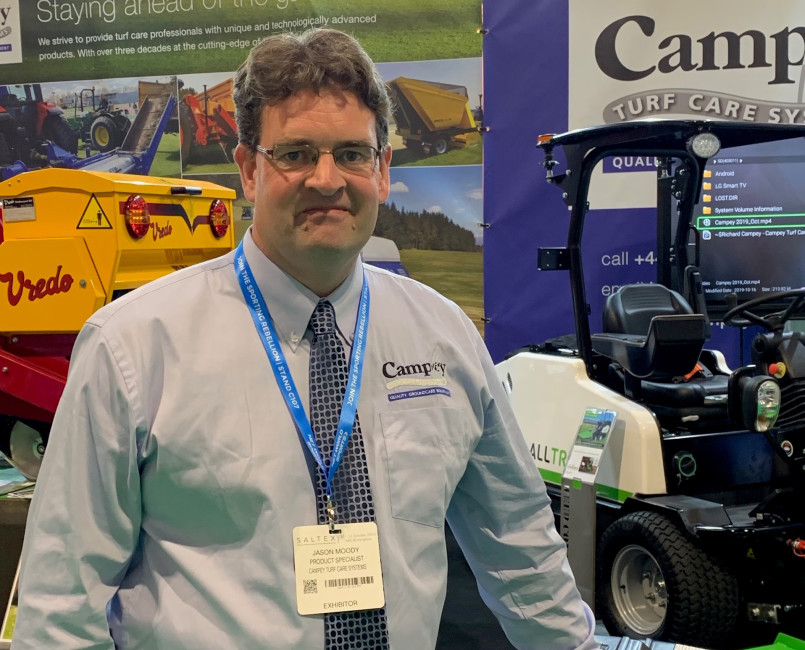 Jason brings almost three decades worth of greenkeeping experience to the Campey team having started in the industry at 16-years-old as an apprentice at Royal St. David's Golf Club, where he stayed for seven years.

He continued honing his skills at Botley Park Hotel where he took on the role of deputy course manager for the construction and grow-in of the new course before becoming course manager.

Five years as course manager at Canterbury Golf Club and two years in Hertfordshire followed before Jason moved back to North Wales so he could be closer to his family. Over the next 13 years, he gained sales experience and returned to greenkeeping at Plassey Leisure Park, Wrexham, before taking on a new challenge at Campey.

"This is a fantastic opportunity," Jason said. "I hope my knowledge and experience can bring something to the business, and I'm very excited about the new challenge ahead.

"I've been aware of Campey during my career, and they've helped me throughout as a greenkeeper. I've seen the evolution of the company through my career and the impact they've had on greenkeeping. When I started in the industry, we were dressing greens by hand with wheelbarrows, and now we're using Dakota top dressers."

Campey managing director, Julia Campey commented: "We're very happy to welcome Jason to the Campey team. We always aim to give customers advice from a place of experience, and Jason is in a great position to do that because the knowledge he has gained during his time as a greenkeeper and working in sales."

Jason has already had the opportunity to meet customers from his area on the Campey stand at SALTEX 2019 and is now looking forward to getting out on-site to work with customers.