John Deere celebrated the achievements of the team at the US Turf Care manufacturing facility last month, as it commemorated its 20th anniversary. 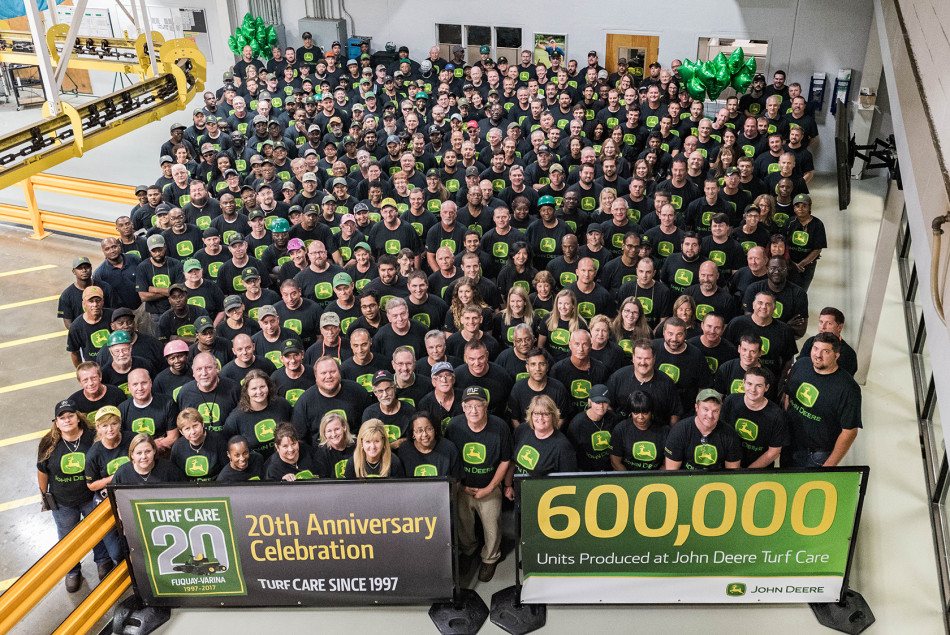 Located in Fuquay-Varina, North Carolina, the 335,000ft2 Turf Care factory first opened in 1997, producing lightweight fairway mowers. Over the next 20 years the facility has introduced several commercial and golf mowing innovations, and become an important manufacturing hub for the production of John Deere commercial equipment.

"Over the past 20 years, we've cultivated a team of professionals who take great pride in designing and manufacturing top quality products in the Turf Care facility," said Siva Sundaresan, factory manager and global director for commercial mowing and golf equipment at John Deere. "In addition to producing innovative equipment that is revolutionising the golf and landscaping industries, we are also proud to employ a team that is dedicated to bettering their local communities."

Since the production of the first fairway mower in 1997, the Turf Care factory has introduced more than 15 products into production, and celebrated further significant milestones along the way:

The Turf Care facility, which also operates a 320,000ft2 distribution warehouse in Benson, North Carolina, is not only heralded for its production records, but also for its dedication to employee safety and giving back to the local community, through volunteering with multiple local charities.

With this 20th anniversary, John Deere is also honouring 19 employees who have worked at Turf Care since the doors opened in 1997. The dedication of this select group is a lasting example of the impact the facility has in the industry and local communities.