by Peter Britton
in Pitchcare News, People, and Industry News
on 05 Jan 2016 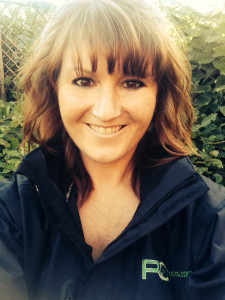 Kerry Haywood has assumed the role of editor of the Pitchcare magazine and website.

She joined Pitchcare a little under three years ago as Design & Advertising Manager before becoming Features Editor.

Her new role will include maintaining the high standard of articles for both media as well as attending industry events.

She will be well known to many, having previously worked for Greenkeeping magazine during its formative years, subsequently becoming its editor.

As well as her knowledge of the turfcare industry, Kerry has considerable experience working in the horticultural publications industry.

When she started her own business based in Derby she continued to work with companies in the sportsturf industry before joining a graphic design and web development agency designing magazines, websites, newsletters, corporate literature and "everything in-between".

Kerry said: "I'm very much looking forward to my new role as editor. We have some great new ideas for the website, which will be coming on stream throughout 2016. The hard copy magazine continues to provide an informative read for all those involved in the turfcare industry and, along with the editorial team, we will ensure that the high standards of its content are maintained."