Kidderminster Harriers football club has submitted a proposal to the Wyre Forest district council to build a new stadium, with facilities to benefit the town's local community. 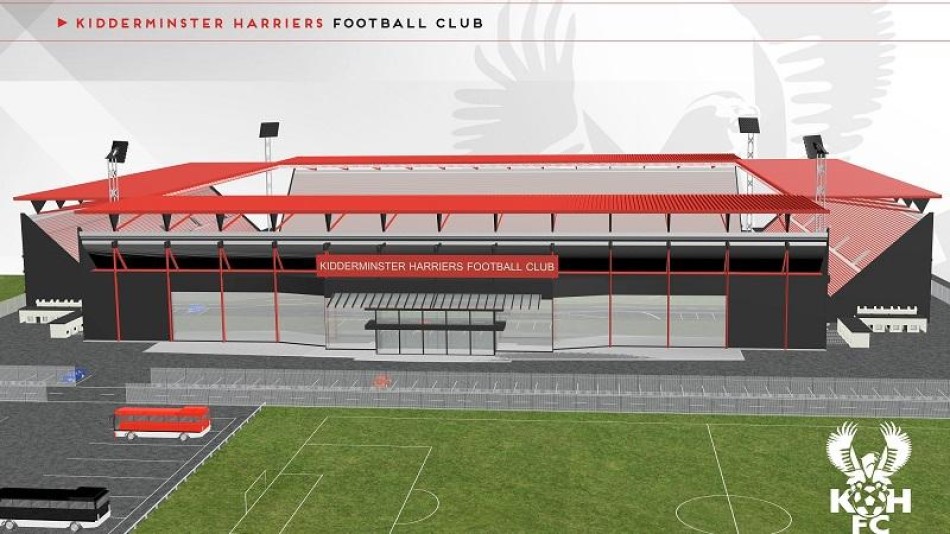 The National League North side is planning to prematurely end the lease on its current ground - the club's home since 1890 - allowing the council to redevelop it into housing.

Plans for the new venue would encompass a new, purpose-built stadium for Kidderminster Harriers, as well as a large training complex. In addition, the site would feature artificial pitches open to the public and educational facilities for all age groups.

The proposed new site would be located across the town at the Centre of Sporting Excellence, which is already home to the club's football academy and the first team's training pitches.

There has been some push back from fans against the decision, but Harriers chair Colin Gordon stated his believes that the move is necessary.

"The simple fact of the matter is that we cannot be at the heart of our community if we're sat in the middle of a housing estate - the local population is growing dramatically and we just aren't physically in the right position to offer what we believe a football club should offer its community," he said.

"On a Saturday afternoon we want the entire town to come and watch an attractive, winning product on the pitch, but from Monday to Friday we want people to come and learn with Kidderminster Harriers; to be educated and taught and to develop.

"We want to have the site as a place that acts as a real hub for the community."