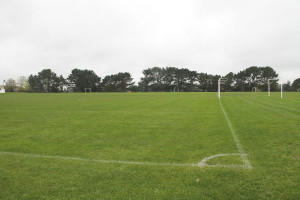 Working at the same venue for over thirty years is a rarity, but that is what Keith Wilcox, Head Groundsman at King George V Playing Fields (KGV) in Ferndown Dorset, has done.

He began his career working as a mobile groundsman for Hampshire County Council, but confesses that he had no formal training; "just learnt on the job ... although I have been on courses since."

Keith reports to the Administrator of the King Georges Fields Charity, Vanessa Ricketts, who is also Town Clerk of Ferndown Town Council and based at KGV. He leads the groundstaff team of Senior Groundsman, Alan Bradford, who has over twenty year's service and Groundsman, Eric Linge, who joined the team in June of last year. "Just starting on his journey," states Keith.

They maintain the grounds and sports facilities of both the Town Council and the King George's Field Charity and also take bookings and payment for hire of tennis courts, bowls greens and cricket and football pitches. 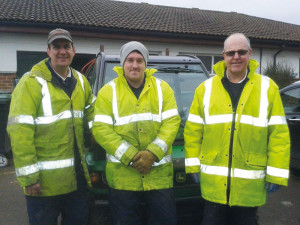 Keith also supervises the work of the KGV pavilion housekeeper, Christine Wilcox, and the town lengthman, Adrian Lewis, who works in and around Ferndown to improve the environment and street scene. His duties include maintaining flower beds, pruning bushes and trees, removing litter, cleaning, painting and maintaining rights of way, stiles and fences. Keith gets additional advice and help from agronomists and company sales reps.

The site comprises fifteen acres, of which nine host the four football pitches and cricket square and outfield. The rest is pine trees, typical of this part of Dorset, but does include the two pavilions, bowls green and a play area. There are also six tarmac tennis courts and a skate park.

The soil profile is sandy, again typical of this heathland area of Dorset, but does have good gravel band drainage. "We keep topdressing to the same profile and have pop-up sprinklers on the football pitches to help with seed germination in goal areas and centre circles," Keith explains.

The site is home to Ferndown Sports FC, but also hosts adult teams from the Bournemouth FA, along with cup semi-finals, youth and church leagues and casual games. This means game play is high and, from the start of the 2014 season, 166 games have been played over the four pitches. Keith added: "With January - April still to play, what has the Premier League got to moan about?"

The following maintenance regimes are carried out:

BOWLS: Summer - cut the green three times a week at 4.5mm with the Dennis FT61. "Once a month we lightly scarify with either Graden 1mm tines of Dennis cassette. We spike with a Sisis Arrow or sarrel cassette, cut, feed, spray and apply wetting agents, worm, moss and fungicide control.

Winter - cut the table to wicket height. Deep scarify using the Sisis Rotorake (four passes) deep scarify with the Graden (three or four passes) blow off rubbish, reseed as above, topdress with three tonne of Kaloam, brush and dragmat in and, finally, hollow tine crease ends.

FOOTBALL: Summer - scarify/chain harrow pitches, hire in slit seeder and topdresser. "We can put on 60 tonne 50/50 soil (something better than nothing) and hope for some rain, if not switch on the irrigation, apply liquid feed and weed spray if needed.

Winter - keep the pitches open and draining use Dabro slitter, which is the most used piece of equipment; chain harrow upside down - cannot beat them, mark weekly, although some weeks only need to mark goal lines. This year, spray for leather jackets. Apply sand in any wet areas.

"We also have six tennis courts and skatepark to maintain. These are treated with a moss killer as required."

There are plans to put another football pitch on nearby land, such is the demand.

Whilst the site doesn't suffer pests or disease, other than the occasional fox, worms have become a problem, which has been exacerbated by having to cut the grass deeper into the winter. "To date, we have made and put up over fifty bird boxes - more birds, less worms - and, last year, we started a wildflower area, which was not a great success; but it will be better this year," Keith promises.

Machinery is generally purchased new from a local dealer. Servicing is also carried out by a local mechanic. Keith's wish list is short - a verti-drain. 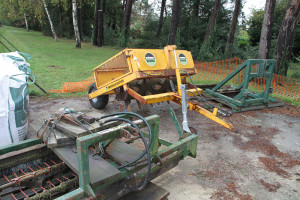